Mahindra has confirmed the launch for the new-gen XUV500 next year, and this upcoming seven-seat SUV could make its debut at the 2020 Auto Expo

The Mahindra XUV500 is set to get a fresh new model for the next year, which has been spied testing with camouflage on, a couple of times in the country already. Now, the images of a rendering of the second-gen XUV500 have hit the internet, and the car looks more rugged and sportier than the current-gen model.

The front of the car shares a lot of styling cues with its sub-compact SUV sibling, the XUV300. The car gets a dual-lamp setup for the headlight, integrated with inverted “L” shaped daytime running light, similar to that on the XUV300. The front grille remains the same as the current model on sale, while the front bumper is redesigned.

On the sides, the car comes equipped with a new set of chunky five-spoke dual-tone alloy wheels, along with functional roof rails. The cheetah claw door handles are replaced by flush handles, which were also spotted on the car’s test mules. The window line has lost the distinctive curve it has around the C-pillar on the current-gen XUV500, while the roofline has also been made less curvy. 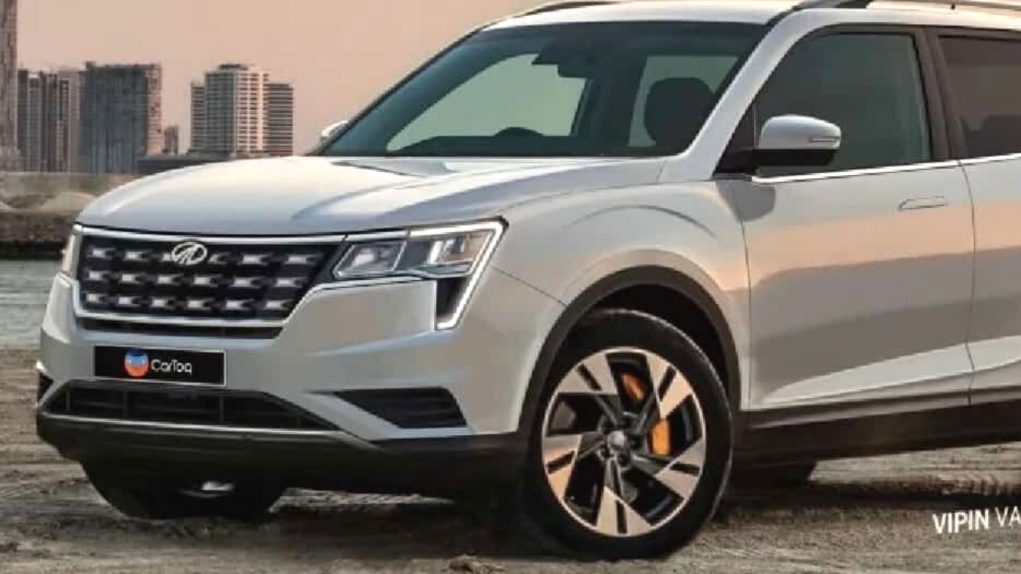 As of now, Mahindra offers the XUV500 in India with a 2.2-litre four-cylinder diesel engine, that produces 155 hp of power, and 360 Nm torque. As the deadline for BS6 emission norms nears, Mahindra will likely be upgrading the current-gen XUV500 with a new BS6-compliant 2.0-litre diesel engine. The said unit will also make its way to the next-gen model, which will be launched later next year.

The Mahindra XUV500 is currently priced between Rs 12.31 lakh and Rs 18.62 lakh (all prices, ex-showroom). The cost of upgradation to comply with the BS6 emission norms will be borne by the buyer, hence expect the prices of the car to go up.

Upon launch next year, the second-gen XUV500 will compete against the upcoming Tata Gravitas, along with the MG’s upcoming three-row SUV.