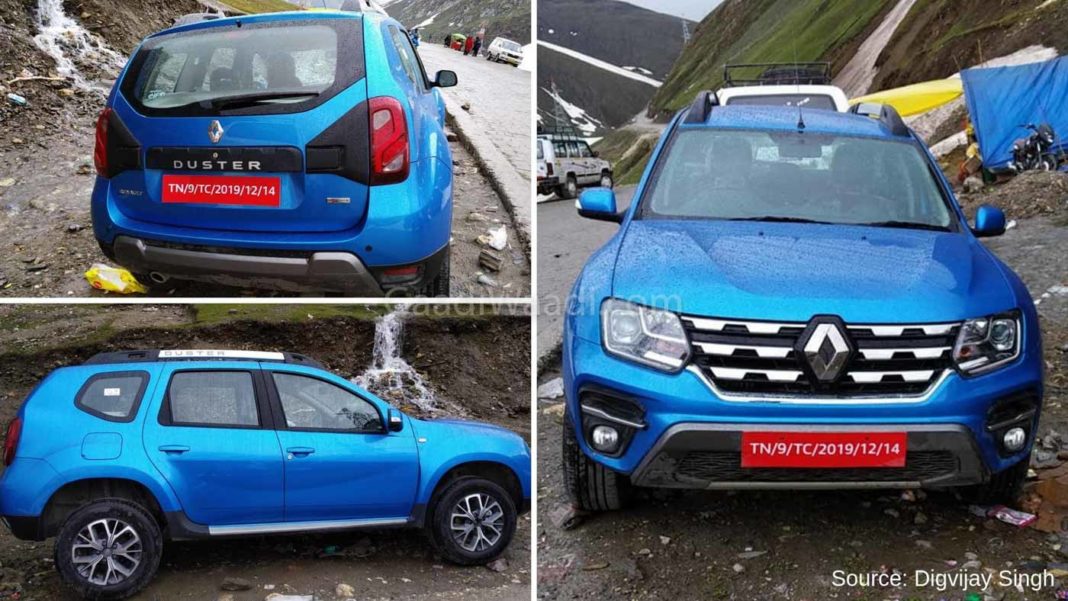 Renault India is giving the Duster another facelift this year as the structural changes enforced by the stricter safety regulations will be accompanied by cosmetic updates. Having been spotted testing undisguised, the 2019 Duster is all set to be introduced in the coming months and here are the five things you need to know about it:

The recent uncamouflaged spy shots indicate the presence of a new blue body point besides the exterior changes. The 2019 Renault Duster gets a redesigned bonnet, new chromed out triple-slat grille as seen in the global second-generation model, updated headlight cluster with projector lighting and LED Daytime Running Lights, reworked bumpers up front and rear and new fog lamp housing. 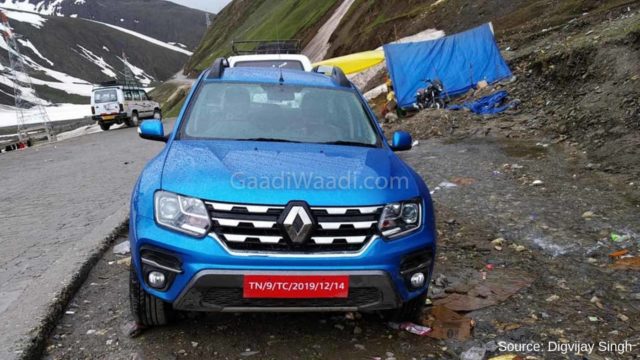 The interior gains its share of updates to keep the Duster fresh in the domestic market on the back of the rapidly arriving new rivals. It comes equipped with a brand new steering wheel taken from the Nissan Kicks and is also used in the second generation Duster, redesigned dashboard with blue inserts on the co-driver side, more premium metal finish and refreshed air con design. The infotainment system and instrument cluster appear to remain the same as the outgoing model.

Along with the mandatory structural changes it would have to go through, the facelifted Duster will offer dual front airbags, ABS (Anti-lock) Braking System, reverse parking sensors, front seatbelt reminder, speed alert function, speed sensing auto door locks, etc as standard fitment. The top-end variants could get as much as four airbags and a slew of electronic aids. 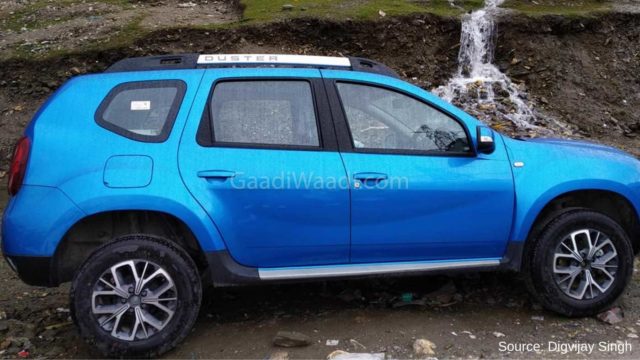 The Duster could become the first Renault model in India to adhere to BSVI compliance. The modified M0 platform based Duster will likely use the same 1.5-litre petrol and diesel engines. The former is mated to either a five-speed/six-speed manual or an AMT while the latter can be had with a choice of five-speed manual or a CVT.

Expect the 2019 Renault Duster to be priced between Rs. 8.5 lakh and Rs. 13.5 lakh (ex-showroom) at a slight premium over the outgoing model. Apart from the exterior and interior updates, Renault will try to pass on part of the cost incurred during engine upgrade to BSVI compliance.