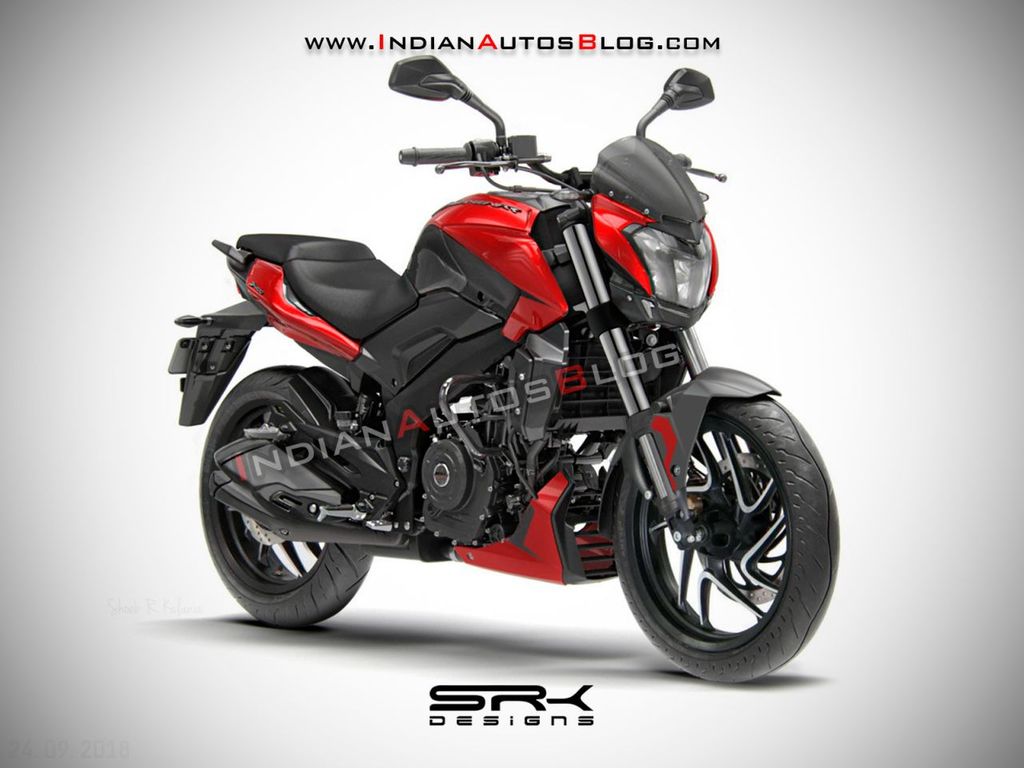 Recently IAB has rendered the upcoming 2019 Bajaj Dominar with the new set of technical hardware which you can expect in the soon to be launched motorcycle. The 2019 Bajaj Dominar was recently spotted while it was being tested. It featured some premium hardware in the form of a new upside-down telescopic fork, bigger radiator grille, and a new exhaust.

The digitally rendered image was drawn keeping the new Dominar in mind. The Dominar’s digital rendering which can be seen here gets a Red finish with few Blacked out features including the front forks and some part of the fuel tank.

Although it is not highlighted in this rendered image the 2019 Dominar will also feature a bigger radiator grille as well. As far as the updated Bajaj flagship offering is concerned apart from the USD forks and new exhaust canisters, no visible changes can be seen.

As far as the technical bit is concerned, Bajaj could possibly roll out the new Dominar with an updated BSVI compliant engine which will replace the current generations BSIV unit. The flagship Bajaj motorcycle which is on sale right now is powered by a 373cc single-cylinder, a liquid-cooled unit capable of producing about 35 PS of maximum power and 35 Nm of peak torque.

The 6-speed gearbox and slipper clutch will also be carried forward to the updated motorcycle as well. Expect the new updated Dominar to go on sale soon. With all the new changes and premium features expect it to also be priced slightly higher than the existing variants on sale.

The Dominar currently competes with the Royal Enfield’s Classic and Thunderbird series of Cruisers and received a lot of positive feedback from the buyers hopefully the updated motorcycle with new premium features will bring more to the plate and even make the Bajaj Dominar even more appealing and value for money package.