Renault is offering good discount deals on Kwid facelift, Duster facelift, Captur and Lodgy in the month of December 2019

Renault India has been enduring appreciable surge in sales volumes since the debut of the Triber in the domestic market and the facelift Kwid is doing its bit in increasing the total domestic figures. In the final month of the year, Renault is offering attractive discount deals across the majority of its products sold locally.

The European carmaker posted a massive growth of 77 per cent in November 2019 as 10,882 units were retailed against 6,134 units during the same month last year. Renault grabbed 4.1 per cent market share last month as the Triber and Kwid facelift combined to register more than 10,000 units in the overall total.

The updated Renault Kwid entered the market in early October 2019 and is currently offered with Rs. 10,000 cash discount, Rs. 10,000 exchange bonus when exchanged with an old Renault model or additional loyalty discount of Rs. 5,000 along with warranty for four years and zero per cent interest rate. Renault does not sell the Lodgy with any benefits this month as it is a brand new model but the Captur can be had with cash discount of up to Rs. 3 lakh. This was mainly due to the underwhelming response received for the mid-size SUV as it could not cope against more convincing and advanced rivals in the segment.

The Lodgy, on the other hand, comes with up to Rs. 2 lakh cash discount in December 2019. Both the Lodgy and Captur may not continue to exist in the BSVI era but no confirmation has been made yet. The facelifted Duster is sold with Rs. 20,000 exchange bonus and free insurance for the first year. 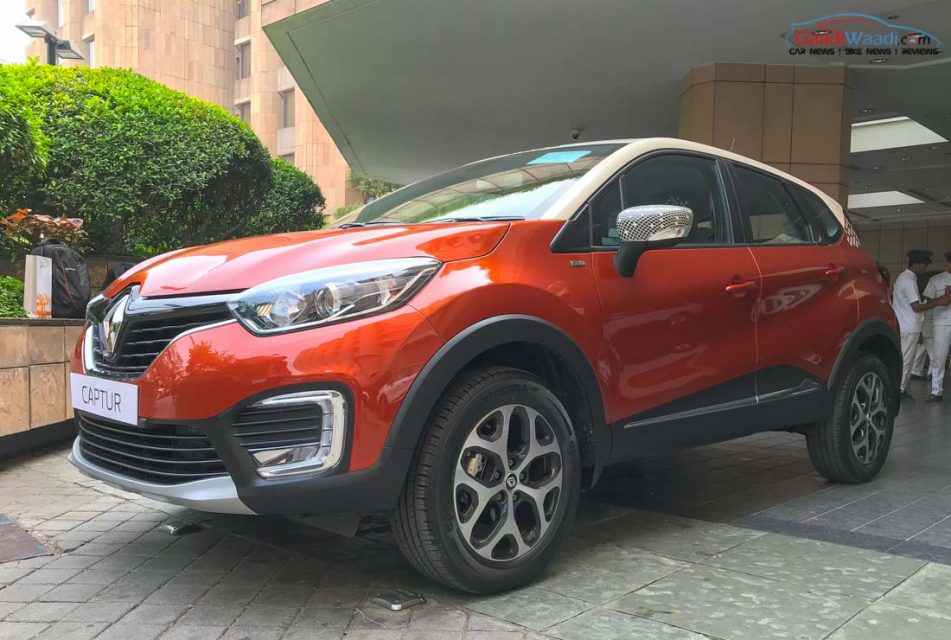 Under the lucky draw celebrating six lakh consumers, a select few can get accessories, electronic items and gift voucher. The company is also providing an additional corporate discount of Rs. 5,000 on select models while the zero per cent interest scheme is exclusive for the Renault for a year and a half finance from Renault Finance for a loan of up to Rs. 2.2 lakh.