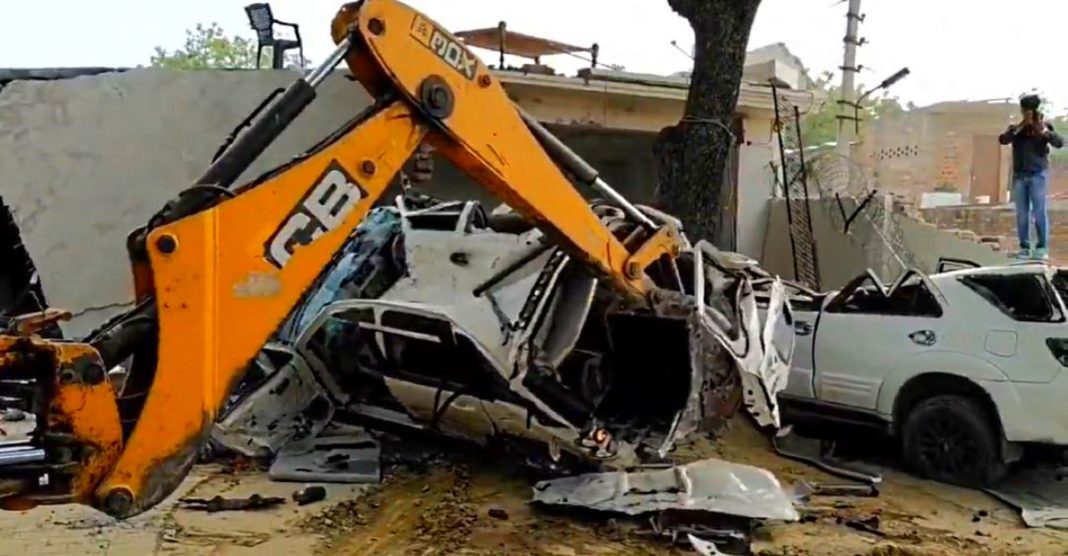 Apart from a widescale operation to catch the infamous gangster, Vikas Dubey, UP Police has also demolished his house. The gangster’s residence in Bithur, Kanpur, was razed to the ground by a JCB backhoe by government officials on the Saturday following the shootout. Apart from the residence, two SUVs and a tractor were also demolished.

The action follows after a botched police operation to arrest Dubey, who has nearly 60 charges of murder and attempted murder on his head. According to recent reports, Dubey was warned by his informants in the police force. When the cops reached there to make the arrest, Dubey and his gang opened fire on them. Eight policemen were killed during the shootout.

One member of the gang has been arrested and admitted to the hospital on account of a bullet injury on his leg. Police have stated that his condition is now stable, and there will be further investigation to unmask corrupt cops involved with Dubey. Several others have been detained for questioning. It is not known yet how the details of the operations were leaked.

How does this help in nabbing Vikas Dubey ?🙄 pic.twitter.com/ovdSxoTo3a

Government officials in UP took a JCB backhoe loader to Dubey’s residence on the following Saturday and demolished it. Two SUVs, which were parked in the premises, were also destroyed, along with a tractor as well. The action has invited mixed opinions from the public. Some people believe it was correct to destroy the property owned by the prime accused in the shootout, as payback for killing the policemen.

Others, however, argue that destruction of the property achieves nothing, and it would have been better if the assets were seized and then auctioned. The money from the proceedings could have gone to the families of the affected. The legality of this action has also been called to question by many. 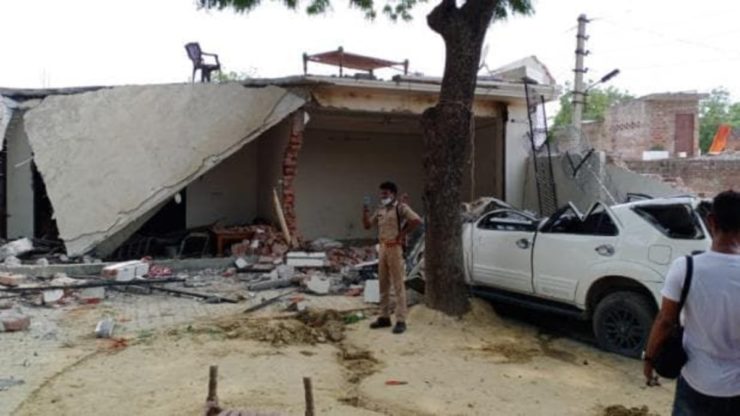 The vehicles destroyed in the video include a Mahindra Scorpio and a Toyota Fortuner. Both of these are extremely popular ladder-frame SUVs, extremely tough and rugged. Of course, the JCB flattens them out almost completely, repeatedly pummelling them with its backhoe. There was an old tractor also present there, which suffered the same fate.