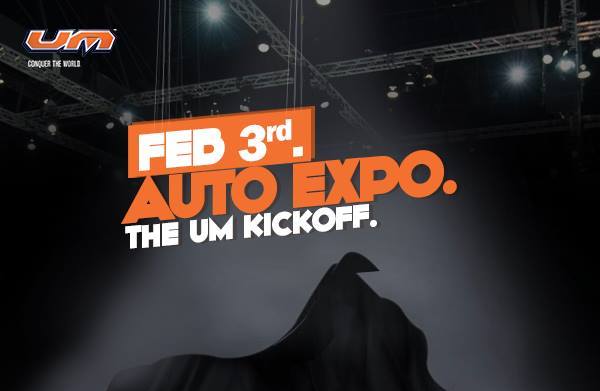 The UM Renegade Commando and Sport S cruiser are the motorcycle that have been teased again and again through various formats. However, after unveiling them at the last Auto Expo, the motorcycles from UM have been teased through couple of images ahead of their launch in India at the Auto Expo 2016. The UM motorcycle as we know has come to India along with a partnership with India’s Lohia Auto to manufacture its products and hence keep the pricing competitive.

UM operations in India will witness two stages when it comes to launching their motorcycle. The initial phase is to launch the Renegade line of cruisers up and then later it will launch naked compact sports bikes in the second stage. Talking about the product itself, the UM Renegade Commando is a distinct looking compact cruiser which is available with two engine to choose from.

The smaller entry-level engine is a 150cc air-cooled engine which makes 16.55 PS and 14.14 Nm of torque. The bigger is the quarter liter, 223cc air-cooled motor that churns out 18 hp and 15.5 Nm of torque. Both these engines are combined to a 5-speed transmission that send the power to the rear wheels. UM Renegade Sport S on the other hand which was unveiled at the EICMA motor show in the year 2015 is a flagship cruiser with a large headlamp cowl and premium styling to distinguish itself. UM Renegade Sport S will positioned as an upmarket cruiser and is powered by a 279cc single-cylinder liquid-cooled engine and makes 26.6 PS and 22.76 Nm and all of that is mated to a 6-speed transmission. Launch is at the Auto Expo stall of the company that happens on the first day and that is 3rd February. There is a lot of queries for these motorcycles and we hope the motorcycles live up to the hype and expectations.