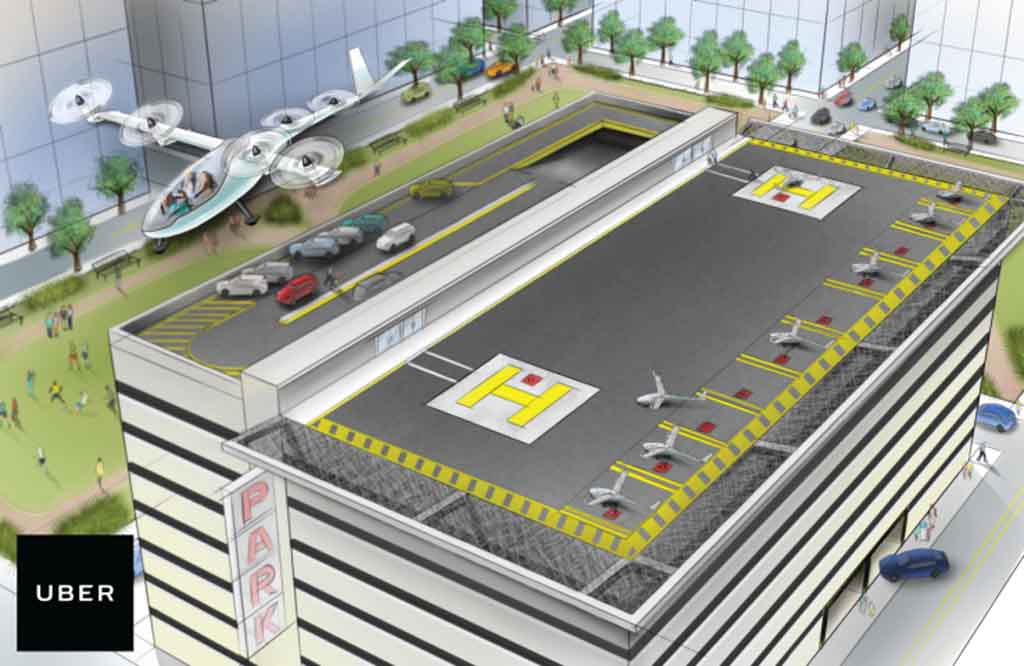 Initially the Uber flying taxis will be launched in Texas and Dubai using small electric VTOL aircrafts; passengers will be charged $1.32 per mile

Uber is planning to introduce flying taxi service by 2020. Initially the service is expected to be rolled out in Texas and Dubai and will be launched in several other countries at later stage. The app-based cab service provider believes it will be the most convenient daily long-distance commuting service in the heavily congested urban areas. Also, the flying taxi service could prove to be safer and cheaper transportation option compared to the cars.

For the flying taxi service, Uber will use a fleet of small electric powered VTOL (Vertical Take-Off and Landing) aircrafts and the passengers will have to pay $1.32 per mile for commuting in these flying taxis. The company also claims that the fare will be reduced over time and it hopes one day flying taxis will offer cheaper service than the cars.

The electric powered small VTOL aircrafts will come incorporating autonomous technology and due to the Distributed Electric Propulsion (DEP), these aircrafts will provide a noise-less flying experience. This service will not only be quieter and more convenient, but it will be safer as well alongside being environment friendly also. Currently more than a dozen companies are working on the project.

Uber says that VTOL aircrafts will be much more affordable than conventional cars. If the flying taxi service sees success, then the production of VTOL electric aircrafts can see a boost and therefore price will automatically be reduced. Uber says, this way, the app-based cab provider bring a revolution in the sector commuting mediums as there are chance that in future, people will use VTOL aircrafts for personal commuting instead of cars.

However, there are several challenges waiting for Uber. The new aircrafts have to go through several test procedures, while the battery technology, autonomous technology need improvement. Also, the landing pads could be a problem too, but the company is very much ambitious about this dream project.