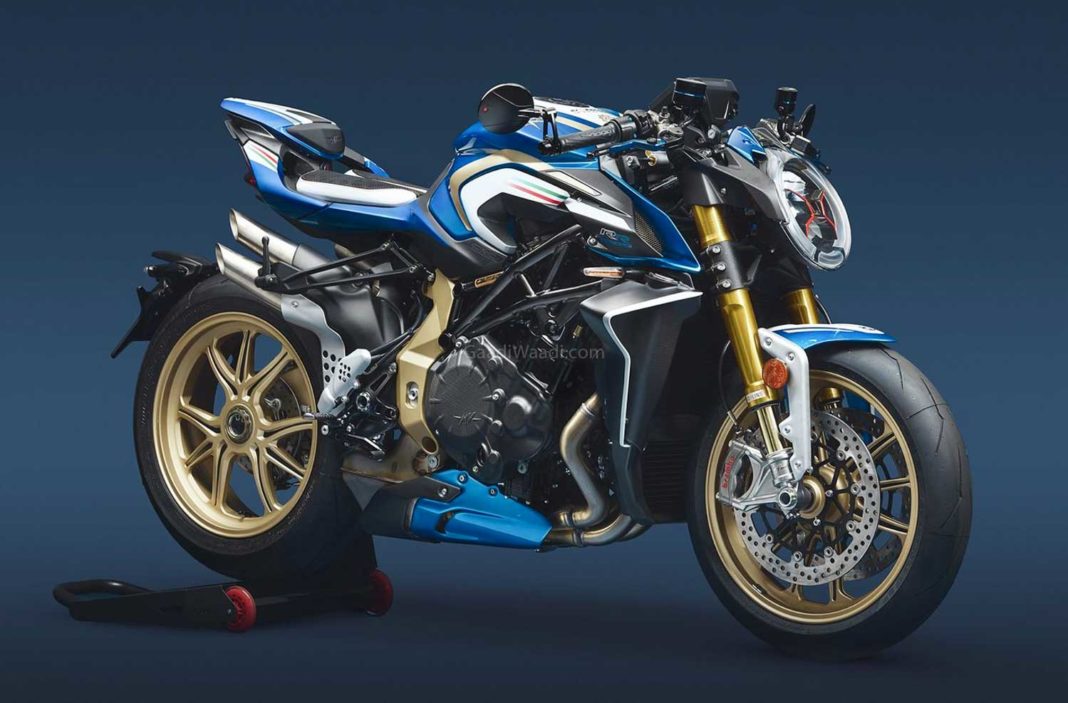 MV Agusta Motor S.p.A is a motorcycle manufacturer that is well known for its exclusive limited edition bikes, which include the Superveloce 800 Serie Oro, the Brutale 800 RR LH44 and more. Now, the Italian two-wheeler manufacturer has revealed a new ultra exclusive motorcycle called the MV Agusta Brutale 1000 RR ML.

The bike features a blue and white paint scheme that has been inspired by older MV Agusta models, such as the Brutale 910R Italia, which was built to commemorate the Italian Football Team winning the 2006 World Cup. It should be noted that the Brutale 1000 RR ML will be limited to just one model being created.

To further emphasise the motorcycle’s rarity, it will be equipped with a unique limited-run plaque that says ‘001/001’. The bike was commissioned by a customer with the initials ‘ML’, and hence that’s where the name comes from. The owner of the motorcycle will likely be getting an obligatory certificate confirming that the bike is serial quantity 001/001. 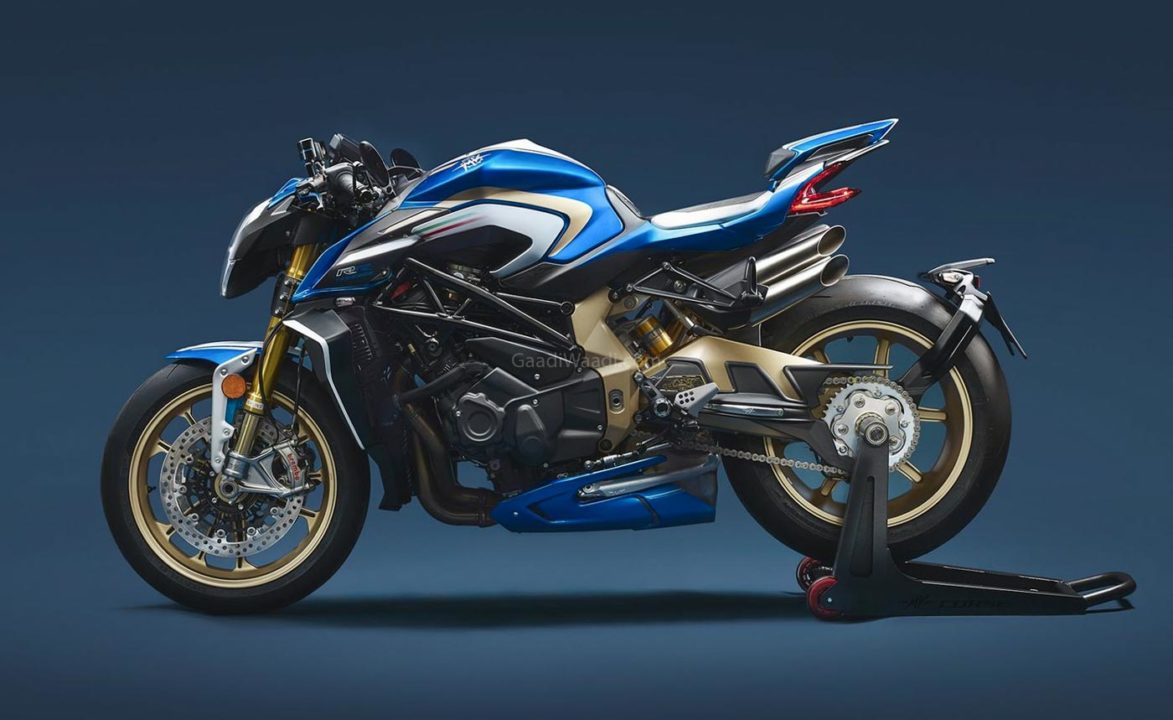 In terms of overall design, the exclusive motorcycle looks pretty similar to the bike it is based on, i.e. Brutale 1000 RR. Apart from the blue-white paint job, the motorcycle also gets matte gold finish on the subframe swingarm and forged aluminium wheels.

The super exclusive motorcycle draws power from a 998 cc, inline-four cylinder engine that puts out 205 hp of maximum power, along with 115 Nm of torque. This is the same engine that is used by the standard Brutale 1000 RR. The ML version also carries over the Ohlins electronically adjustable suspension, Brembo Stylema calipers and carbon fibre bits and bobs from the standard bike. 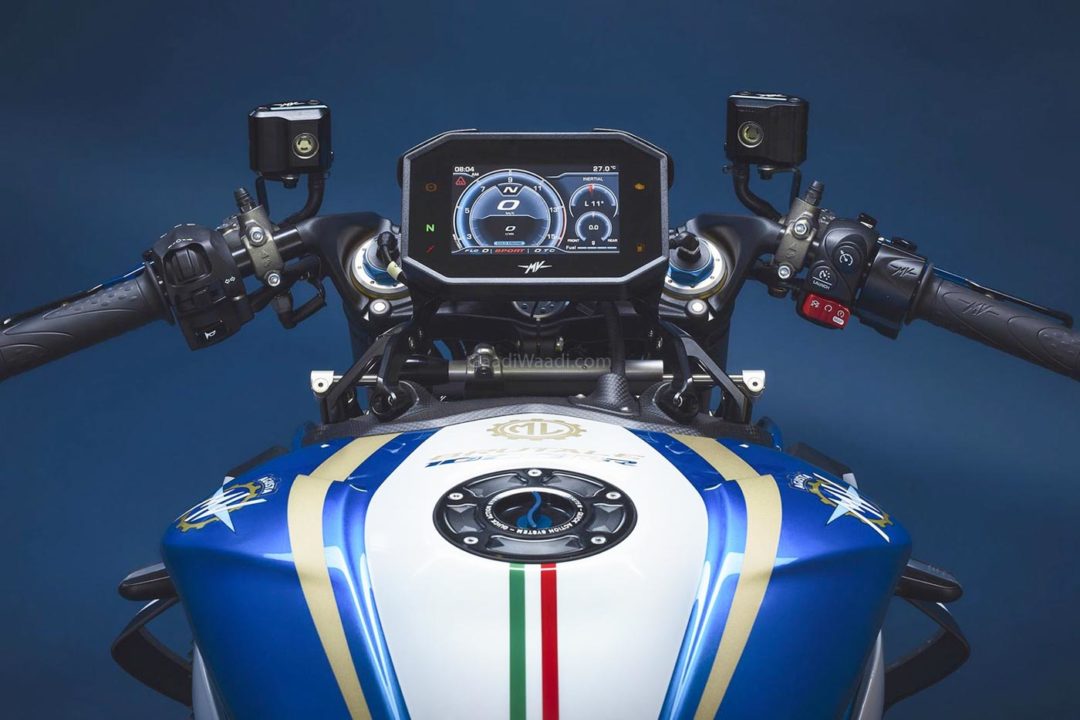 The Brutale 1000 RR comes with different riding modes including Race, Sports, Rain and Custom, and it also comes with a launch and wheelie control. Hence, these features are also expected to be offered with the 001/001 bike. MV Agusta hasn’t revealed the Brutale 1000 RR ML’s price, but considering the fact that it is an ultra-limited masterpiece, it is expected to be pretty expensive.