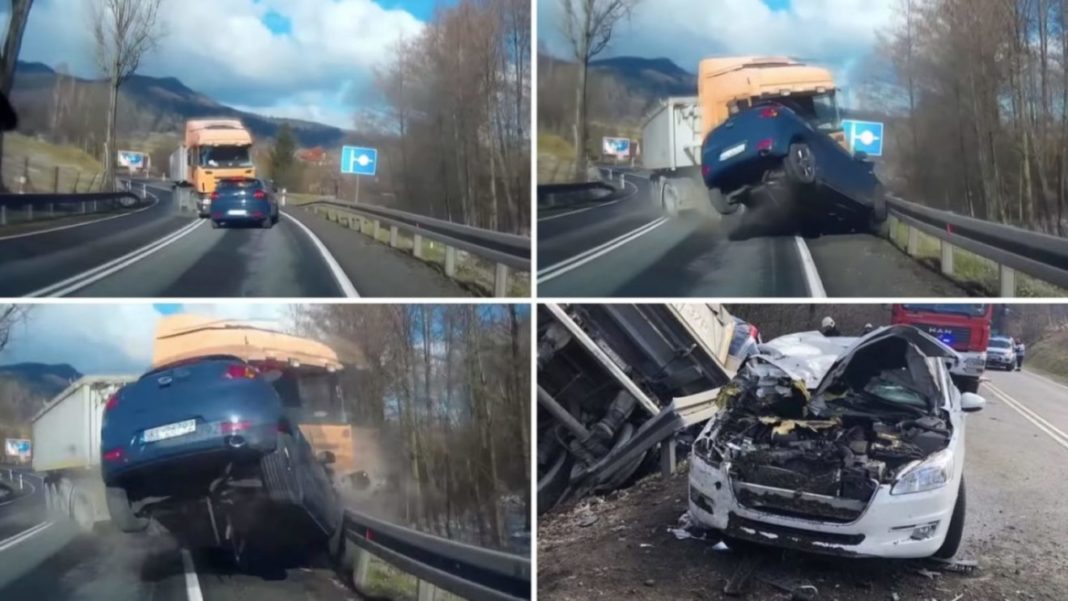 Tyre burst is one of the primary reasons behind the accidents in India and abroad. At a higher speed, gaining back the control of a vehicle with tyre burst is next to impossible

Tyre bursts can be extremely dangerous and can cause massive accidents too. In India, there have been many cases of accidents caused by tyre bursts at high speeds. Here is a video from Poland that shows a semi-trailer, which is a sizable truck losing control on the highway after a tyre burst.

Reportedly, no one got seriously injured in the accident, which shows how the necessary level of safety in cars can help save lives during a crash. The emergency services used hydraulic cutters to open the roof of the crumpled Kia Ceed to take out the 22-year old woman driver. However, she did not receive any serious injuries.

It should be noted that one should always keep an eye on the condition of the tyres. Any cut or bulges is a sign of bad health of the tyre. It is always a good idea to keep the minimum tread depth of 2mm, which is very important for the tyres to maintain the grip and dissipate water during the rainy seasons. Tyres are one of the most important safety aspects in a car, and one should never ever ignore it.