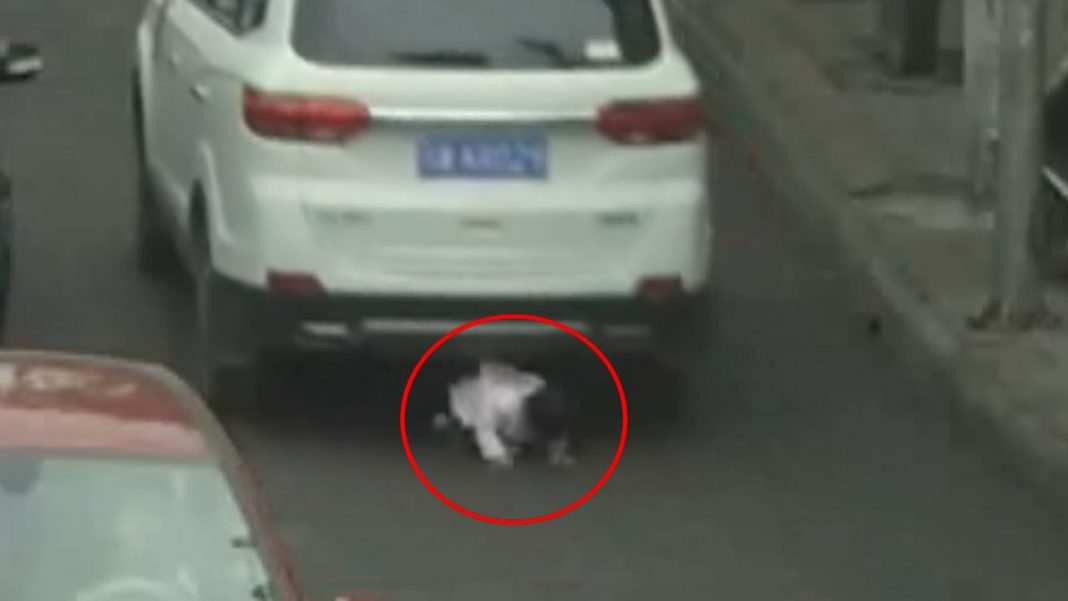 An unattended kid escapes being run over by SUVs on a stretch in China; it emphasises child safety in public to the parents

A shocking footage emerged on the internet does teach us some valuable lessons. In the southwest of China last week, a little toddler wandered onto the road and escaped being run over by two SUVs. The video can be very disturbing but there is a very good reason why we wanted to bring this matter up.

It is essential for people to have an eye out on their children especially when taking them to a shopping mall or other crowded places in countries like India. In this video, a two-year-old girl in China’s Sichuan province was clearly not taken care of and resultantly she ran across the road without anyone having noticed.

She hit a white coloured Toyota Land Cruiser which knowingly or unknowingly drove over her and gracefully came out of the other side of the taller vehicle without any injuries. Before anyone could do anything about it a second SUV approached and narrowly missed her crushing underneath.

As per the Xichang local police officer Guo Wei, the driver of the Toyota Land Cruiser did not see the toddler because of her being very low to the ground and of course the blind sport involved in her being a toddler.
He also said that the distance between the toddler and the second car was too short to spot her and thus the two SUVs ran over her.

With us having felt very relieved for the child involved, we request all our readers to have a hold of their kids whenever you go out in public because it is very easy to miss them. Whether you leave the toddler to guardian or take them out by yourself, be conscious that not every time they can get as lucky as this Chinese kid.