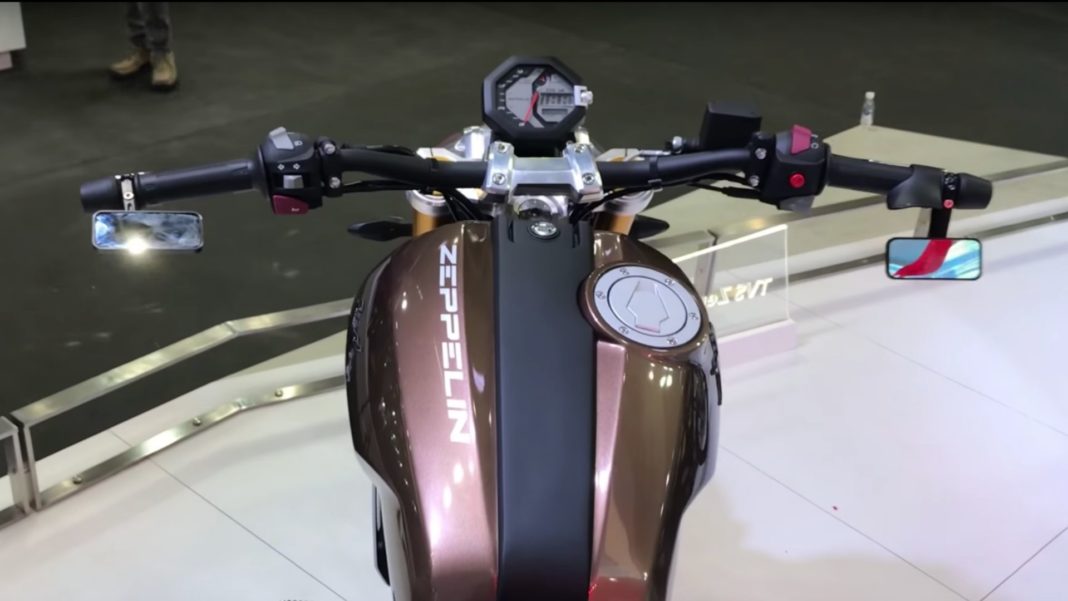 TVS Zeppelin 220 concept was showcased first at the 2018 Auto Expo. The production variant of the Zeppelin will be the first cruiser model to join the TVS Motors lineup early next year and it will rival the likes of Bajaj Avenger and RE Thunderbird.

Here are the five things that you need to know about the upcoming Zeppelin cruiser.

1. Will get a sporty design

The concept bike also had a sharp tail section, while the engine bay featured a dash of silver. The Zeppelin concept featured a belt-drive, however, expect the production variant of the cruiser to get a chain drive to keep the pricing aggressive.

Although all of these features will not make it into the production-spec motorcycle, however, you can expect the production variant to likely feature an LED headlamp, full-digital instrument console, an LED taillamp. 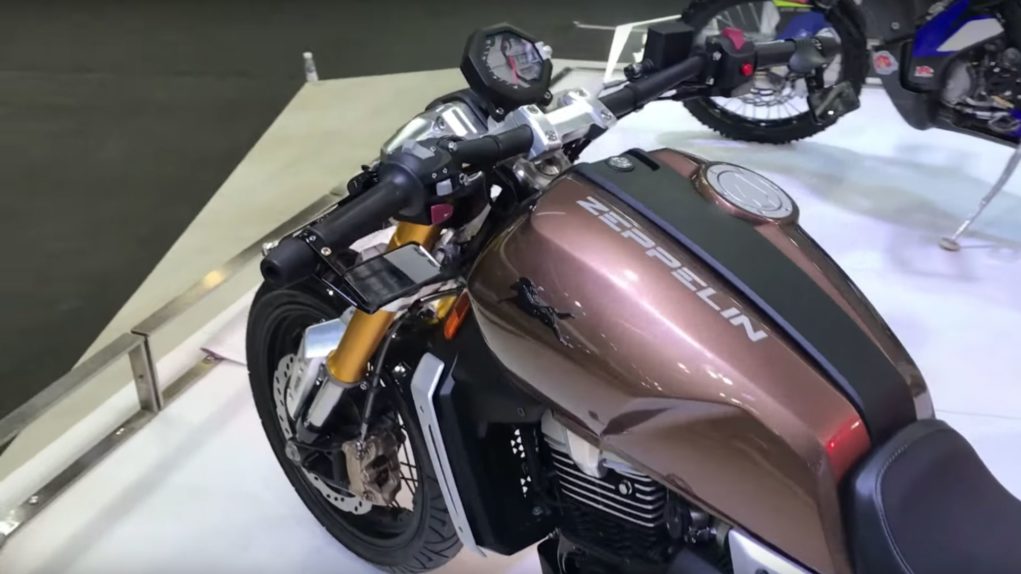 The upcoming Zeppelin cruiser will be powered by a 220cc, single-cylinder, liquid-cooled, fuel-injected engine which will likely be derived from the Apache RTR 200 4V engine. The concept model showcased at the show was good for 20 hp of peak power at 8,500 rpm and 18.5 Nm of peak torque 7,000 rpm.

The engine will be coupled with a five-speed gearbox. The concept model showcased at the show featured an electric-boost system which will help improve the fuel efficiency figures. However, this feature will not make it to the production variant. 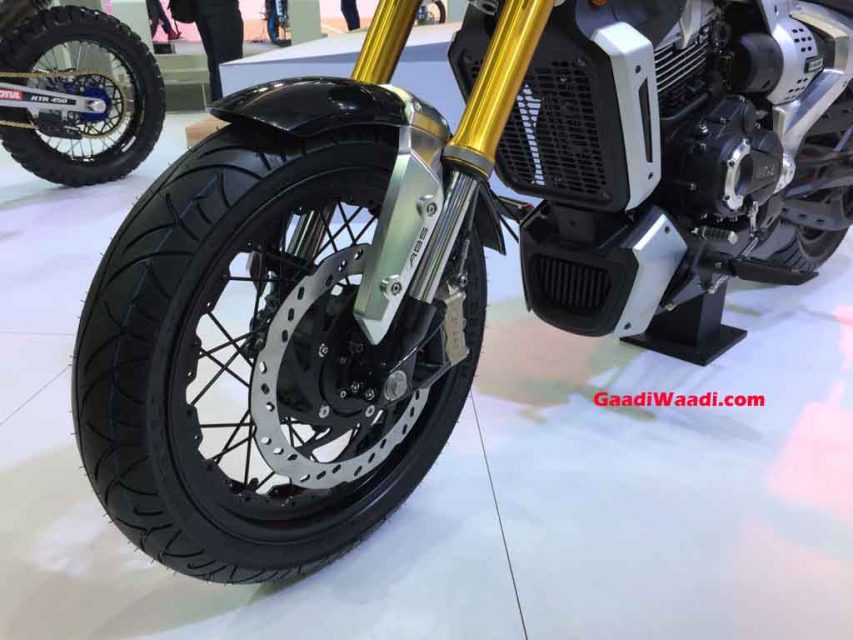 The concept bike featured a 41mm upside-down suspension setup but expect the production variant of the cruiser to feature a conventional telescopic fork at the front and a monoshock setup at the rear. The braking duties of the motorcycle will be handled by a disc brake on both ends. A single or a dual-channel ABS will also be offered as a standard for the safety of the rider.