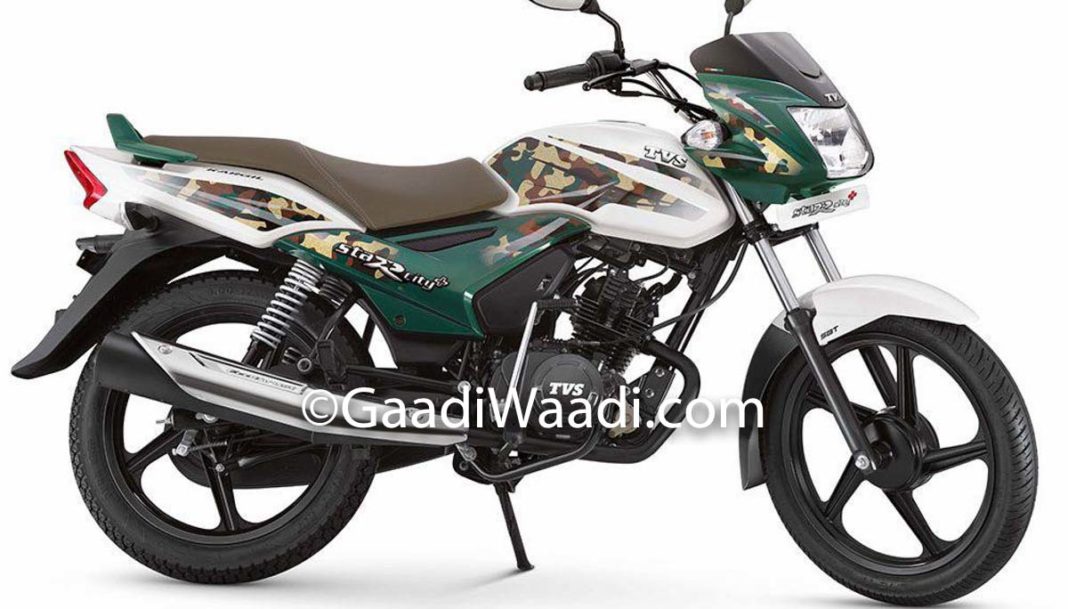 TVS Star City Plus Kargil Edition, which is a limited edition motorcycle, pays tribute to the Indian Defence Forces

The TVS Star City Plus Kargil edition has been officially launched in India at Rs. 54,399 (ex-showroom, New Delhi). The new motorcycle pays tribute to the Indian Defence Forces and is based on the top-end variant of the executive commuter motorcycle. It is just over a thousand rupees premium to the standard SBT (Sync Braking Technology) variant.

The TVS Star City Plus Kargil edition has a dual-tone paint option. The base paint is white, while the headlamp’s bikini fairing, side panels, grab rail, and the sides of the fuel tank have dark green camouflage that looks inspired from the Indian Army’s livery.

In terms of specifications, the TVS Star City Plus Kargil edition is similar to the standard version. It draws power form the same 109.7cc, single cylinder, air-cooled engine as the regular sibling. The motor continues to come paired with a four-speed transmission. 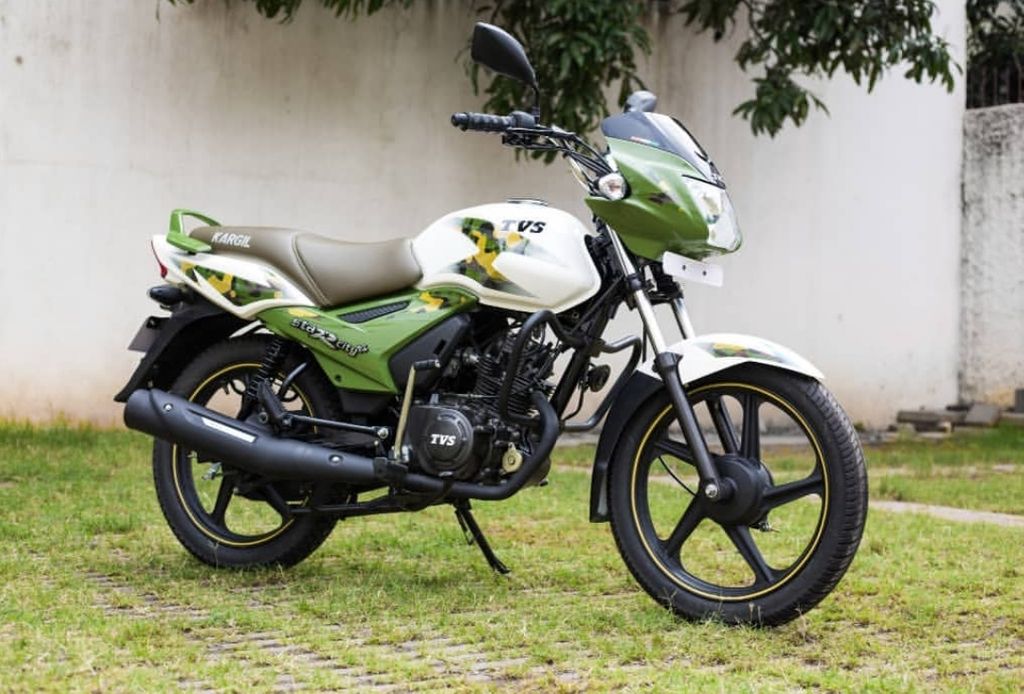 The TVS Star City Plus Kargil edition, like its standard version, offers a maximum power of 8.4 bhp and a peak torque of 8.7 Nm. It comes with a 130 mm front 110 mm rear drum brakes that work along with the company’s Synchronised Braking System (SBS).

The TVS Star City Plus Kargil edition is part of the company’s ‘Kargil Calling – Ride for the Real Stars’ initiative that was released in July last year. Under this campaign, the South Indian two-wheeler company had invited Indian motorcyclists to ride together across India to thank the defence forces for their efforts to maintain peace and safety. The ride was flagged off from over 3,000 locations on Kargil Vijay Diwas (26th July) last year.

The motorcycle has fuel tank capacity of 10 litres and it rides on 17-inch black alloy wheels with tubeless tyres. As for the suspension, telescopic front forks and twin shock absorbers at the rear are used.