Norton has revealed its new flagship superbike known as V4SV and is offered in two variants – Manx Silver and Carbon. Sticking by its roots, the Norton V4SV boasts high-end components that are handcrafted and the motorcycle carries a price tag of £44,000 (Rs. 42.13 lakh). It is manufactured at the brand’s HQ in the United Kingdom.

The Manx Silver comes with the signature colours renowned for the brand as the red and carbon accents are accompanied by a black number board on the front fascia and contrast red-painted forged aluminium OZ racing wheels. The Carbon, on the other hand, features exposed carbon fibre bodywork and lighter carbon BST wheels making it the more expensive of the two.

However, the exact price details of the Carbon variant are not known yet. Both Manx Silver and Carbon gain Union Jack finish at the rear and carbon fibre body panels. As for the performance, the superbike is equipped with a 1200 cc V4 engine positioned at a 72-degree and it has titanium valves too. It is good enough to generate a maximum power output of 187.5 hp at 12,500 rpm. 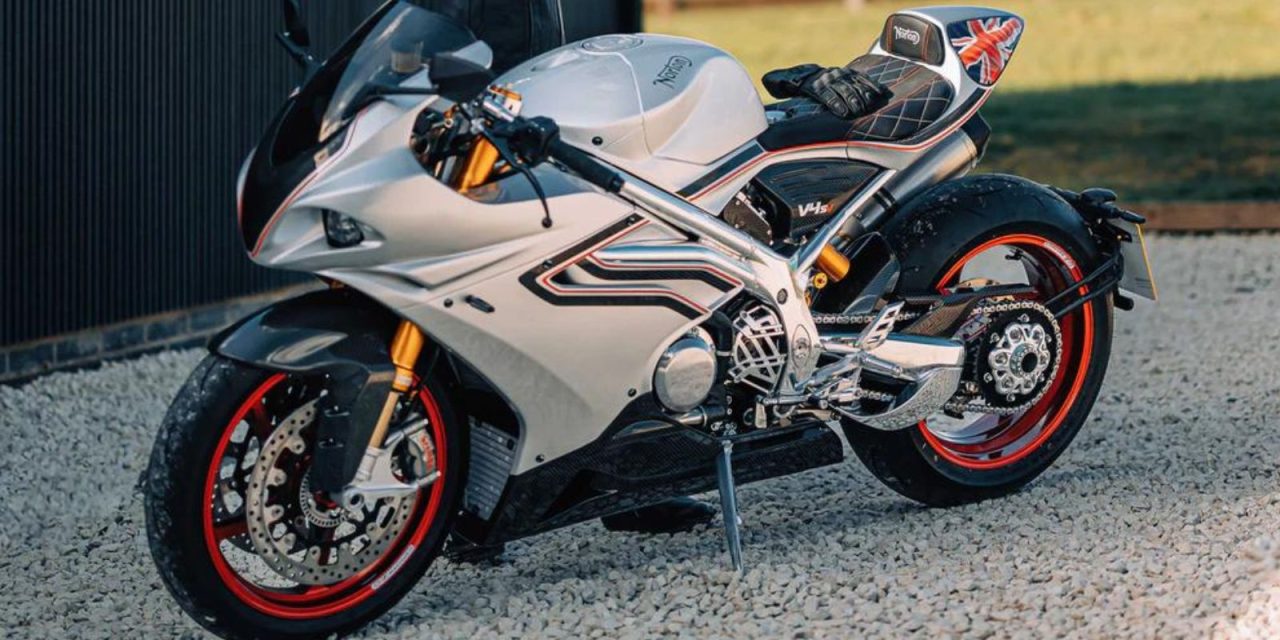 The peak torque stands at 125 Nm at 9,000 rpm. The Norton V4SV is suspended on Ohlins-sourced NIX30 front upside-down forks and a TTXGP monoshock monoshock unit while the braking duties are handled by a full Brembo unit with a radial master cylinder up front coupled with twin monobloc callipers and 330 mm discs and the rear uses a 245 mm disc setup.

The superbike has a range of electronic aids including a six-axis IMU enabling cornering ABS, traction control and three engine modes. Other equipment highlights are keyless ignition, a six-inch coloured TFT instrument console, an LED lighting system and a rear-view camera. The Norton V4SV is more expensive than the Panigale V4 SP2 and it could play a main role amongst customers in making buying decisions.

The V4SV features an exposed TIG-welded aluminium frame, billet aluminium single-sided swingarm, a 15-litre fuel tank made up of carbon fibre and reinforced in kevlar, etc. Whether the TVS-owned Norton would sell its V4SV in India or not is yet unknown.