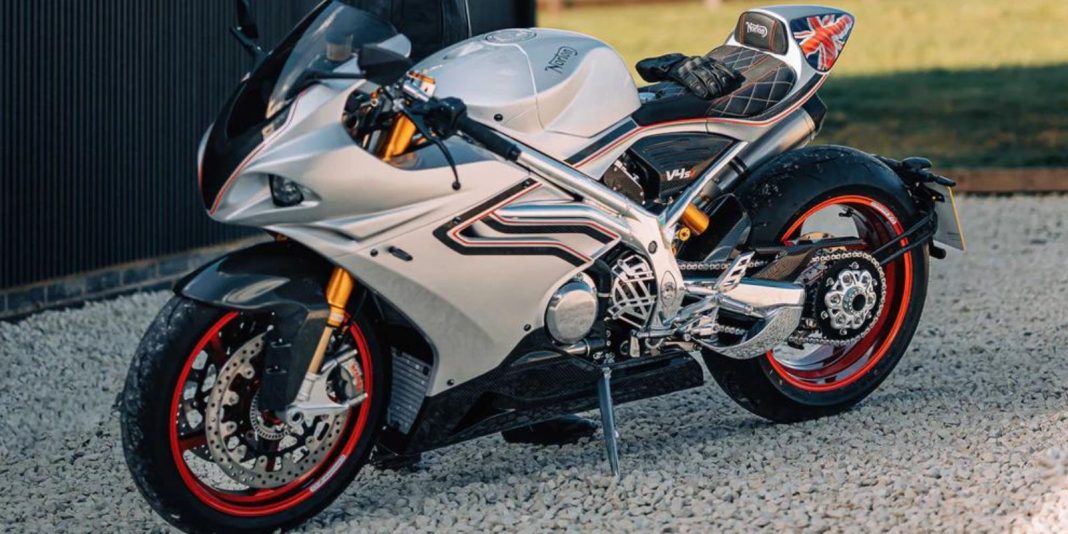 TVS Motor Company-owned Norton Motorcycles recently unveiled the V4SV exotic superbike, a momentous feat considering its appalling situation a couple of years ago and hot on the heels, it has revealed plans to design and manufacture electrified motorcycles in the United Kingdom. The British brand is looking to create an e-motorcycle with its signature design ethos.

It will be accompanied by race-level performance, lightweight handling and touring range. Boosted by government funding, Norton won’t be doing this alone as it has drafted in Delta Cosworth, an electric powertrain division of the world-famous engine constructor, to assist with the battery and other components that propel the motorcycle.

For modelling, toolchain development and battery tech, the University of Warwick is also onboard. The institution previously joined hands with Norton for developing a TT Zero race machine. The electrification journey is part of the brand’s ten-year product plan and its desire to support the United Kingdom to achieve its mission for a net-zero automotive future.

The project Zero Emission Norton spanning a period of two and a half years will create R&D and production-based jobs in the Midlands. Norton wants to aid the UK in returning to being a global tech leader for motorbikes and thus chassis, cooling oils, vehicle-to-home chargers, electric motors, and battery technologies are developed within the country.

The iconic British motorcycle producer had a roller-coaster of history but only a few can claim the same what it has achieved over the decades. From rolling out motorbikes to supporting the WWII effort and developing the first production superbike in the world, Norton has come a long way and for a sustained future, it is working on an electric bike that will “deliver both performance and range.”

Along with WMG and Delta Cosworth, a composite and carbon fibre manufacturing firm known as Formaplex Technologies; HiSpeed Ltd with its expertise in e-motor and inverter; M&I Materials taking care of cooling; Indra Renewable Technologies for vehicle-to-home charging tech are also onboard to bring out the first Norton EV.