The mileage test results of the BSVI compliant TVS Jupiter and the sixth-generation Honda Activa could surprise you!

TVS Motor Company introduced the BSVI version of the Jupiter in November 2019 and it comes equipped with the new ET-Fi (Ecothrust Fuel injection) technology. The BSVI Jupiter Classic ET-Fi costs Rs. 67,911 while the Base, ZX and Grande are the other offered variants with prices starting from Rs. 61,449 (ex-showroom, New Delhi).

Honda 2Wheelers India, on the other hand, launched the Activa 6G only recently and it is priced between Rs. 63,912 for the base Std and Rs. 65,412 for the Deluxe variants (both prices, ex-showroom). Both the BSVI scooters are highly popular in the domestic market and their latest avatars have gained several updates compared to their respective predecessors.

We comprehensively reviewed them in a recent comparison and the mileage test video is linked below. Both scooters ended showing different trip readings despite the fact that both were ridden on the same route. It could be because the scooters were showing wrong trip readings, so we calculated the fuel economy figures with both readings separately.

TVS has claimed that the BSVI Jupiter will return 15 per cent higher mileage compared to the outgoing model. Other key changes include a refined powertrain, better startability and driveability, smoother power delivery and claimed improvements in performance characteristics. The Honda Activa 6G’s arrival had long been anticipated and it comes with noticeable updates too as expected.

The sixth-generation boasts new equipment onboard and modern technologies to become cleaner and greener. It was introduced following the debut of the Activa 125 BSVI in late 2019 and they have plenty in common including the PGM-FI (Programmed Fuel Injection) and Silent Start and ESP (Enhanced Smart Power). 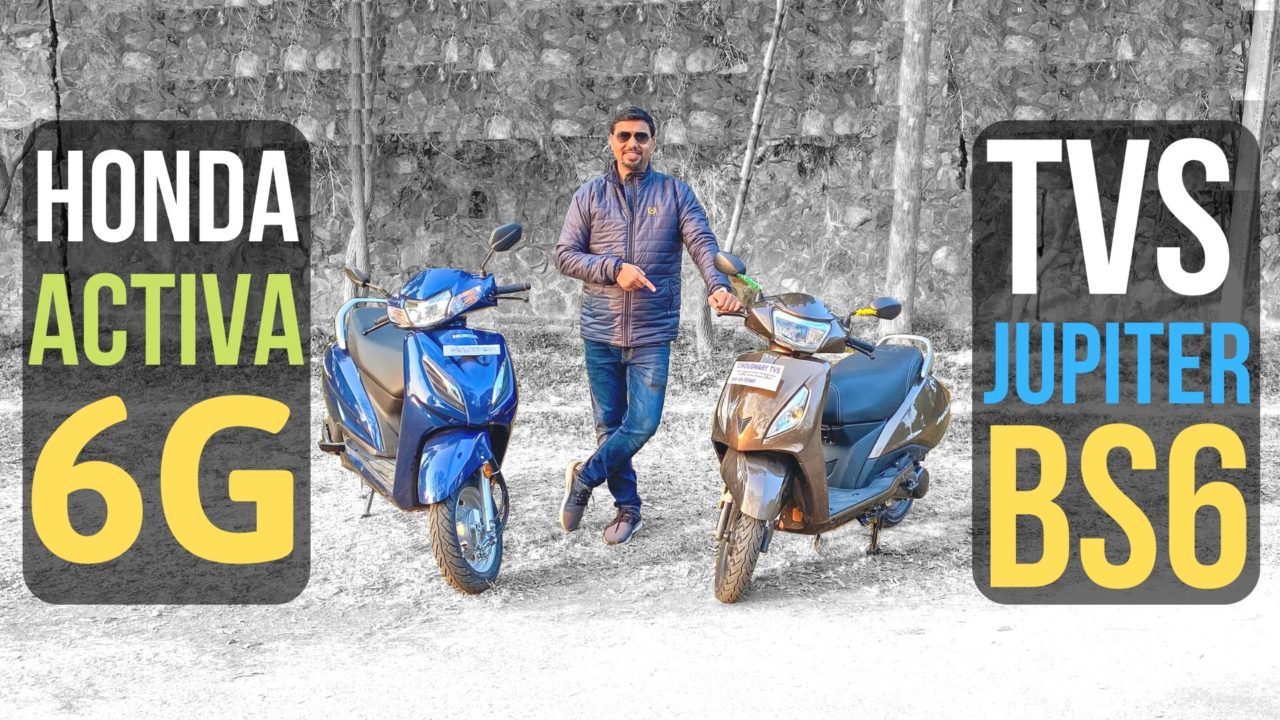 The Silent Start helps in quieter engine start at all conditions while the fuel-injection helps in enhancing the preciseness of the throttle and along with ESP (Enhanced Smart Power), it improves the performance and mileage characteristics of the new Activa as well. It uses a 109.19 cc single-cylinder air-cooled HET engine producing 7.96 PS and 9 Nm of peak torque, and is mated to an updated automatic transmission.