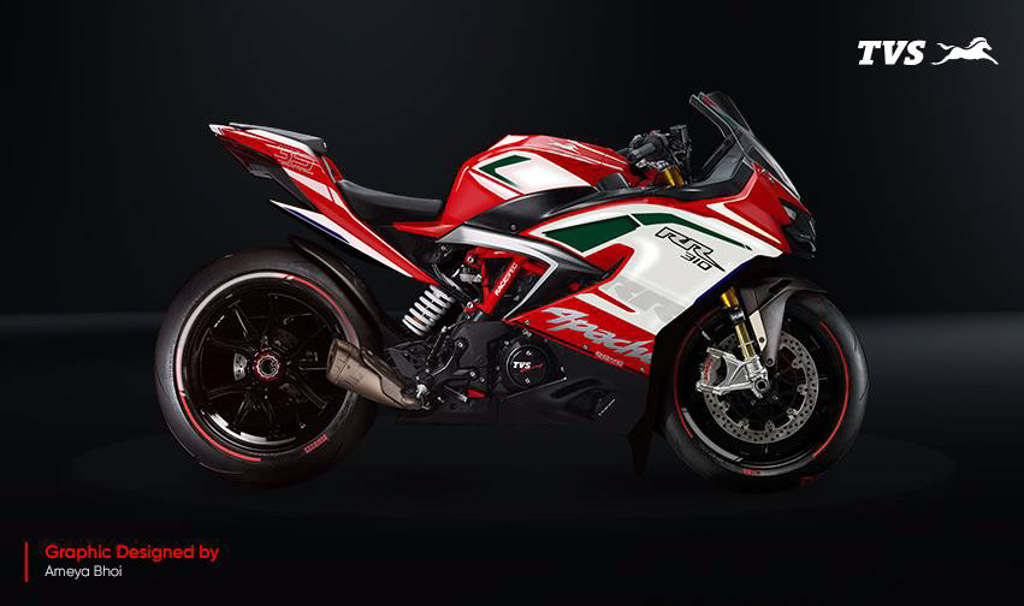 TVS Motor Company has the RR310 supersport motorcycle as its flagship product within the Indian lineup. Having launched in December 2017, the top-of-the-line Apache has garnered plenty of attention through the last one year and it is the biggest step in TVS’ commitment of transforming all the learning on track onto the road going production models.

The TVS Apache RR310 was born out of collaboration with BMW Motorrad and it has plenty of commonalities with the BMW G310R. Unlike the Beamer though, the RR310 does have a big sportsbike appeal with an unmistakable exterior compounded by high quality fit and finish. It is one of the best-looking faired motorcycles available at an accessible price bracket.

Moreover, it is supple and can be used daily as opposed to KTM’s RC390 that solely focusses on going faster. The Hosur-based manufacturer has come up with a design competition and called out budding designers across India to participate on its social media platforms. The #TVSDesignChallenge has received several entries already and the best design will be chosen by viewer voting.

The voting ends tomorrow as the graphic design challenge’s top seven imaginative digital rendering are up online at TVS’ official page for fan voting. Majority of the designers used the Apache RR310 and the new liveries they have created are some of the best you will see on the internet. 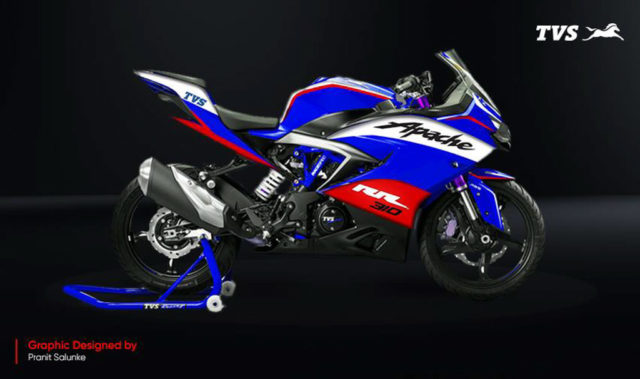 The design that gets maximum approval from the fans on social media via likes will be declared the winner. I was particularly fond of the MV Agusta colours by Ameya Bhoi but the blue, white and red mix livery created by Pranit Salunke was equally impressive while closely depicting the brand’s colours.

The dark blue coloured graphic on the red body with subtle white touches is in reminiscent to the Honda CBR100RR by some extent. The Ntorq 125 entry-level premium scooter was not left alone as one entry among seven had it finished in dark shades of blue, red and black.