TVS Motor Company has been working on an electric scooter from the past three years. At the 2018 Auto Expo, it had showcased the Creon Concept as electric scooter. The company even announced collaboration with Intel for the development of electric and hybrid products.

The first images and videos of TVS Motor’s purported electric scooter are out as it has been spotted near the company’s factory in Hosur. K N Radhakrishnan, TVS CEO, had already confirmed in June last year that the scooter will be unveiled in production-ready avatar before April 1, 2020.

Looking at the spy-video, it is apparent that TVS Creon will feature a sharper styling. There will be a stepped apron identical to what we saw with the Concept model at the 2018 Auto Expo, two years back. In addition, the other prominent features are going to be front disc brake, spacious floorboard and a telescopic suspension setup.

The rear end of the spied TVS scooter boasts of a hub-mounted motor and traditional TVS styling with little inspiration from Jupiter. The concept model featured a 12kW electric motor and it is not known yet whether it will make it to the production model or not. There were also three Lithium-ion batteries at the helm.

TVS Creon electric could have a driving range of 80kms while it takes merely 5.1 seconds to touch the 60kmph mark from standstill. There would be a TFT instrument console to deliver all the information regarding the battery to the rider. It will also include the speedometer and tachometer. 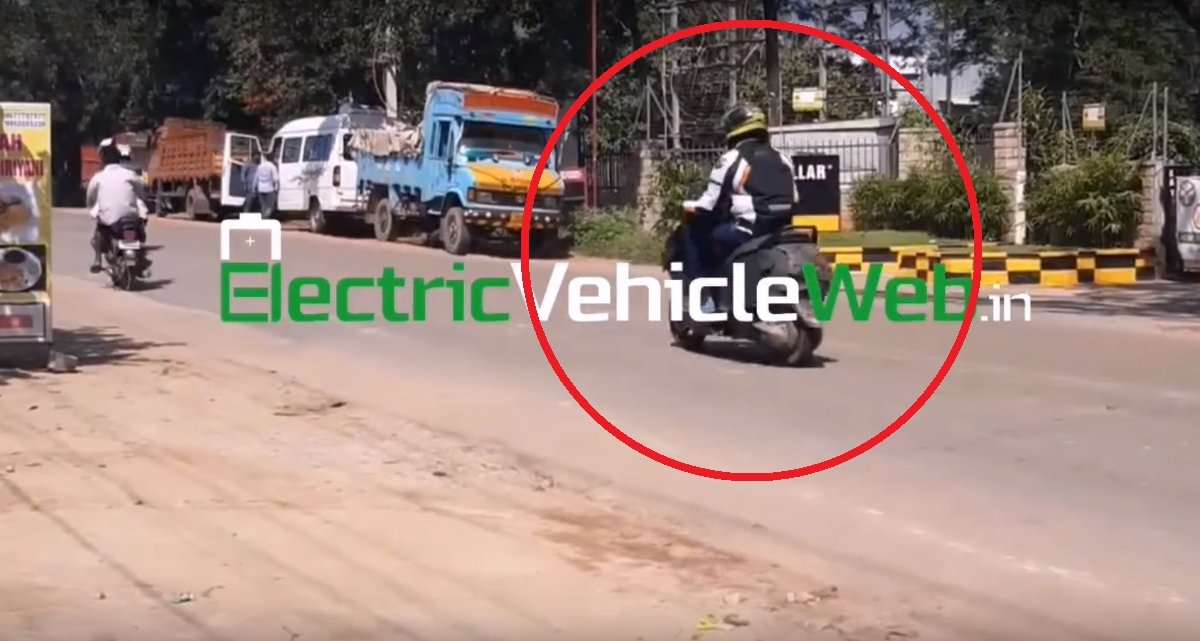 TVS Motor Company is not participating in the 2020 Auto Expo, else we might have seen the production-spec Creon electric take the center stage at the company’s podium at the event. But since it is not happening, so we expect the scooter to debut in the coming months at a separate occasion.