TVS showcased the Creon electric scooter concept at the 2018 Auto Expo where it attracted a lot of attention because of its advanced features and sporty appearance.The good news is that it will finally make it into production. Mr. K. N. Radhakrishnan, President, CEO & Additional Whole-Time Director, TVS Motor Company, confirmed that they are planning to introduce their first electric vehicle in the current financial year.

The TVS Creon concept showcased at the Auto Expo 2018 was equipped with plenty of modern features. TVS said that the technologies were developed in collaboration with Intel. The concept scooter featured an advanced TFT screen that will display plenty of information including speedometer, tachometer, odometer, trip meter, battery health status, etc. 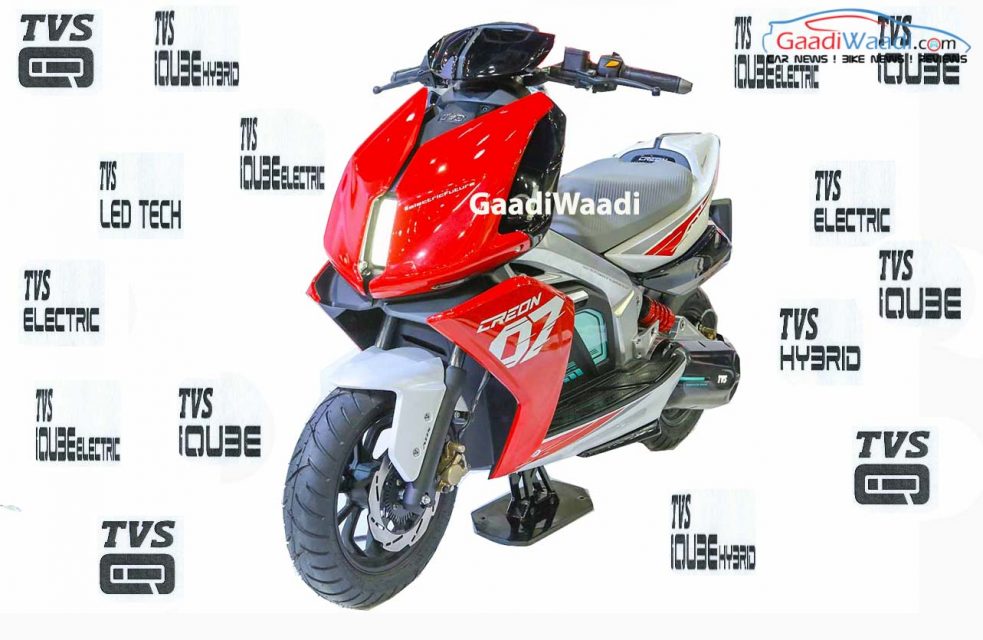 Coming to its styling the concept electric scooter featured a wide apron towards the front and a wide handlebar just like you find in a motorcycle that will help add a sporty riding posture. The concept scooter also featured diamond cut alloy wheels, telescopic front forks, all LED lighting and under seat storage space.

Although we are not exactly sure at this moment but expect the upcoming TVS Creon to rely on petal-type disc brakes towards both front and rear to bring it to a halt. A single channel ABS will most probably also be offered as standard. The TVS Creon electric scooter will be powered by an electric motor which will be connected to a pack of three Lithium-ion batteries.

The electric motor will generate around 12 kW (16.32 Ps) of power. During the Auto Expo, we were informed that the electric scooter will be capable of sprinting from 0-60 km/h mark in 5.1 seconds and it will provide a range of 80 km when fully charged. The good news is that the battery can be recharged up to 80 percent within just 60 minutes.