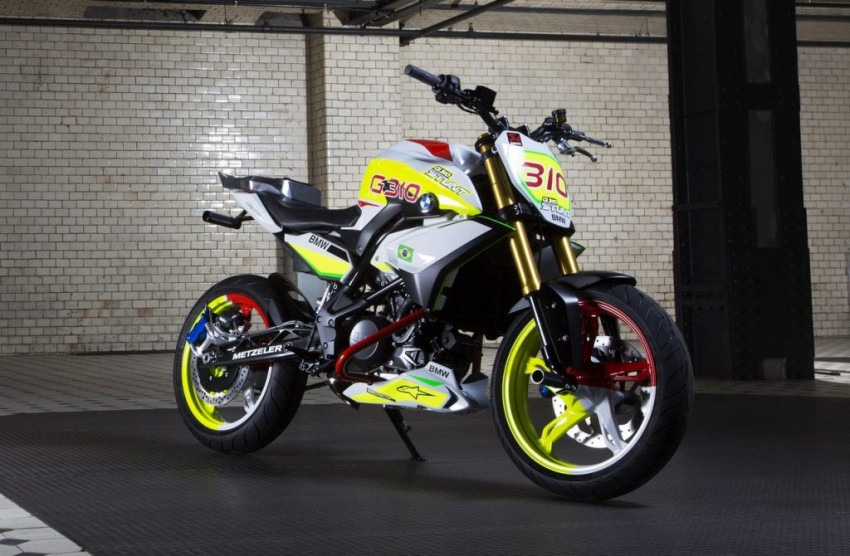 TVS-BMW partnership is the next big thing after the Bajaj-KTM deal despite the fact that both partnerships are poles apart when it comes to dealing, buying, manufacturing and much more. While Bajaj owns 50% of KTM, TVS are just manufacturing for BMW as they want costs to be lower than the European factory as that is the right way to make smaller motorcycles, to keep costs down and profits high at the same time. Both companies promised 2015 launch of the bikes that they will make and they seem to be on time. Few weeks back company made an announcement saying that the products are on their way and there won’t be one, but many. 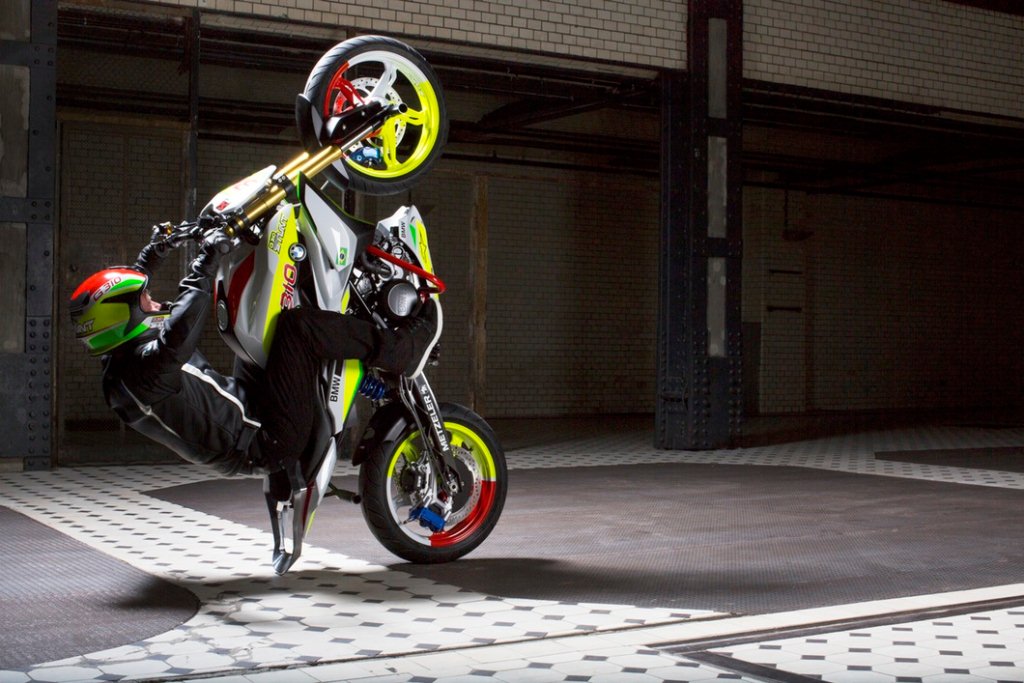 We all though BMW will make Twin-cylinder motorcycles and TVS would take one cylinder from it and make their own in their way. However, the concept is here from BMW and it’s a huge surprise. BMW has made a single-cylinder engine that is roughly displacing 300cc’s or maybe close 400. BMW has to respond to KTM, an old kid on the block who started going to the GYM. BMW is also hitting the GYM now and could pack more punch, you never know! 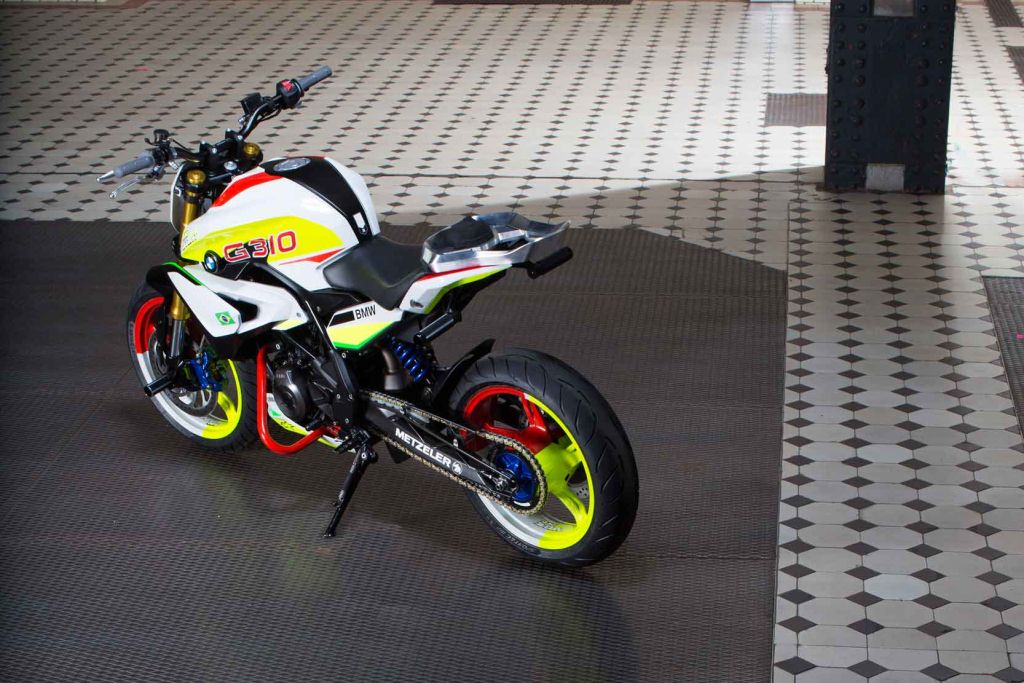 The pictures give a slight glimpse on how the body and the work overall bike could look like. As this is a stunt bike its stripped, has a long wheelbase to drift around. Kit includes upside down forks, large 300mm plus disc brakes at the front with headlight cover and flat handlebars. Closer look reveals, grips, switches and lever seem to be coming from the Apache bin. Twin-tube chassis is also visible with a large fuel tank. 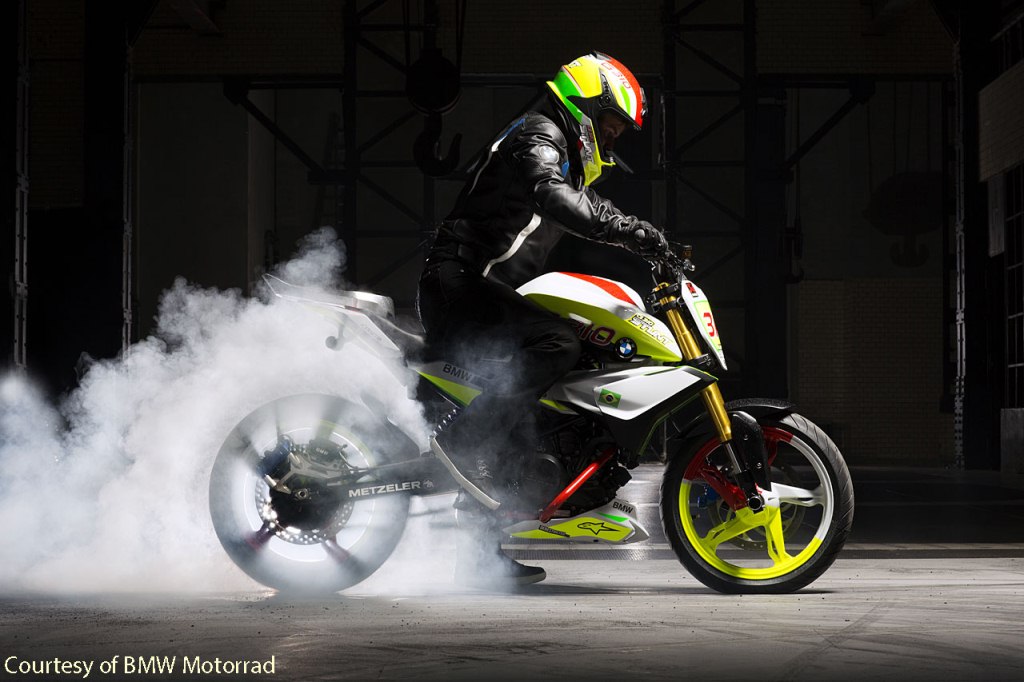 The engine design is a very uncommon one as the header pipe of the exhaust come out the opposite than it used to be, which makes the center of gravity lower and helps in very good weight distribution to make handling even better and low COG for a long wheelbase and sharper front-end geometry. The muffler is a Duke style, but it’s not an underbelly unit, actually it is a smartly mounted upside-down muffler. Overall, the excitement levels just got higher as the partners are set to offer something, even newer than the KTM’s on paper at least! Good times! 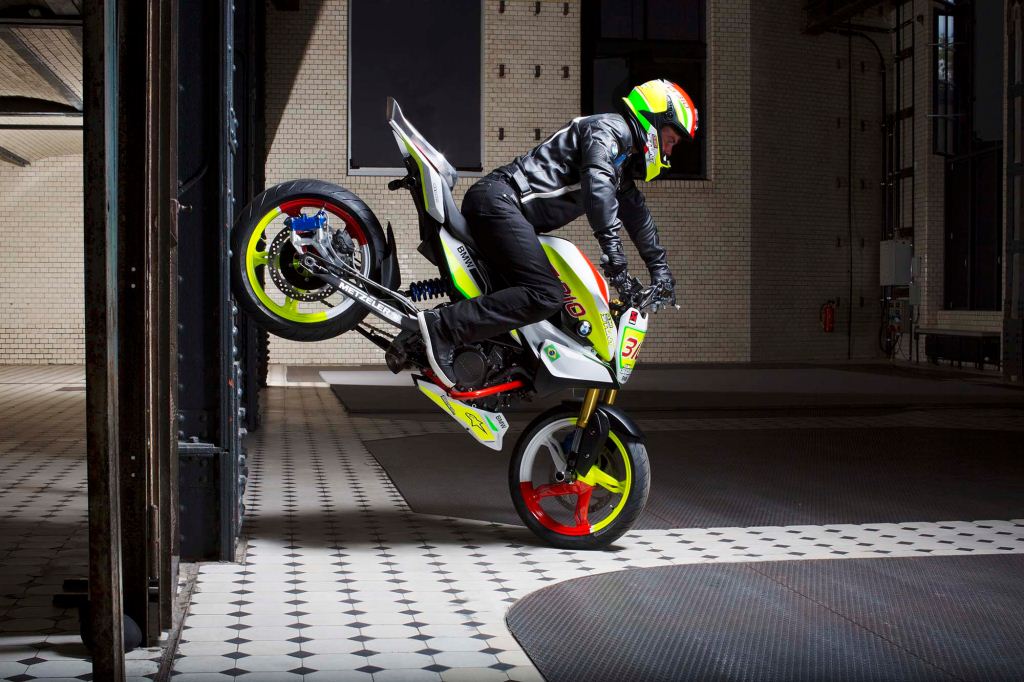