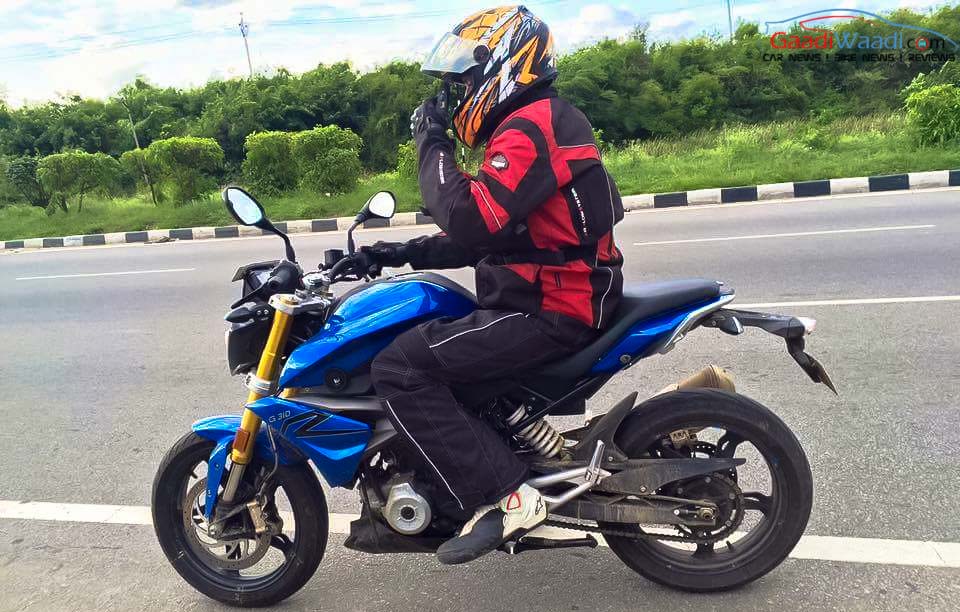 The TVS-BMW G310R showcased at the Auto Expo 2016 created a lot of stir among performance bike enthusiasts in the country and it’s expected to enter the domestic market during the festival season this year. It carries loads of promises as it’s the first product to be signed off the TVS-BMW joint venture where TVS will utilise its manufacturing prowess locally while BMW lends the technology learned through years of high-performance biking.

The naked model was spied testing in Indian roads already but the latest spy shots are the clearest and gives some of the much anticipated details. To start with, the spied BMW G310R sported Michelin tyres, indicating that it would come as standard. However, the absence of ABS brings flexibility in the range offered as it could be the base variant with an aggressive price tag. 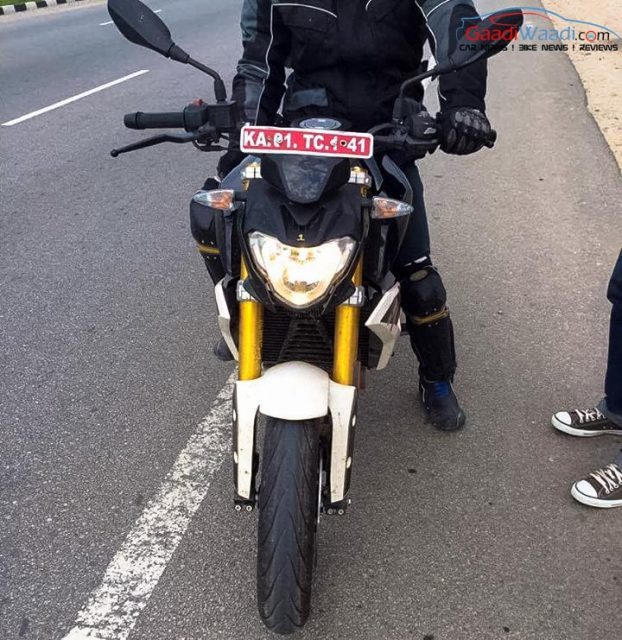 It’s of no secret that the dual-channel ABS will be available in the top-spec variant and the G310R is more likely to be priced around Rs. 2.2 lakh (ex-showroom). The un-camouflaged test mule blatantly revealed the near-identical resemblance of the production model with the concept first showed as a stunt concept in Brazil before making world premiere at the 2015 EICMA in Milan. 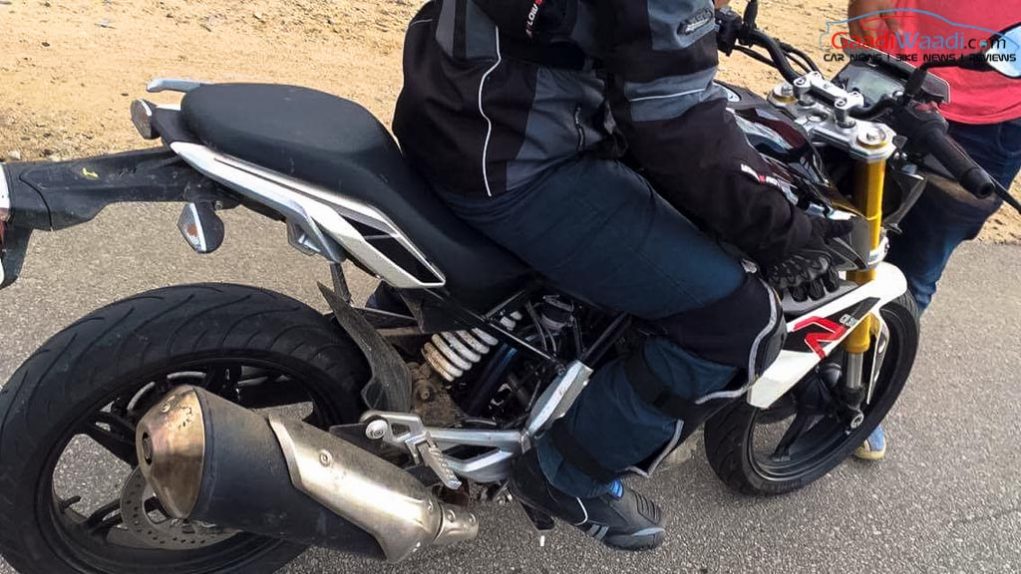 The first lot of G310Rs made in Hosur plant are being shipped abroad from next week and the 313cc, four-stroke, single-cylinder, water-cooled engine has been reported to return a fuel economy between 25 and 28 km per litre. The test rider was said to quote the top speed of the KTM Duke 390-rivalling bike at 170 kmph. 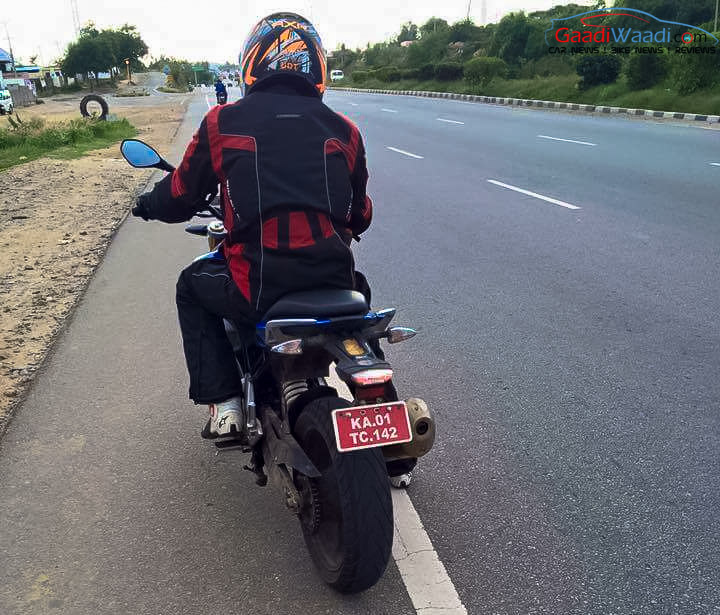 The new motor is linked with a six-speed gearbox producing a maximum power output of 34 PS at 9,500 rpm and 28 Nm of peak torque. The performance bike has wet weight of 159 kilograms. It will be sold at exclusive BMW Motorrad dealerships in Mumbai, Delhi, Bangalore, Chennai and Ahmedabad said to be completed by the end of 2016.

It comes featured with sporty 41 mm upside-down forks up front and monoshock suspension at the rear. The 300 mm front disc with radial mounted four-piston caliper and a 240 mm rear disc with two-piston caliper help in generating stopping power.