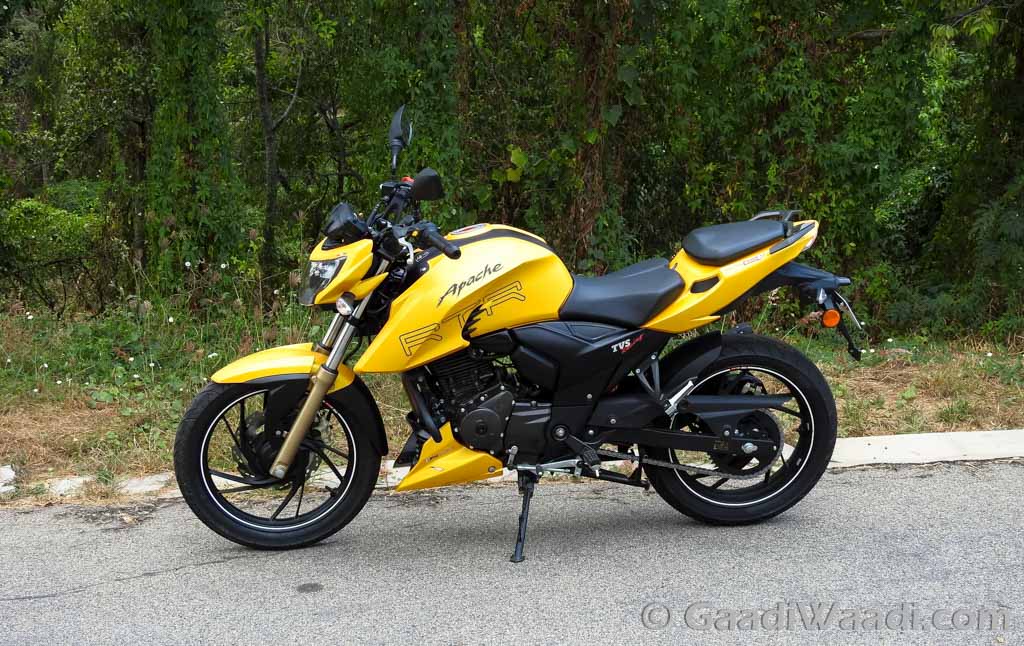 TVS Apache is certainly making fast progress in Indian two wheeler segment in terms of recent sales. Being one of the most affordable sports bike series Apache has seen a steep increase in its sales in July, 2016 compared to same period in last year. It has sold a total of 30,116 units of Apache in last month, compared to July, 2015, which marks an impressive 70% sales increase. The TVS Apache 200 4V is the newest addition in the Apache RTR lineup in the country, and it has already garnered interest from the customers. This bike has been inspired from the Draken X-21 concept showcased at the 2015 EICMA. Being positioned in the 200 cc segment, it takes on the well established rivals like Bajaj Pulsar 220, Bajaj Pulsar AS 200 and NS 200 and also the KTM Duke 200.

The Apache RTR 180 is a widely popular sporty and aggressive looking bike in the sub 200 cc segment. Powere source for this model is a 17.3 bhp producing 177 cc engine, which also delivers a 46 kmpl of fuel efficiency. The model is available in an ABS variant as well, which comes a bit pricier. The Indian two wheeler market is mainly concentrated on the low end commuters though. But the demand for performance oriented sporty motorcycles is increasing rapidly. TVS Apache RTR series offers the customers the chance to ride sporty performance spec models with affordability of the commuters. This is the reason, for which the Apache RTR lineup has gained rapid momentum in recent times.