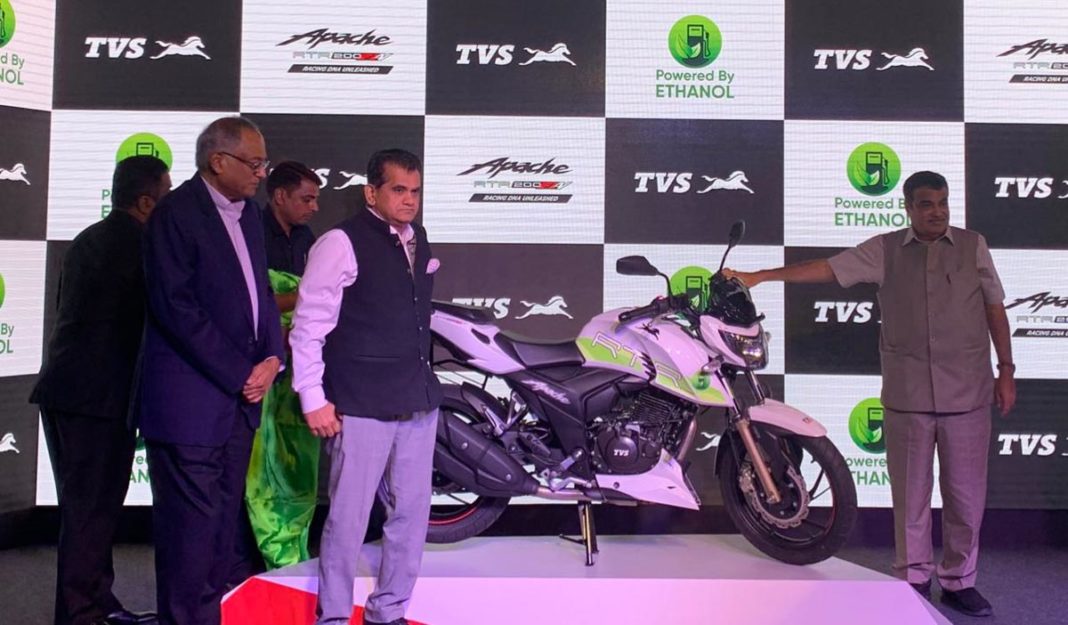 The green mobility solutions have grabbed the headlines in the last few weeks as Revolt RV400 and Hyundai Kona Electric took the spotlight from conventional news and they were topped off by central government’s announcement of loan incentives, tax relaxations and duty cuts for purchasing EVs and manufacturing them locally.

Hot on the heels, TVS Motor Company has today launched the ethanol-powered Apache RTR 200 Fi in the domestic market. Priced at Rs. 1.2 lakh (ex-showroom), the TVS Apache RTR 200 Fi E100 will be available in select states such as Karnataka, Uttar Pradesh and Maharashtra. It is around Rs. 11,000 cheaper than the petrol-spec RTR 200 Fi.

The three states have abundant sugarcane cultivation from which the ethanol motor fuel is extracted. The environmental-friendly fuel can be produced at a cost of Rs. 40 to Rs. 60 per litre making it far cheaper than the conventional petrol-powered two-wheelers. 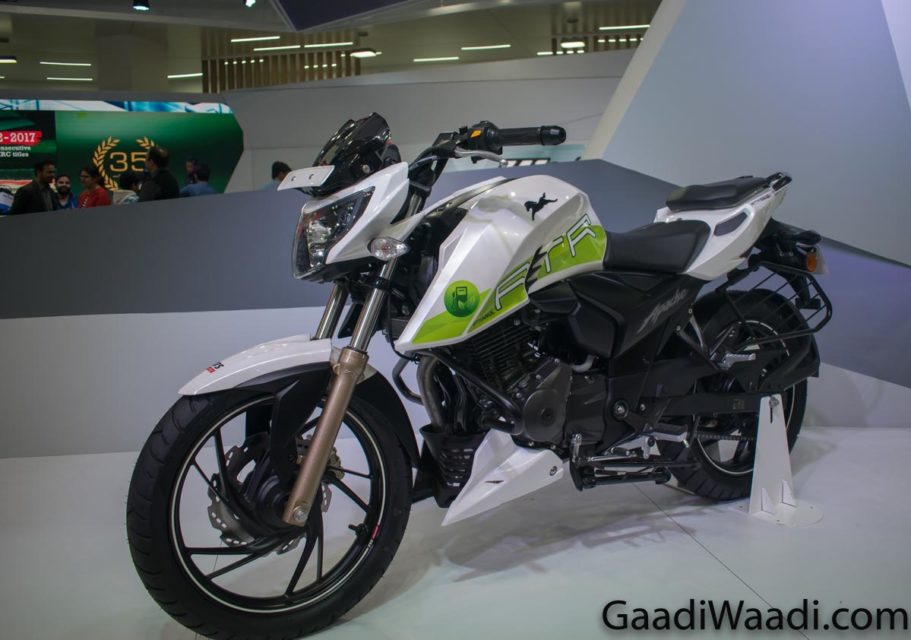 The Apache RTR 200 Fi E100 was part of TVS’ showcase at the 2018 Auto Expo where the Zeppelin cruiser concept and Creon e-scooter concept were also displayed. Oil marketing firms buy ethanol made from sugarcane at Rs. 59.13 per litre and Rs. 52.43 per litre if produced from molasses.

The biggest advantage of ethanol over petrol is its local production from renewable plant sources. For the adoption of E100, TVS says the two-wheelers have to undergo a number of changes. Depending on the ethanol blend percentage, the elastomers and rubbers must be modified. 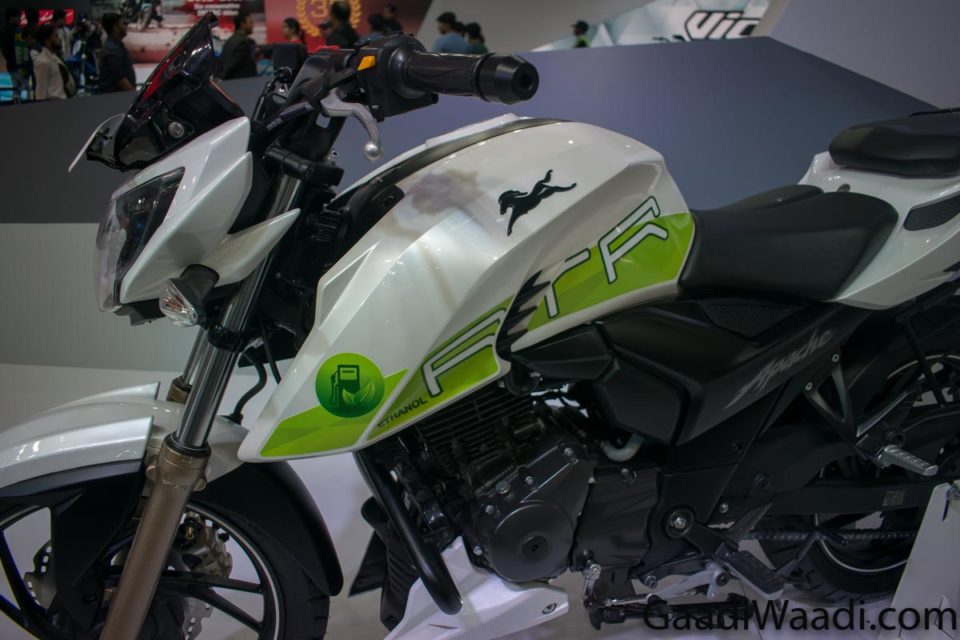 The electronic fuel injection system of the Apache RTR 200 has also been tuned to use ethanol. Based on ethanol blend percentage, engine performance and durability will also vary. Using ethanol as fuel helps in reducing NOx, HC and CO emissions as well.

The Apache RTR 200 Fi E100 runs on 35 per cent oxygenated fuel and is powered by the existing 197.75 cc single-cylinder, air/oil-cooled, fuel injected engine producing 21 PS at 8,500 rpm and 18.1 Nm of peak torque delivered at 7,000 rpm. The Twin-Spray-Twin-Port EFI technology is said to offer better drivability and smoother throttle response.

The top speed is claimed at 129 kmph and the exterior gets a splash of green on the fuel tank and shrouds to distinguish itself from the regular RTR 200. The all-important fuel economy of the Apache RTR 200 Fi E100 is yet unknown and it will be a challenging task for TVS to go mainstream with it considering the fuel’s availability.