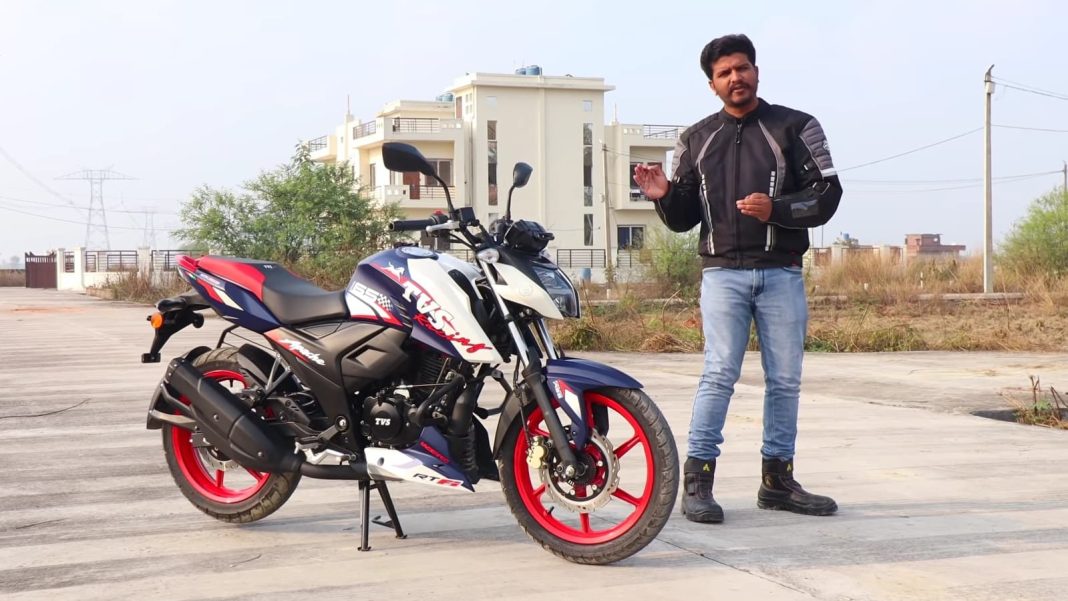 The limited-edition TVS Apache RTR 165 RP sports plenty of changes over the RTR 160 4V, including a new paint scheme, better features, and a more powerful engine

TVS Motor Company launched the Apache RTR 165 RP in December 2021, as the first bike in the brand’s “Racing Performance” series. With production limited to just 200 units, the motorcycle was sold out within days of launch. While not everyone was lucky enough to get their hands on it, we can still feast our eyes on one, thanks to the internet!

The video below, posted by MOTORBUDDY, gives us a close look at TVS Apache RTR 165 RP. The first thing that grabs our attention is the unique triple-tone paint scheme – white, red and blue – along with the bright red wheels. Thanks to that, the motorcycle has a lot of road presence. The design is similar to the standard RTR 160 4V/RTR 200 4V, which recently underwent a facelift.

The bike gets an LED headlamp, with integrated LED DRL, along with an LED taillight. We see a single-piece dual-tone seat here, which is fairly comfortable. The riding ergonomics are unchanged; the single-piece handlebar is set not too high, the footpegs are centre-set, and the seat is fairly low, which gives the motorcycle a sporty yet upright seating posture.

TVS has branded its heritage on to the motorcycle. We see ‘15 Years Anniversary Edition’ on the tank, ‘Racing Since 1982’ on the headlamp cowl, ‘TVS Racing’ on the seat, and a tri-colour vinyl (saffron, white, green) on the tail. The instrument console is the same LCD digital unit that does duty on Apache RTR 160 4V.

On Apache RTR 165 RP, adjustable brake and clutch levers are offered. The braking system consists of a 270mm disc at the front and a 240 mm disc at the rear, with single-channel ABS. The motorcycle gets conventional forks up front (race-tuned, non-adjustable), along with a race-tuned monoshock rear suspension. 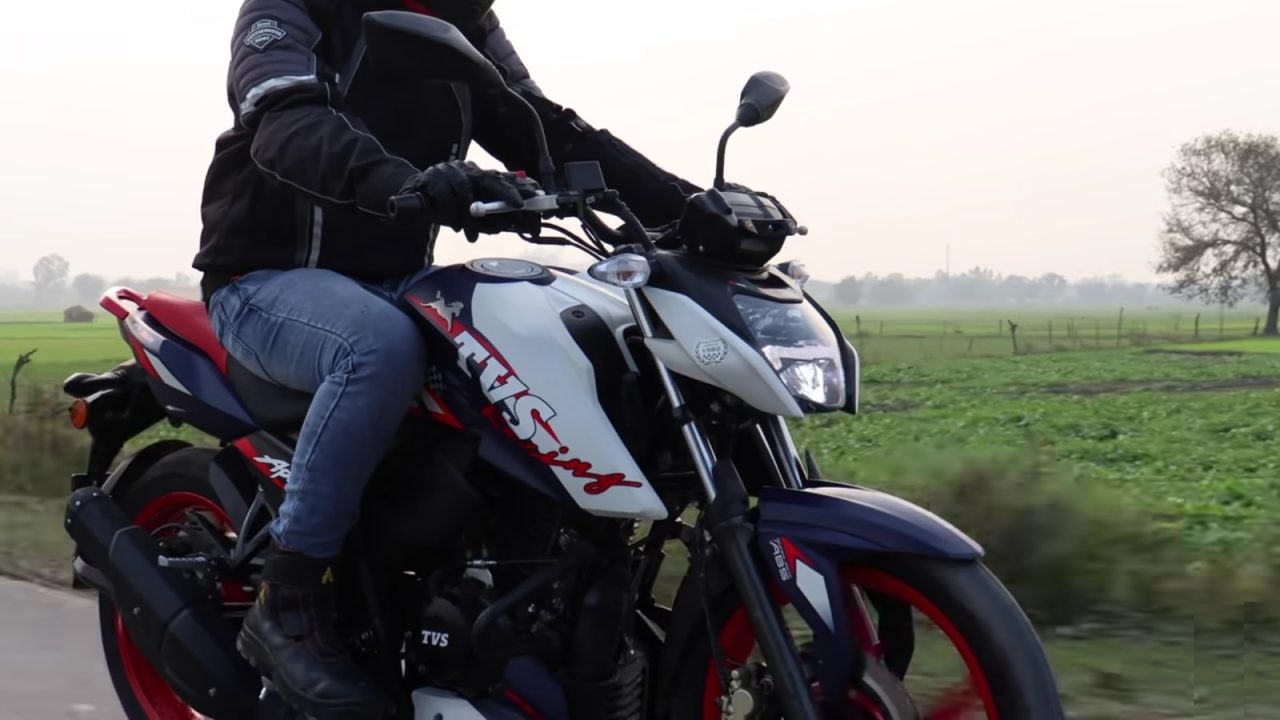 The engine of TVS Apache RTR 165 RP is a 164.9cc, oil-cooled, single-cylinder motor, with peak power and torque of 19.2 PS and 14.2 Nm on tap, respectively. This engine makes the bike more powerful than Yamaha YZF-R15! Transmission duties are handled by a 5-speed gearbox, with a race-tuned slipper clutch available as standard.