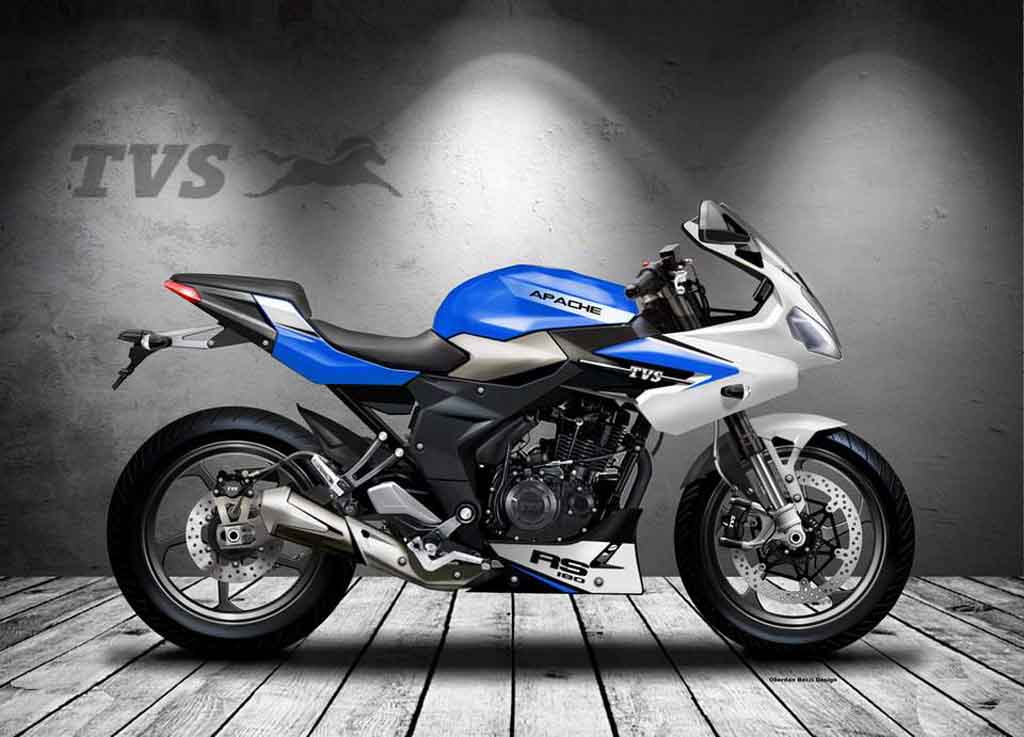 In last couple of days we presented you several TVS Apache 180 based track ready bike concepts, imagined and rendered by famous Italian automotive designer Oberdan Bezzi. Here we have another imaginative concept from his sketchbook, christened as the TVS Apache RS180. This bike looks perfectly doable, if the Hosur-based two-wheeler manufacturer ever considers it for production.

The TVS Apache RS 180 concept comes with a semi-fairing appearance. The bike looks like have taken inspiration from Bajaj Pulsar 220F and Yamaha FZ. Based on the TVS Apache 180, the RS 180 concept gets sharp front fascia with sharp and wide LED headlamp and a front visor as well, enhancing its sporty appeal. The instrument cluster is likely to get an analog-digital combo display. 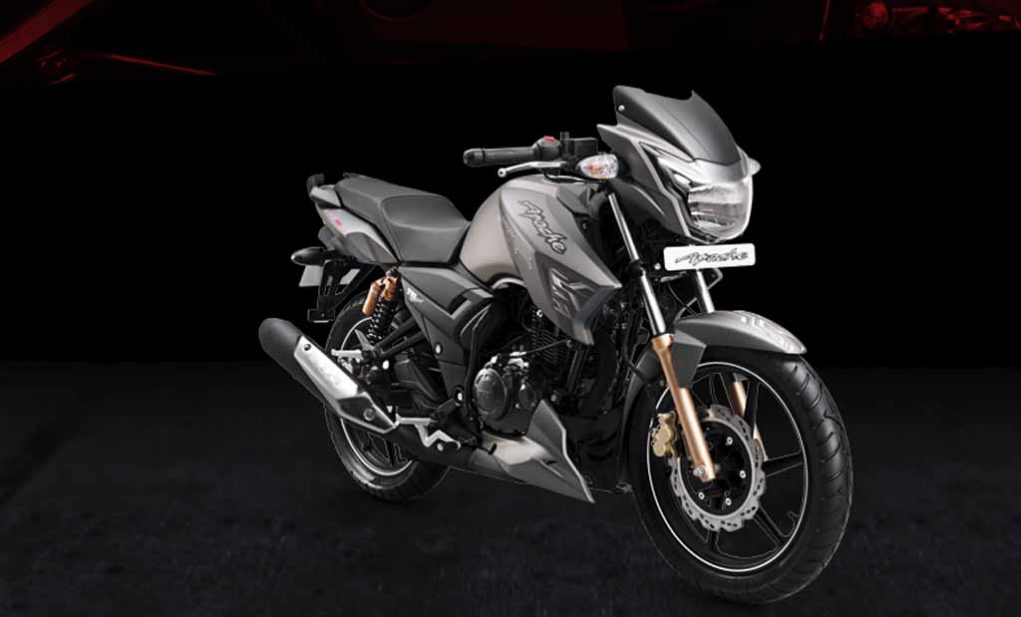 The fuel tank comes pretty muscular and sculpted looking, while the side body panels give it a chunky look. The split seat with lower positioned rider seat, White and Blue colour combination, sleek and narrow tail section sporting a LED taillight and a metal finished exhaust muzzle enhance the appeal of the bike further. Despite being purely speculative, the bike comes very practical looking.

According to the designer, power source for the TVS Apache RS 180 concept is going to be a 177 cc single-cylinder engine paired with a 5-speed manual gearbox. This powertrain is well capable of churning out 17.03 bhp of peak power and 15.5 Nm of peak torque.

For braking duty the imaginative concept has been equipped with disc brakes on both front and rear wheels. The bike runs on alloy wheels wrapped in meaty performance-spec tyres. TVS Apache series has garnered a positive response and fetches good sales figure as well. If the company decides to introduce a new model to the entry level sportsbike segment of the domestic market, this could be a perfect choice for that.