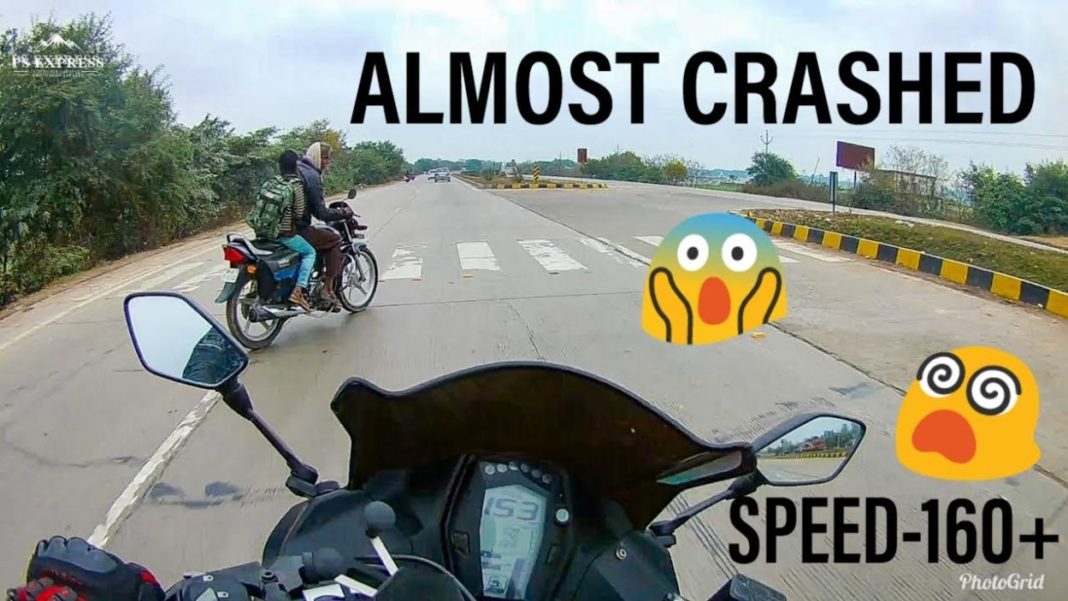 Indian roads are one of the most dangerous roads in the world and the accident statistics tell us the same story. There are many hidden dangers on the Indian roads including stray cattle and jaywalkers. But there are many motorists who drive or ride dangerously as well and without following any rules to put their own lives and the lives of the others in danger.

Here is a video of TVS Apache RR 310 that shows one of the many dangers on the Indian roads. The video is taken on a relatively empty highway from a helmet-mounted camera of the rider. The video is from a group ride where everyone can be seen speeding on the highway.

The TVS Apache RR 310 rider narrowly misses him but it could have been a disaster. The Apache RR310 rider had the right of way and he did nothing wrong, except for riding at an extremely high speed. However, riding on the Indian highways at high speed at very dangerous.

You cannot trust other motorists on the road to follow rules and riding at high speed can just lead to severe accidents. Apart from such abrupt turnings on the highways and city roads, many people ride on the wrong side on the highways. One should always slow down at intersections in India even if the road ahead is clear. Highways that go through crowded areas like villages and cities have the highest dangers of such accidents.