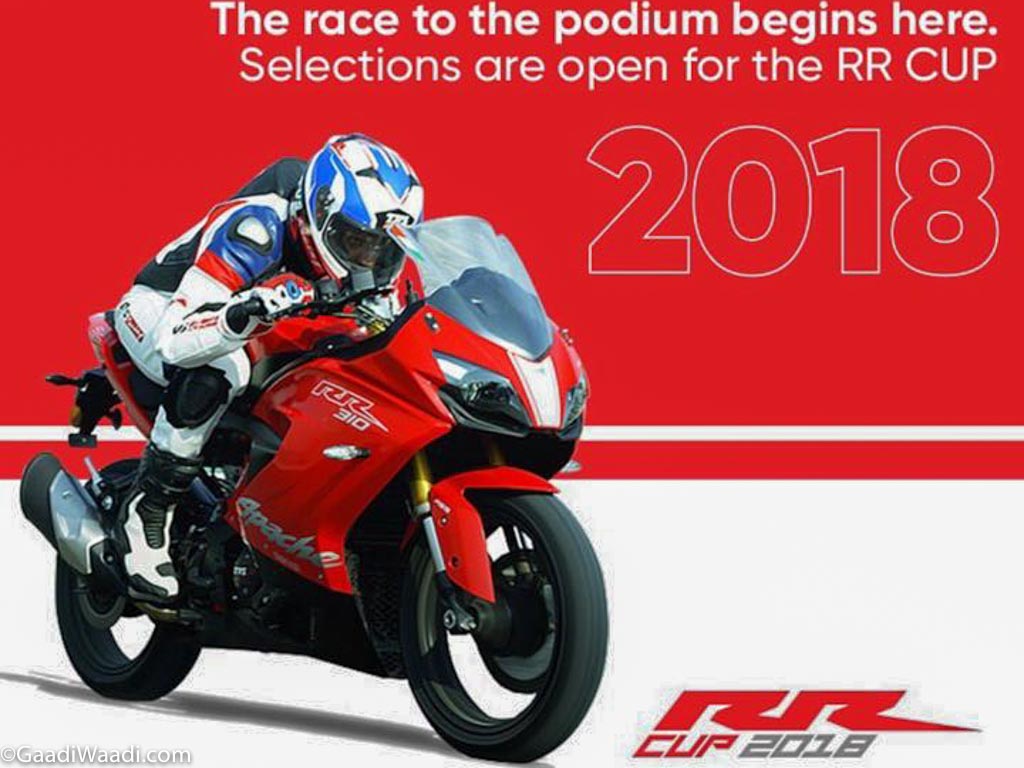 TVS Motor Company officially announced the Apache RR Cup during the launch of the Apache RR 310 a few months ago. The Apache RR Cup is a global event and it will be held in 5 different countries starting with India, Middle East, Africa, Southeast Asia and other Latin Countries.

The winners from each country will participate in a global finale race and these winners will be participating for TVS in other circuit racing programs as well. To make the one-make racing series more attractive, TVS is offering three levels – beginner, intermediate and advanced. 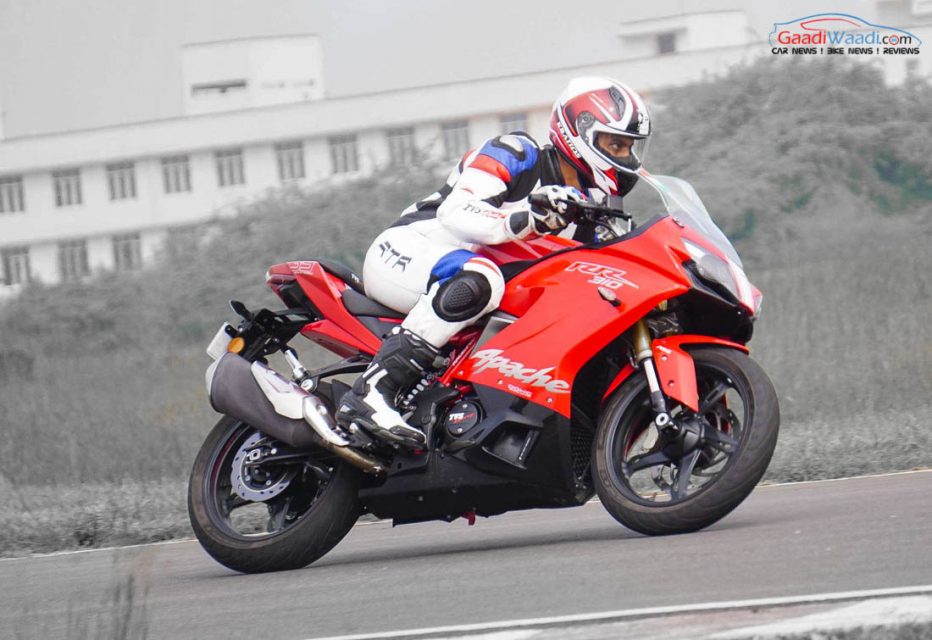 The participant must pay refundable deposit of Rs. 5000/- in advance, as this amount will be used to cover damages to the bike, if any. During the final selection round, 12 fastest riders depending on their lap time will be selected for the races. 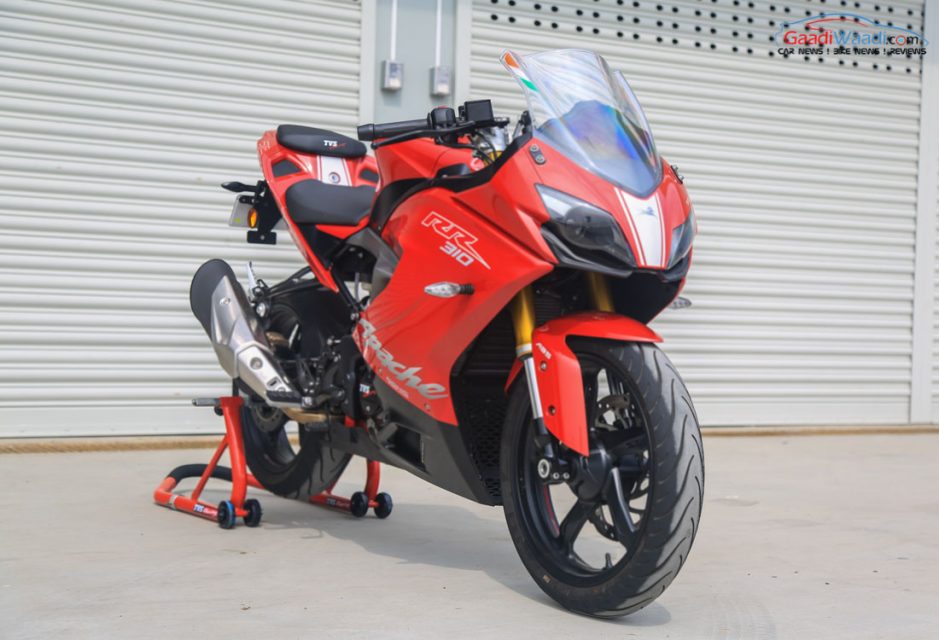 Then the selected riders must pay entry fee for 5 rounds which is Rs. 17,500/- along with Rs. 25,000/- for repair and maintenance of the bike for a year with an assured commitment from the rider to compete in all the race weekends.

The first race is going to be held on MMRT Track in Chennai on May 12. The race bike is going to be based on the production version of Apache RR 310 but the company hasn’t announced specification of race bike yet. We can expect stickier tyres along with new exhaust system and re-tuned engine. 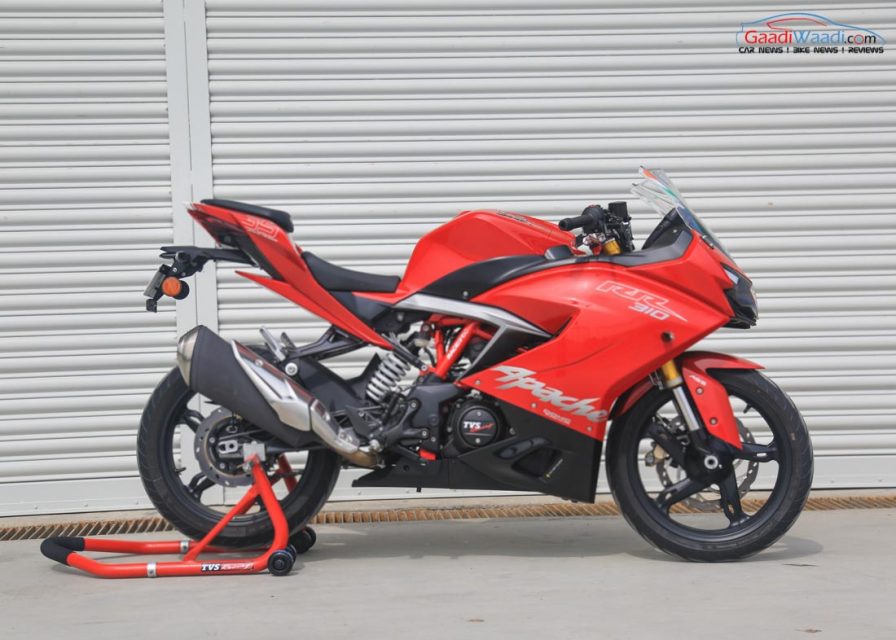 We can expect the Apache RR Cup machines to be quicker and more aggressive to act as a challenging track weapon. The Hosur-based manufacturer has given disc brakes at front and rear with ABS system on both wheels. The regular TVS Apache RR 310 competes against KTM RC 390 and Honda CBR 250 R.