In an event attended by over 25,000 spectators in Pune, TVS Apache Pro Performance X stunters performed stunts for six hours without stopping

TVS Motor Company has rich motorsport history and on the back it the Apache series was born back in 2006. Through the years its lineup has been expanded to appeal for a different set of young buyers and in December 2017 the flagship RR 310 was introduced with huge anticipation.

The Hosur-based manufacturer has stunting as one of its primary endorsements to reach buyers and it has largely been successful in using it to showcase the Apache series’ abilities. It has created a new record for the longest non-stop stunt show in the country by entering into the Asia Book of Records.

It is part of the Apache Pro Performance X as five stunt teams from Coimbatore, Bangalore, Jaipur, Indore and Delhi put their skills to full use for the non-stop stunt show for a period of six hours. They astride the specially prepared Apache RTR 200 4V motorcycles and the event was held at Seasons Mall in Pune despite under heavy showers. 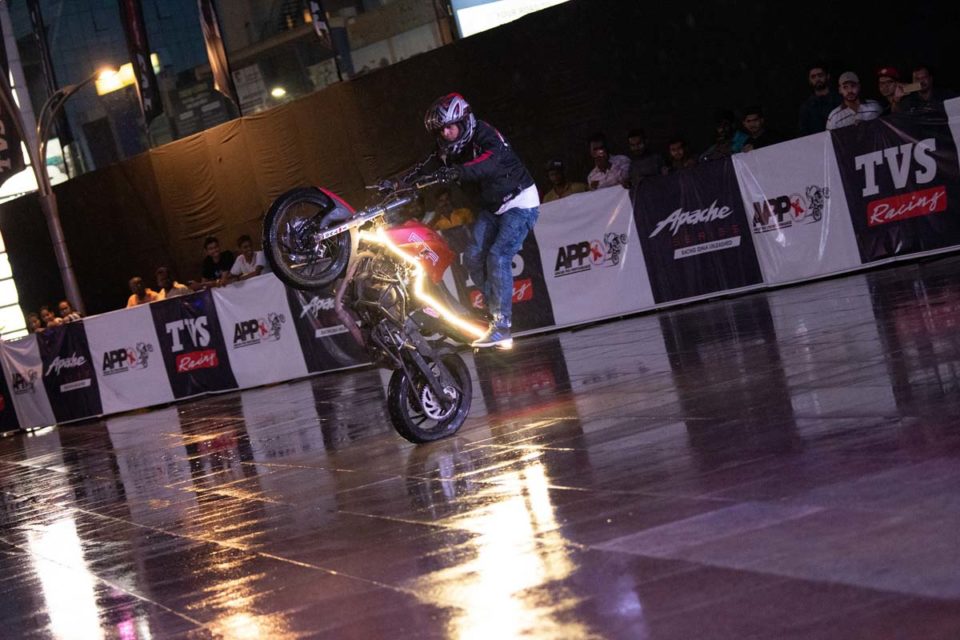 The event saw an attendance of over 25,000 spectators as the stunt bikers used their skills and manoeuvrability on the Apache motorcycles with special stuns like Jesus Christ pose, synchronized flower burnout, pillion thrill-ride, 360-degree, front wheelie, suicide burnout, and a mega bike burnout.

The stunt crew went one better by breaking their previous best of stunting for five long hours without stopping back in Chennai a couple of years ago when the TVS Apache Pro Performance X reached new heights, only to be bettered this time around. 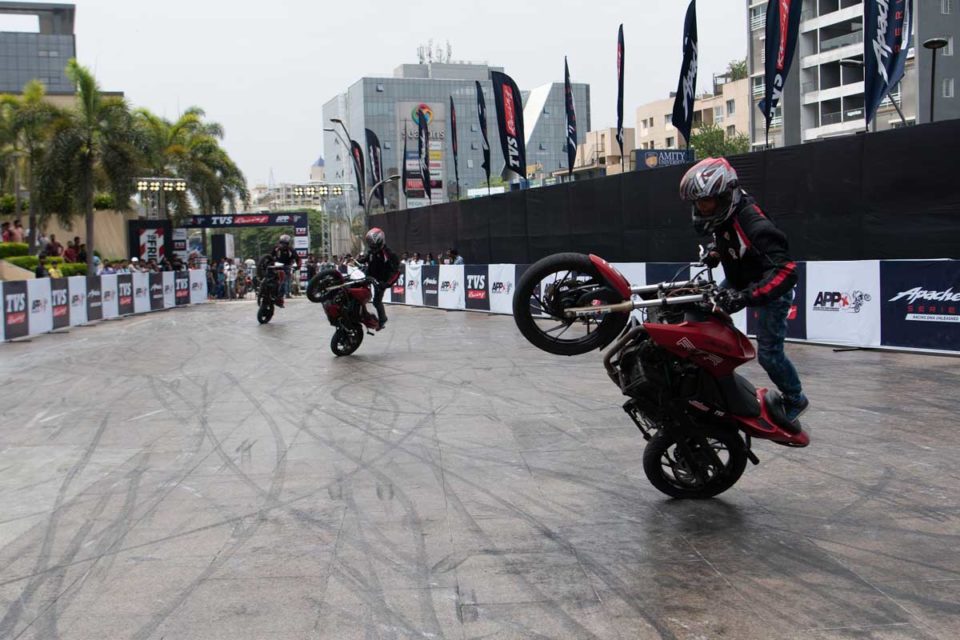 This initiative is driven by TVS Racing while APP (Apache Pro Performance) promotes the performance prowess. A few weeks ago, TVS launched the updated Apache RR310 with a new colour scheme and slipper assist clutch as standard while several changes were made to mitigate the faired supersport’s vibrations.