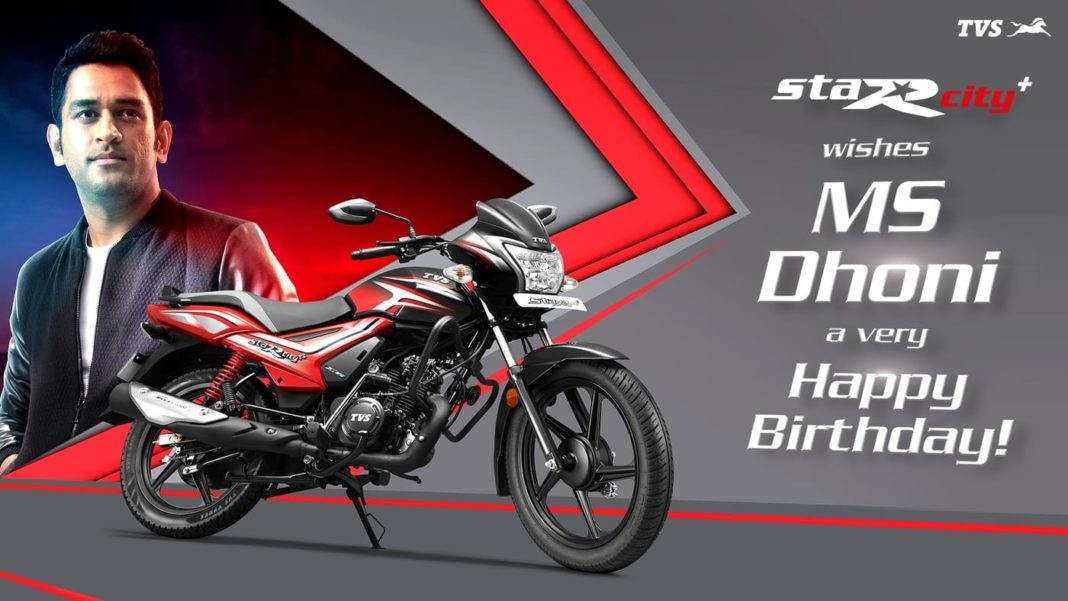 Mahendra Singh Dhoni, former Captain of the Indian national cricket team, has had many accolades to his name. Fans all over the country have taken to social media to shower love and respect for Captian Cool on his birthday today. Indian two-wheeler brand TVS has also issued a birthday wish for Dhoni, along with a special commemorative video.

M.S. Dhoni has been associated with TVS for a decade and a half, being the brand ambassador for the TVS StaR city+.  He has also starred in multiple advertisements for the StaR City+. The company has released a short video with the highlights clips of all the TVCs Dhoni has shot for the motorcycle. It’s a wonderful tribute to one of the most iconic sportspeople in our country.

TVS has also announced a social media contest dubbed Dhoni ki #StarWaaliBaat, for fans. In this contest, participants have to perform seven tasks that will roll out throughout the day. Out of all the participants, 15 fans will be chosen and rewarded with MSD Memorabilia. To participate in the Contest, you can check out the official Facebook page for TVS StaR city+.

The tasks range from answering simple questions about MS Dhoni and his journey with TVS, to sending him the most unique birthday wishes ever. The contest shall end on midnight of 7th July 2020, i.e., today. If you wish to participate, better be quick!

The current iteration of the TVS StaR city+ is powered by a BS6 compliant 109.7cc petrol engine, which is capable of generating a maximum power of 8.19 PS and 8.7 Nm of maximum power and peak torque, respectively.  This air-cooled SOHC motor comes mated to a 4-speed sequential gearbox. 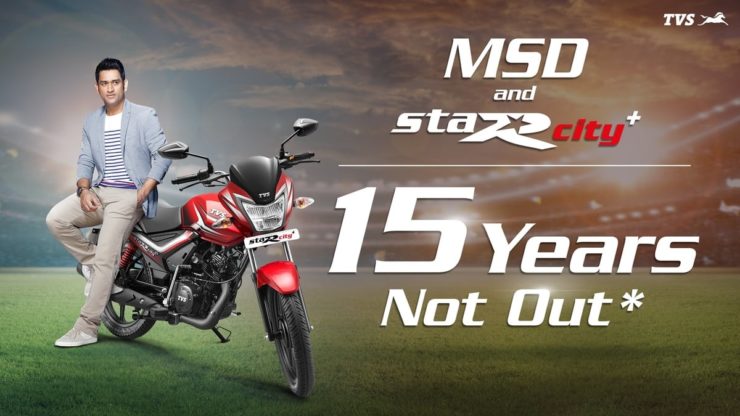 Fuel injection comes as standard on the bike, due to the strict emission norms. You get an electric start as well a kick start, which enhances the convenience factor of the motorcycle. The motorcycle is available in two variants – mono-tone colour and dual-ton colour. The prices of both these models are Rs. 62,034 and Rs. 62,534, respectively (ex-showroom price, New Delhi).