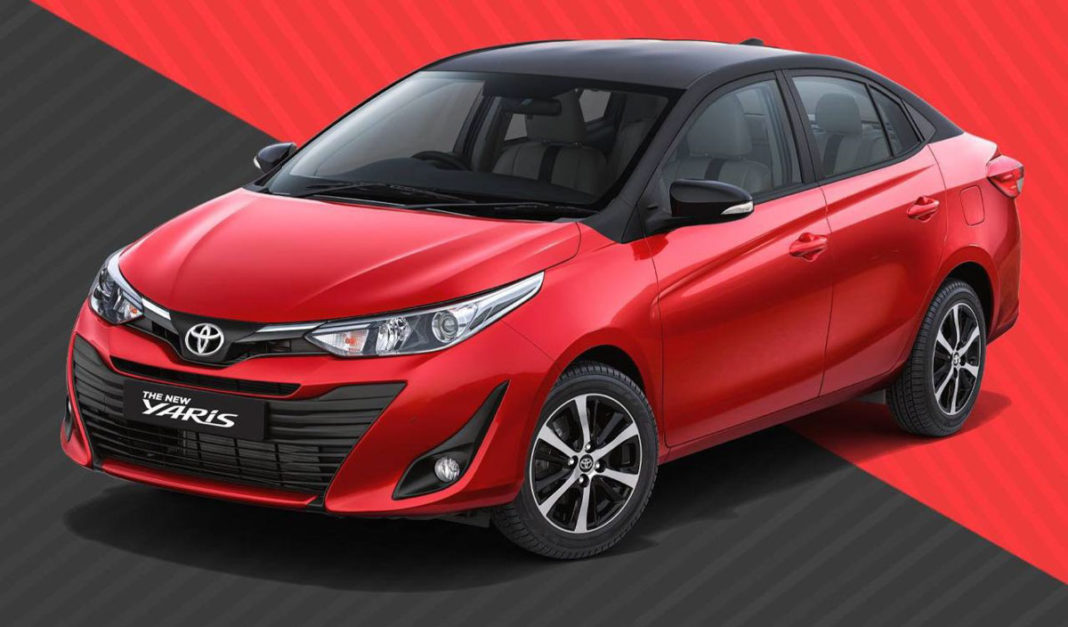 Toyota India recently launched the Yaris in three new variants, with the V (Optional) trim getting a dual-tone paint job

Toyota revealed the Yaris mid-size sedan at the 2018 Auto Expo as their highly thoughtful product made for the Indian market. However, the sedan failed to gain excitement among buyers, although the initial response was good. The lack of a diesel engine and competition again cars like Maruti Suzuki Ciaz, Honda City and Hyundai Verna are considered to be the reasons behind the slow sales of the Yaris.

Now the company has given their sedan a much-needed updated and has re-introduced the Yaris with both interior and exterior styling updates, some newly added features, and has also introduced new variants. The updated Toyota Yaris has been priced at Rs 8.65 lakh for the base J (Optional) MT variant, and it goes up to Rs 14.07 lakh for the top-end VX CVT variant (all prices ex-showroom).

Toyota has also released a TVC of the dual-tone Yaris. The TVC highlights the design of the Yaris, focusing on the red and black paint scheme and also interior changes. The paint scheme is available only with V (Optional) trim.

This trim sits between the V and the top-end VX trim and is priced at Rs 11.97 lakh for the manual version and Rs 13.17 lakh for the CVT version (all prices ex-showroom). It also gets new diamond-cut alloy wheels, blacked-out grille and ORVMs and leatherette seats.

As for the other variants, Toyota has introduced two more variants in the form of J (Optional), and G (Optional) apart from the V (Optional). The J (Optional) and G (Optional) variants have been placed below the existing J and G variants and the difference is that the new variants get three airbags as standard, as opposed to seven that are offered in the pre-existing variants. 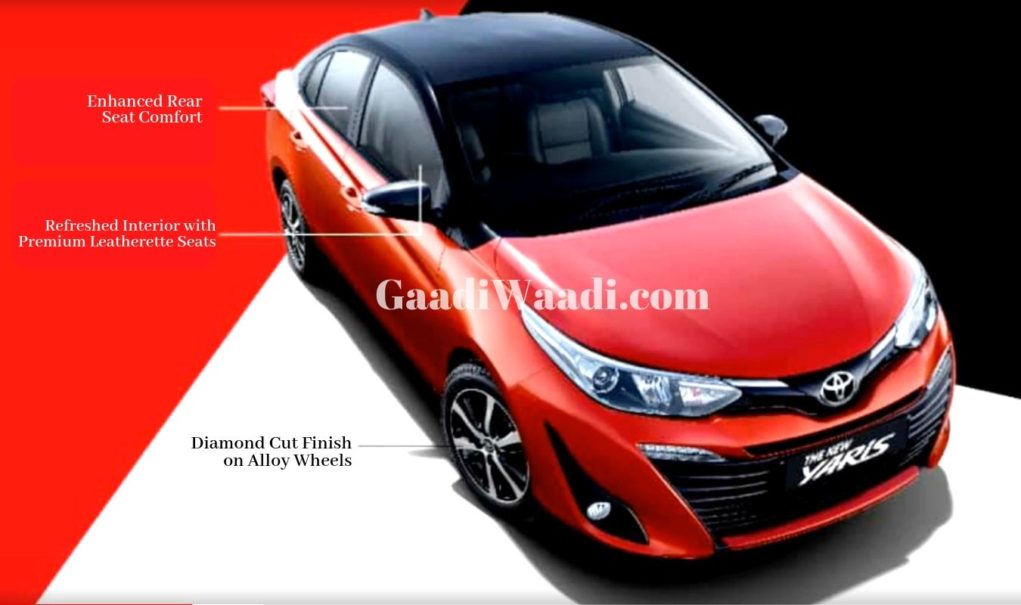 The G variant no longer gets an audio system whereas the V variant will be offered with the same 7.0-inch touchscreen infotainment system as the one on the VX variant. Mechanically, there are no changes on the updated Toyota Yaris and it continues to be powered by the 1.5-litre petrol unit that makes 107 hp.