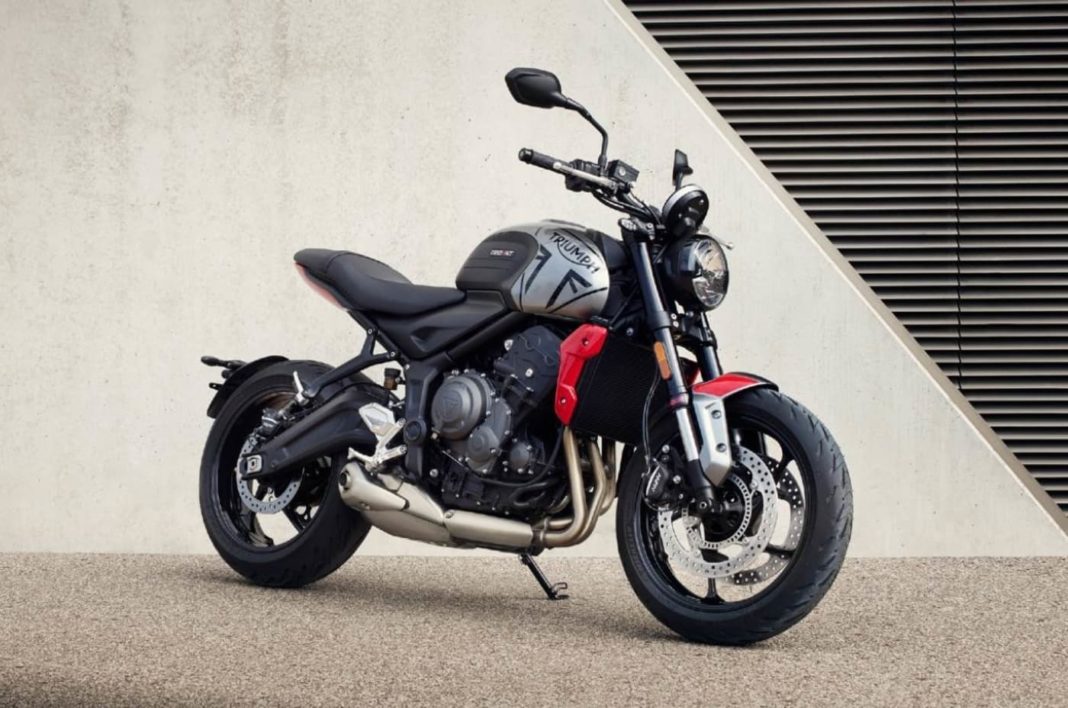 The Triumph Trident will likely launch in India as well, as a CKD import, mostly around mid-2021 to rival the Kawasaki Z650

Triumph Motorcycles has finally revealed its newest triple-cylinder model, the Trident. Bookings for the motorcycle have commenced in the UK, and it will go on sale in a few other international markets later. We expect the Trident to make landfall in India as well, probably by the middle of next year.

The Triumph Trident will be the brand’s most affordable triple, slotting under the speed-triple and street-triple bikes. In the international markets, it will compete against the Kawasaki Z650, Honda CB650, and the Yamaha MT-07. The Trident gets retro-inspired styling, but mixed with modern technology and features. It gets a round LED headlamp, along with a round fully-digital instrument cluster (with turn-by-turn navigation).

The bulbous 14-litre fuel tank also adds to the aesthetic appeal. The tail section is quite narrow though, which gives it a sporty look, especially with the sleek-looking LED taillight. The underbelly exhaust looks a little bulky tough, but most of its mass is neatly masked, and the overall styling is quite sharp. 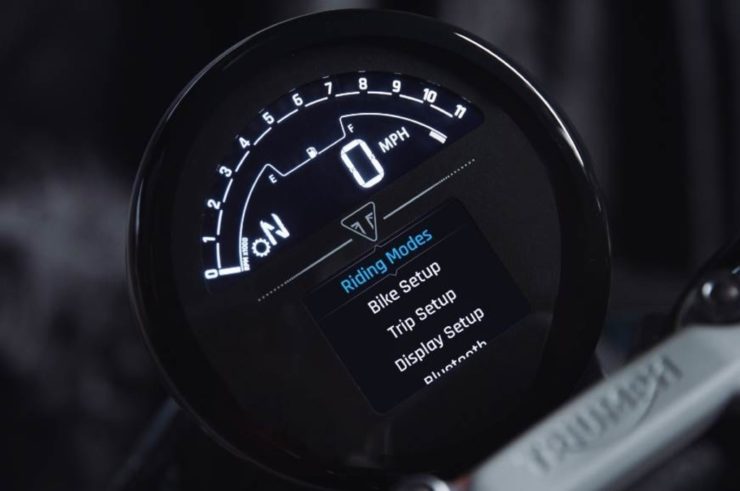 The Triumph Trident will be powered by a 660cc engine, capable of generating 81 HP of maximum power (at 10,250 rpm) and 64 Nm of peak torque (at 6,250 rpm). This motor comes paired to a 6-speed sequential transmission with slip-and-assist clutch and bi-directional quick shifter. It also gets two riding modes – Road and Rain – along with switchable traction control.

“My Triumph” Connectivity System is also available on the motorcycle. The Trident sports a pair of Showa USD separate function forks at the front and preload-adjustable monoshock at the rear. The company has also confirmed that the Trident will wear Michelin Road 5 tyres. It also gets twin 310mm front disc brakes on the front wheel, sourced from Nissin. 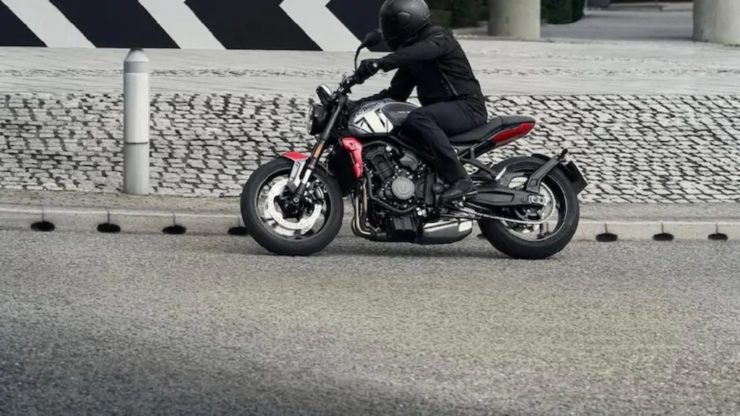 At 189kg, the new Triumph Trident isn’t too heavy , and the seat height of 802mm isn’t too high either, especially for new riders. The Trident gets an all-new chassis, built from steel instead of aluminium, to save costs. The motorcycle has been priced at 7,195 pounds in the UK market (equivalent to Rs. 6.96 lakh).