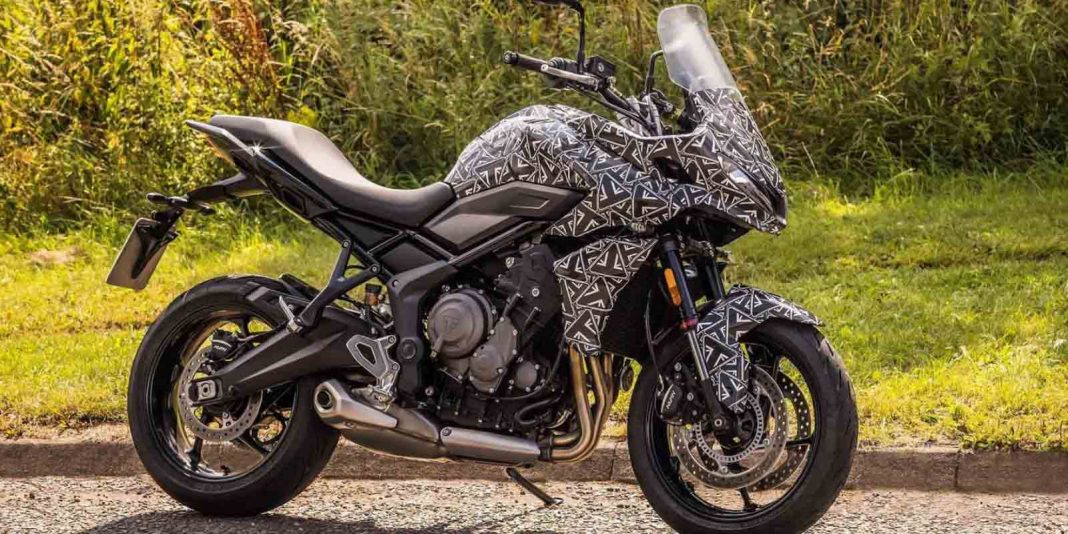 The Triumph Tiger Sport 660 was something we were drooling over since the teaser images of the camouflaged prototype were released officially. As we expected, it looks stunning as Triumph knows how to nail a motorcycle’s design. Having several commonalities with the highly appealing Trident 660 naked, the Triumph Tiger Sport 660 does look highly appealing.

The sleek twin LED headlamp unit makes way for a tall windscreen and the big fuel tank extends into a neat finish – rendering a rather clean stance with muscular lines when viewed from the sides. And the British manufacturer may not play around with fancy body graphics and decals either.

Other design highlights in the Triumph Tiger Sport 660 are prominent radiator shrouds, a wide single-piece seat setup, a tall handlebar that should enable an upright riding posture, relaxed footage positioning for touring purposes and a stubby exhaust system existing out of the mighty triple. 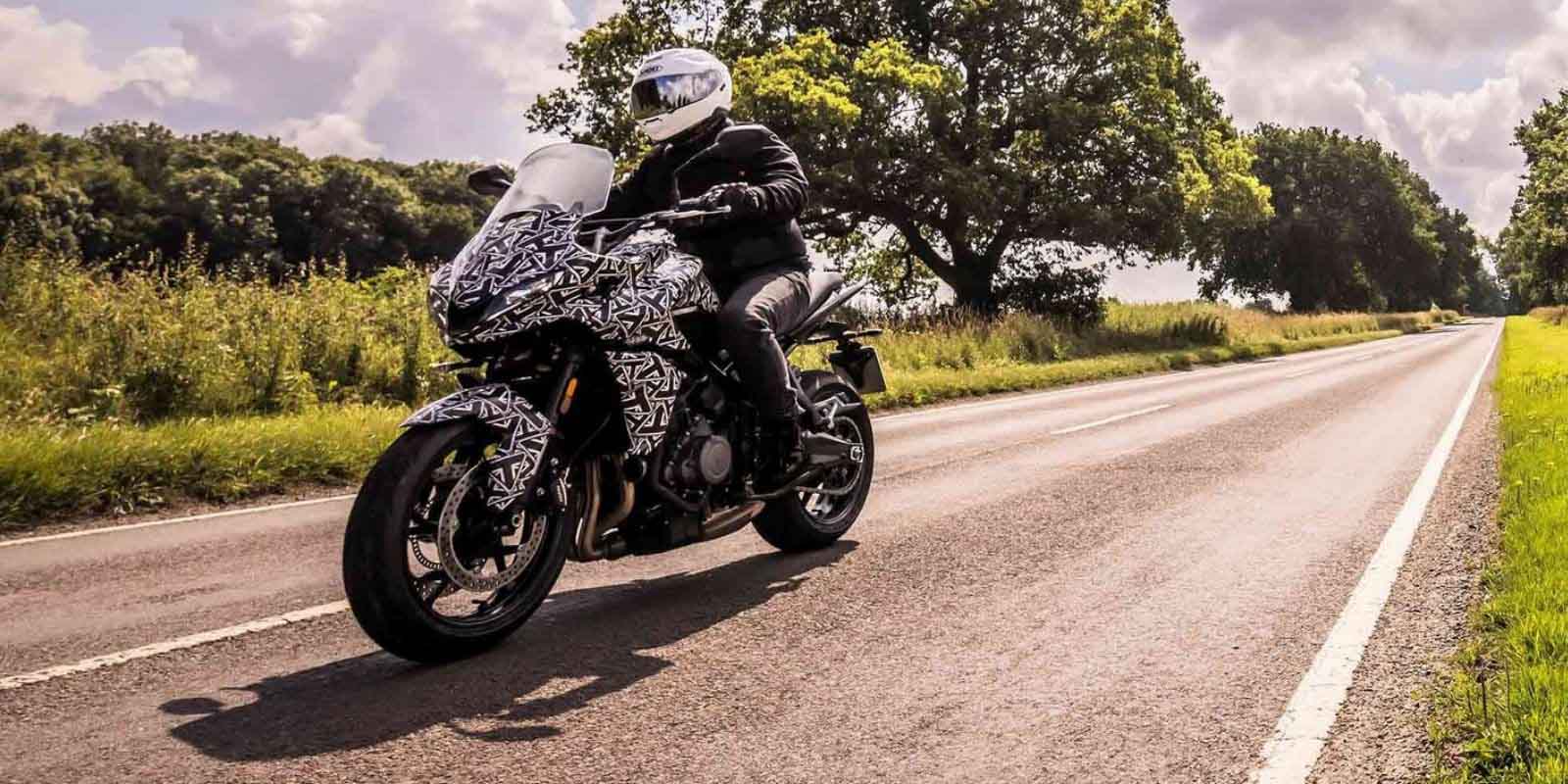 It will get an all-digital TFT instrument console that is almost identical to the Trident 660 with similar graphics but is less rounded in appearance. The overall ergo could be upright with sprinkles of sportiness and the pillion seat is more upswept compared to the Trident.

The adventure sports tourer is equipped with the same 660 cc three-cylinder liquid-cooled inline motor as the Trident 660 and is good enough to produce a maximum power output of 81 horsepower and 64 Nm of peak torque. It is hooked with a six-speed transmission and a bi-directional quick shifter will be offered as well. 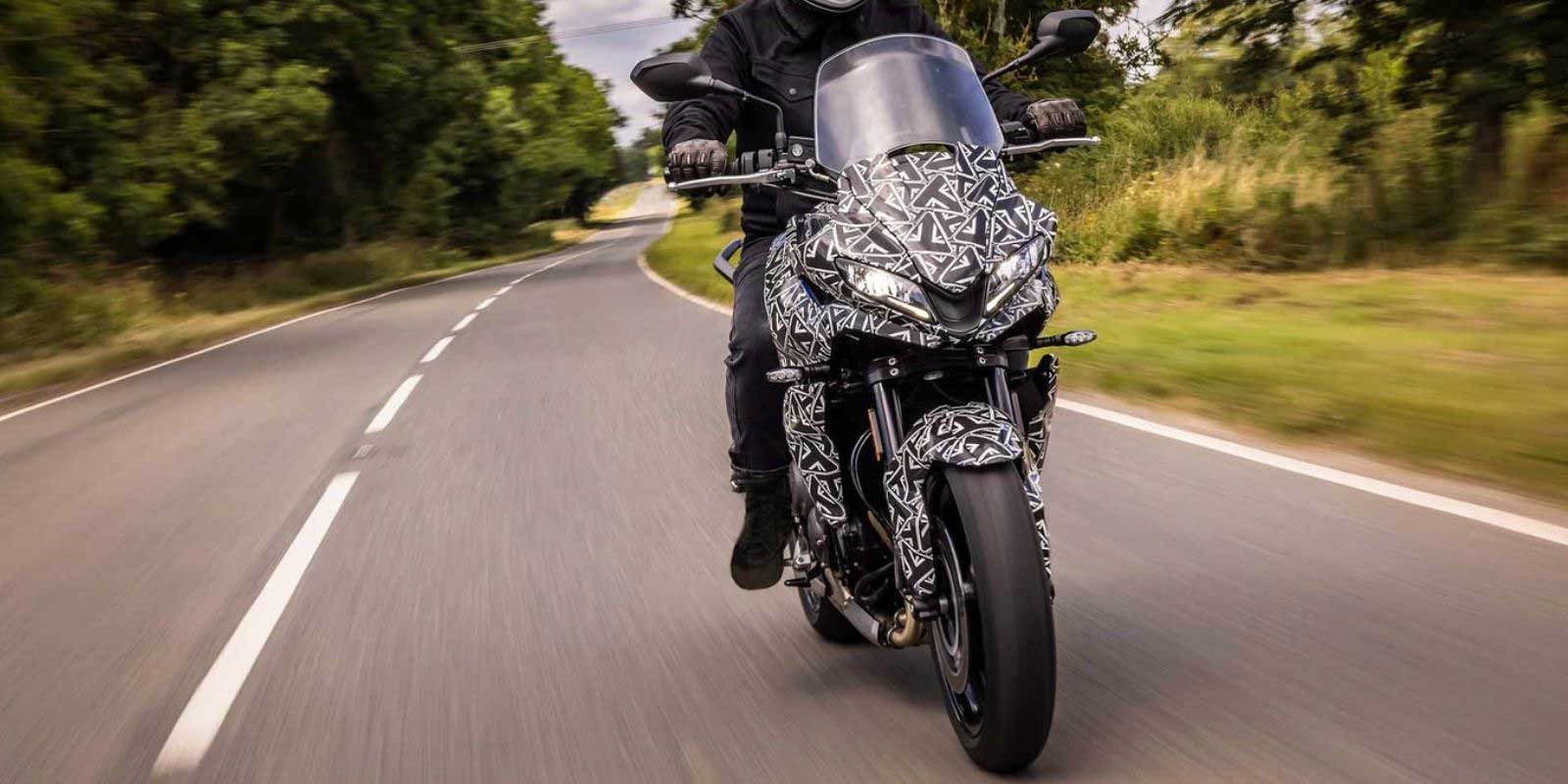 Whether the gear ratios are altered to suit the off-roading nature is yet unknown. Mechanically, it boasts Showa-sourced upside-down front forks with likely increased suspension travel and it could be an adjustable unit as well. The Triumph Tiger Sport 660 rides on 17-inch black alloy wheels shod on Michelin Road 5 tyres interestingly as it is more suited for tarmac conditions.

It is built on the same tubular steel frame and the swingarm is slightly different compared to the Trident. Expect the global debut of the Triumph Tiger Sport 660 to happen in the coming weeks and it could be launched in the early parts of 2022 in India with a price range between Rs. 7.6 lakh and Rs. 8.6 lakh (ex-showroom).