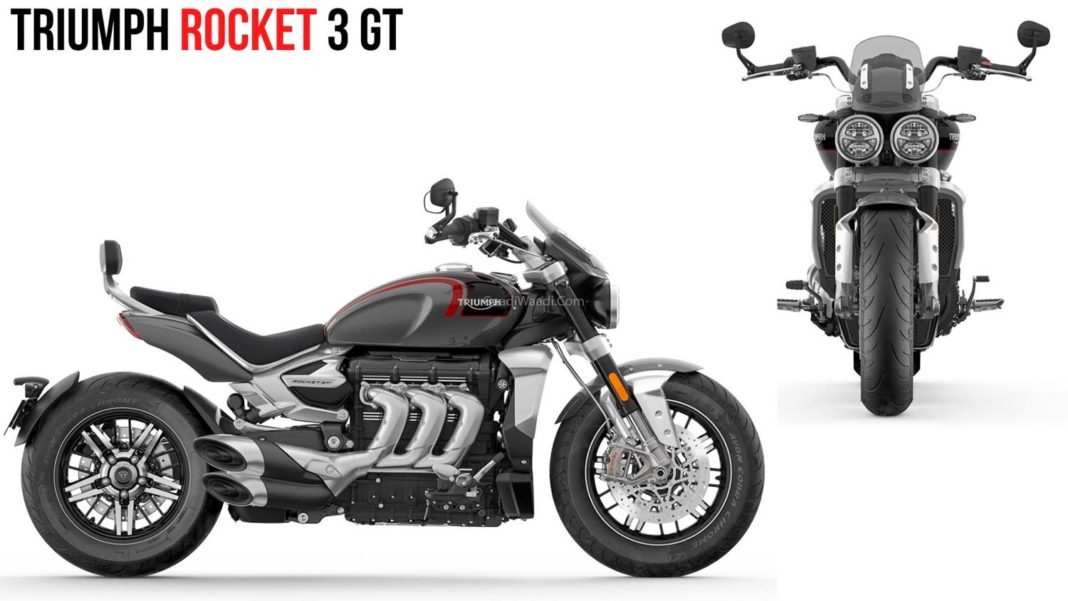 The newly launched Rocket 3 GT is the cruiser version of the Rocket 3 motorcycle range, and sits above the Rocket 3 R in Triumph’s Indian line-up

A few weeks ago, Triumph Motorcycles India launched its flagship offering in the Indian market, i.e. the Rocket 3 GT. The British high-end motorcycle manufacturer already retailed the Rocket 3 R in the country, which was launched last year, however, the newly launched Rocket 3 GT features some noteworthy changes over the former.

The Rocket 3 GT is basically the cruiser version of the Rocket 3 motorcycle, whereas the R version is the street-oriented roadster. Hence, the Rocket 3 GT offers a relaxed riding position, and comes equipped with a flat, single-piece handlebar. The foot pegs are forward-set, while the seat has height of 750 mm, 23 mm lesser than the Rocket 3 R.

Other visual features include a fly-screen, heated grips and a height-adjustable backrest for the pillion rider. The Rocket 3 GT gets the same alloy wheels as its twin, however, the chrome accents seen on the former’s wheels sets it apart. 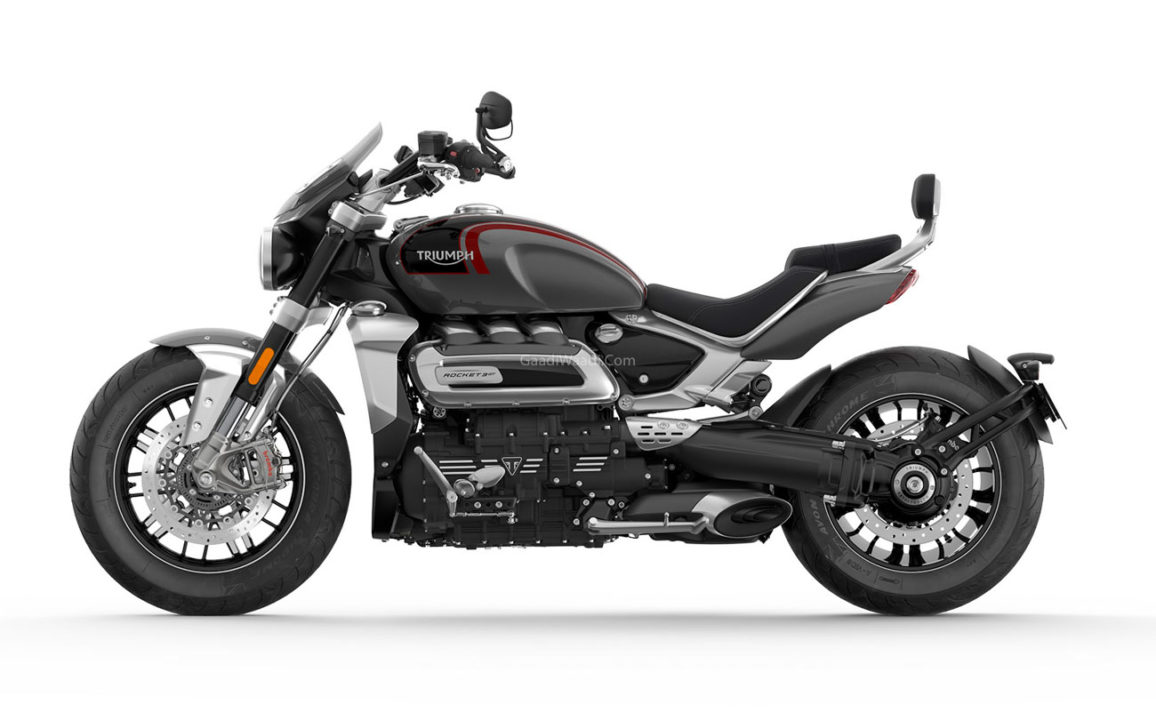 The motorcycle draws power from a 2.5-litre, three-cylinder, water-cooled engine that belts out 167 PS of maximum power at 6,000 rpm, as well as 221 Nm of peak torque at 4,000 rpm. This engine, which is shared with the Rocket 3 R as well, is actually the largest-displacement engine of any production motorcycle.

The Triumph bike has been built on all-aluminium frame, and the uspension duties are handled by 47 mm, compression and rebound adjustable, Showa USD forks up front, and a monoshock at the rear and a monoshock at the rear with a Showa piggyback reservoir and remote adjuster.  The braking setup consists of twin 320 mm discs at the front with Brembo Stylema four-piston monobloc calipers, coupled to a 300 mm single disc at the back with a Brembo M4.32, four-piston caliper. The Rocket 3 GT weighs 294 kg. 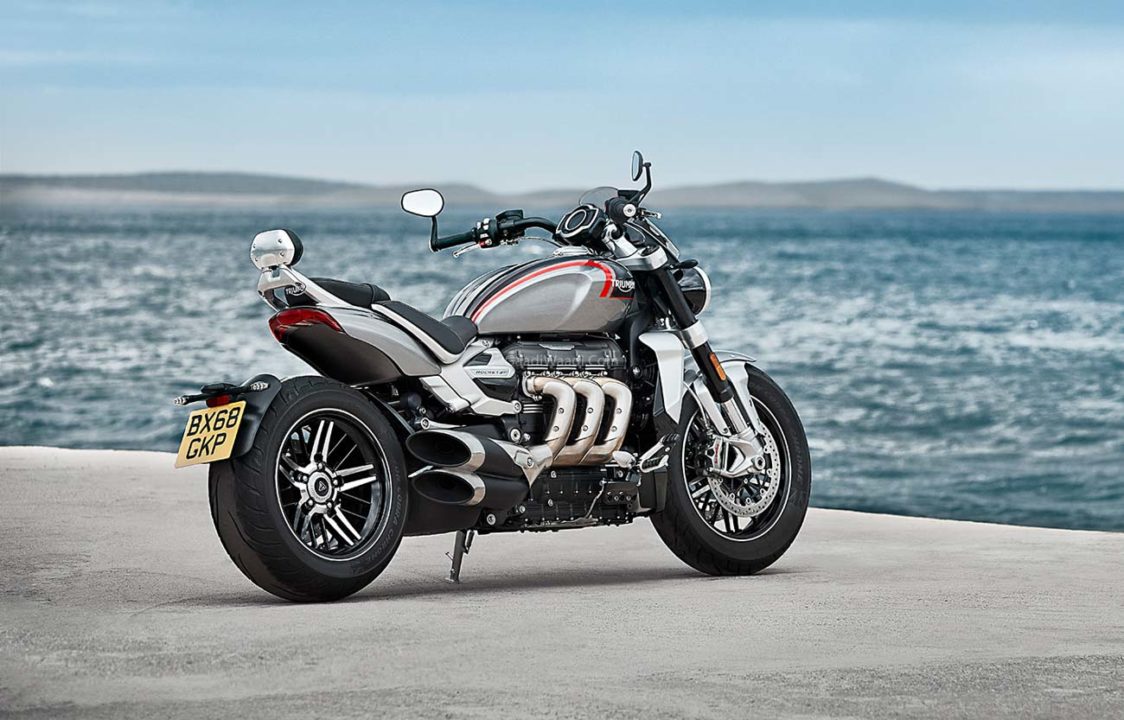 Triumph has priced the new Rocket 3 GT at a base price of Rs 18,40,000 (ex-showroom), making it the most expensive Triumph on sale in India.