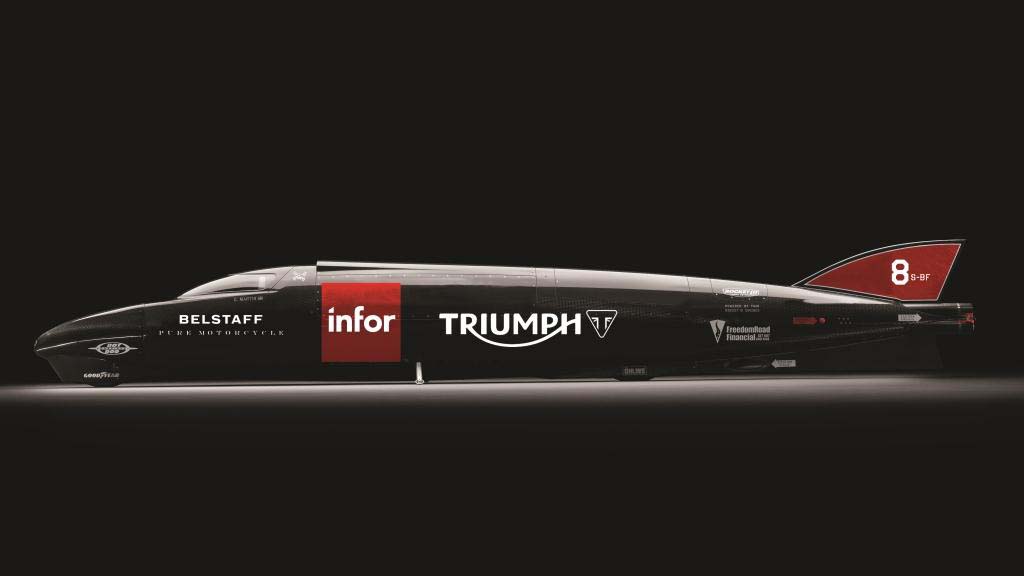 Triumph Motorcycles’ world land speed record will be attempted in Bonneville salt flats as they try to break current record of 376.363 kph

British motorcycle manufacturer Triumph has announced that they are gearing up to set a new world land speed record in August 2016. The event will take place at the legendary salt flats of Bonneville in USA. In an attempt to do that the motorcycle maker will use purpose built Triumph Infor Rocket Streamliner.

The event will be organized by Federation Internationale de Motocyclisme (FIM). The Triumph Motorcycle will target to break the current record which is set at 376.363 mph. It was set by Rocky Robinson since 2010 riding the Top Oil-Ack Attack streamliner. This time the TT Legend and multiple speed world record holder Guy Martin will be behind the wheel of the Triumph Infor Rocket Streamliner. These engines churn out 1,000 bhp of peak power combined at 9,000 rpm. The engines run on methanol fuel and the bike competes in Division C (streamlined motorcycle) category. Talking about his participation Guy Martin was saying, how excited he is about the event He believes, that Triumph has the best chance to set a new record with the amazingly powerful machine. triumph even has Bonnevile model named from the event. It was inspired by Johnny Allen’s land speed record runs at the Salt Flats in September 1956. He reached the record breaking speed of 193.72 mph. This success inspired the first T120 Bonneville model.