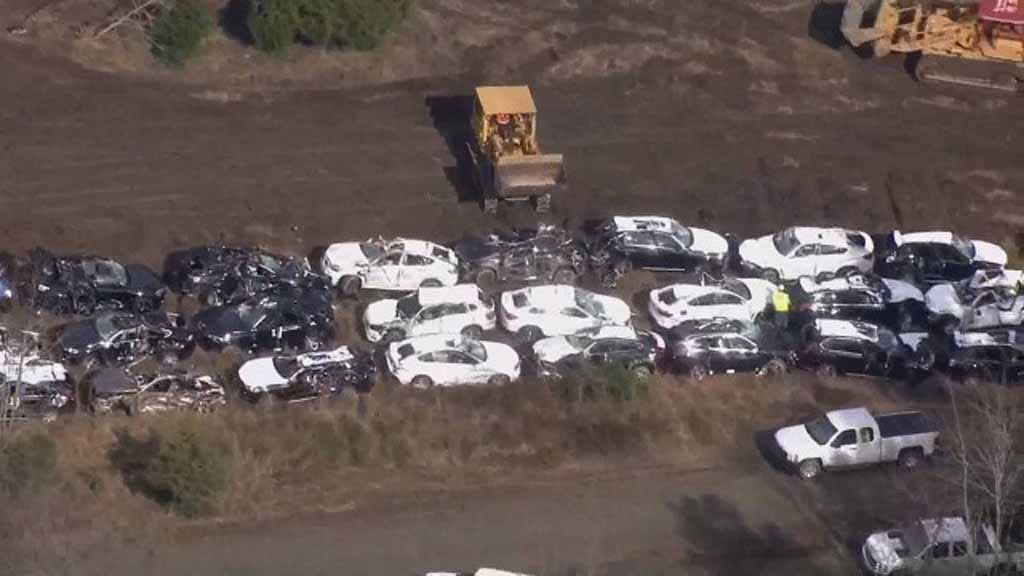 A train carrying 120 BMW cars has been derailed in US, which left nearly all the Bavarian luxury cars severely damaged. The accident took place in South Carolina in the US. The train was transporting the cars to Charleston from BMW’s manufacturing plant in Greer. None was injured in the accident, but two locomotives were damaged alongside the BMW cars.

The train was carrying 12 rail cars which somehow fell off the tracks in Jenkinsville of South Carolina and leaving the BMW cars damaged. The reason behind the accident is still unknown. BMW has informed that all the vehicles in the derailed train were from X series. These cars were heading to the Port of Charleston for shipping. After the accident, the Norfolk Southern Rail Company has said, they have re-railed two of the locomotives and four rail cars. But the other cars were too damaged to be on track again. The German luxury automaker is hopeful about repairing some of the damaged cars. A large number of the damaged vehicles are expected to be beyond repair.

Authorities say, the motorists in the area of the derailment should expect delays, as heavy equipments are being used to set the rail cars upright. The BMW Greer plant manufactures several X-series SUVs like the X3, X4 Coupe, X5, X5 M, X5 xDrive35d, X6M, X6 Coupe etc. These cars are sold in the US domestic market, as well as exported to several countries also.

In Indian market, BMW offers a range of cars in different segments. The X-series offerings in the German automaker’s Indian lineup include the X1, X3, X5, X5M, X6 coupe and X6M. The brand has just introduced the new petrol variants to the X3 and X5 SUVs in the country.