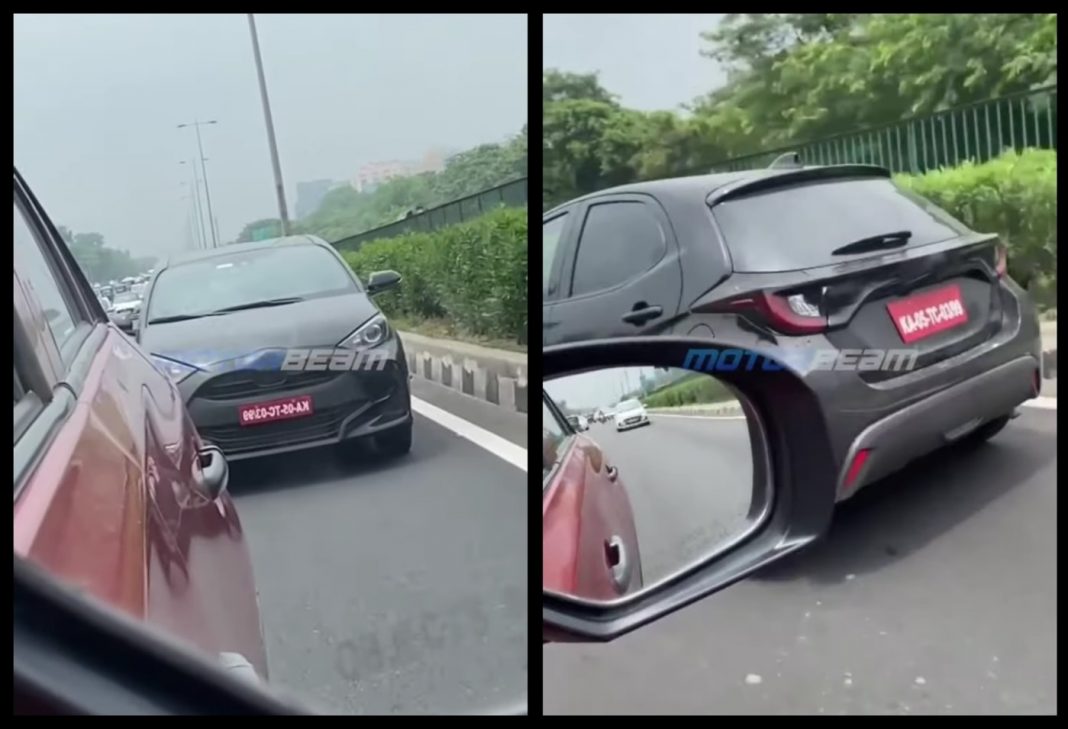 For mysterious reasons, Toyota is road-testing the global Yaris hatchback in India, perhaps testing out powertrains for future models

Toyota is planning to discontinue the existing Yaris sedan in the Indian market very soon, to be replaced by a rebadged version of the Maruti Ciaz. Ahead of that, the Yaris hatchback has been mysteriously spotted in India. This gives rise to some pretty interesting speculations about the manufacturer’s plans for the future.

It should be noted that the test model was the international version, sold in markets like Japan and Europe. The vehicle didn’t have heavy camouflage, although the logos were masked. The funky styling of the vehicle instantly gives away its identity as the XP210 Yaris (fourth-generation, international-spec). However, we’re not sure why the test model was here in India.

With a length of 3,940mm, this vehicle would be able to benefit from the sub-4-metre tax break as well. However, Toyota already has the Glanza in the premium hatchback segment, and it wouldn’t be smart for the manufacturer to introduce another product in this range unnecessarily. The Glanza (rebadged Maruti Baleno) is doing quite well in terms of sales, and Toyota even exports the model to Africa as the Starlet.

There is another possibility; the Yaris hatchback is available with a 1.5-litre hybrid powertrain, which generates 91 PS from the petrol engine and 80 PS from its front-axle-mounted electric motor. With the Indian automobile industry steadily moving towards electrification, perhaps Toyota is testing this hybrid powertrain for use in our country.

Toyota and Maruti Suzuki are jointly developing two new SUVs for the Indian market – a compact model and a midsize one. Perhaps this 1.5-litre hybrid powertrain is being tested for use in these upcoming models? Until the manufacturers release an official word, or more details leak online, we can’t be sure about this though.

The upcoming compact SUV will be the next-generation Maruti Vitara Brezza, (and the new-gen Toyota Urban Cruiser). The midsize model will serve as the replacement for the Maruti S-Cross in India, and will be a new addition to Toyota’s lineup here. These SUVs are expected to arrive in the Indian market next year.