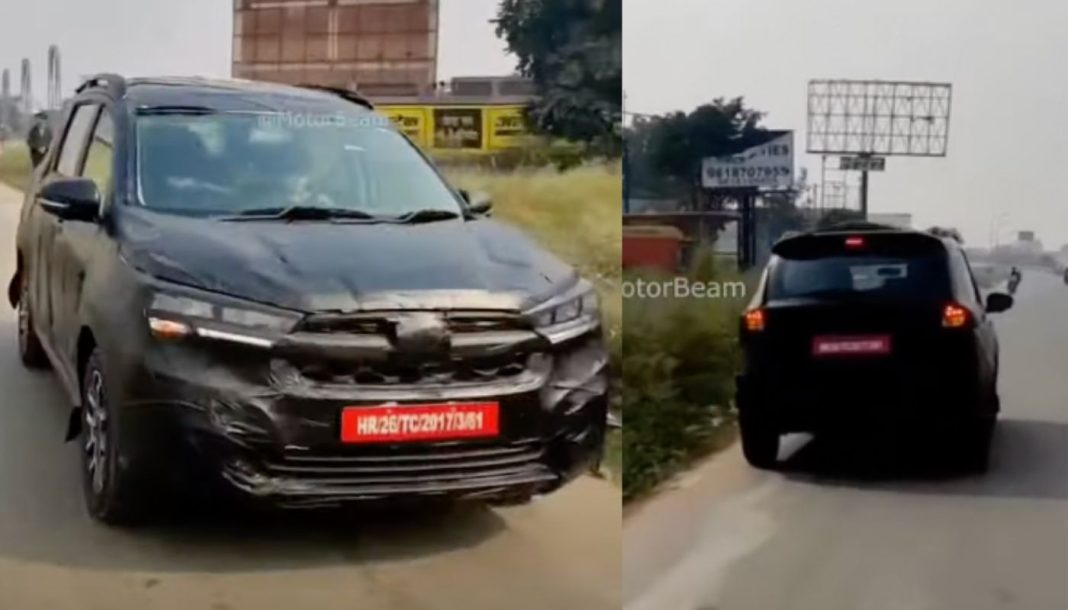 Toyota XL6 could be launched in India sometime next year and it could be powered by the same 1.5-litre K15B petrol engine

Toyota Kirloskar Motor (TKM) sells the Glanza and Urban Cruiser in India and they are the rebadged versions of the Maruti Suzuki Baleno and Vitara Brezza respectively. The partnership between Toyota and Suzuki has also spawned the Toyota Rumion MPV based on the second-generation Maruti Suzuki Ertiga for the international markets.

Yesterday, the Japanese auto major unveiled the Belta, which is the badge-engineered version of the Maruti Suzuki Ciaz for the Middle East markets and it will likely go on sale sometime next year in India as the Yaris midsize sedan was discontinued quite a while ago. Toyota and Suzuki announced previously that the mutually beneficial alliance has India as one of the main preferential markets.

It looks like more rebadged passenger vehicles are coming our way as what is believed to be the Toyota badged XL6 has been caught on camera testing for the first time. The prototype wore the familiar black wrap Maruti Suzuki uses in its test mules and it carried HR test plates. According to internet reports, Maruti Suzuki is also preparing an updated XL6 for its debut in 2022.

The test mule does not give away many details except suspected changes to the front grille and there could be the presence of newly designed alloy wheels. The headlamps, front bumper and fog lamp housing look identical to the existing model though and considering that MSIL is working on substantial updates for its models like Baleno and Vitara Brezza (both leaked online undisguised in their production guise), this may as well be the Toyota badged XL6.

Unlike the seven-seater Ertiga, the XL6 is sold with a middle-row captain seating arrangement as a six-seater and the same configuration will likely continue in the badge-engineered Toyota version. As for the performance, the familiar 1.5-litre four-cylinder K15B petrol engine with mild-hybrid technology could be utilised.

It develops a maximum power output close to 104 PS and 138 Nm of peak torque and is paired with a five-speed manual transmission as standard or a four-speed torque converter automatic unit as an option in the XL6.