Due to the challenging conditions that have affected the entire car industry of the country, there has been a delay of 3 months in the introduction of the Toyota Urban Cruiser SUV

It is a fairly common knowledge that Toyota Kirloskar Motor (TKM) is close to launching its second badge-engineered product based on a Maruti Suzuki model. Akin to the Glanza, which is a Maruti Baleno with an updated grille and Toyota badges, soon, we’ll have the Toyota Urban Cruiser as a rebadged Maruti Vitara Brezza. Originally, the new model was to be introduced this summer.

However, the ongoing tough conditions have led to a delay in the launch of the Urban Cruiser and the compact SUV will now launch only by this year’s festive season. Other than rivalling its own donor model, the upcoming sub-4-metre SUV will lock horns with models like the Hyundai Venue, Ford EcoSport, Tata Nexon, Mahindra XUV300 and Kia Sonet.

Toyota Urban Cruiser will be based on the facelifted Brezza, which debuted at this year’s Auto Expo. Like the Glanza, it won’t feature significant cosmetic updates and it would be only safe to assume that the new model would look almost entirely like the hot-selling Maruti SUV. Also, as is the case with the Glanza, the Urban Cruiser will be sold only in high-end trims, presumably in ZXI and ZXI(O)-equivalent variants. 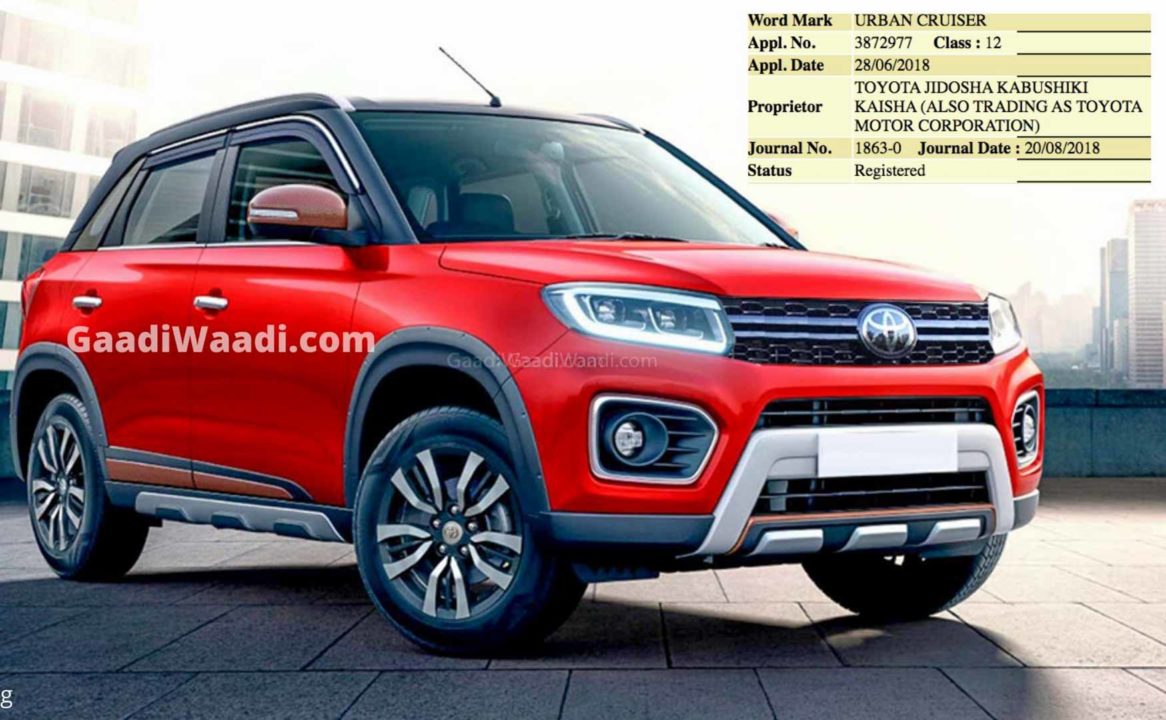 Like the updated Maruti Vitara Brezza, the Toyota Glanza will be sold only in petrol manual and automatic variants. Maruti Suzuki India Ltd has decided against selling diesel-powered vehicles in the BSVI era and with this, the Brezza had to bid adieu to its Fiat-origin 1.3-litre diesel heart in favour of a K-series 1.5-litre engine that comes equipped with SHVS mild hybrid technology. The motor outputs a maximum power of 104.7 PS and a peak torque of 138 Nm.

Transmission options include a 5-speed manual and a four-speed automatic unit. Unlike the now defunct diesel-powered Brezza, there’s no 5-speed AMT option available anymore. The Toyota Urban Cruiser will offer all the features available only the top-end trims of the Brezza and will likely cost Rs. 8 lakh to Rs. 10.5 lakh (ex-showroom).