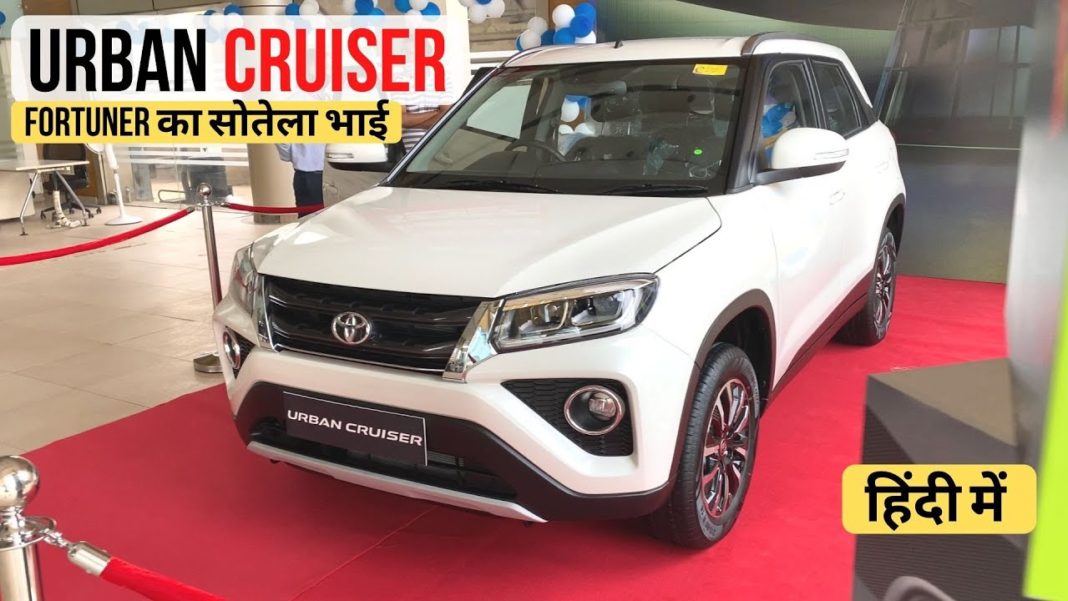 Toyota Urban Cruiser is powered by a 1.5-litre mild-hybrid petrol engine developing 104.7 PS and 138 Nm; paired with a five-speed manual or a four-speed AT

Toyota kirloskar Motor (TKM) officially launched the Urban Cruiser in India in Mid, High and Premium grades and is priced between Rs. 8.40 lakh for the base petrol manual trim and it goes up to Rs. 11.30 lakh for the premium AT (ex-showroom). The Urban Cruiser is the rebadged version of the compact SUV segment leading Maruti Suzuki Vitara Brezza.

The sub-four-meter SUV comes as a result of the partnership between Toyota and Suzuki with mutual benefits in mind. It is the second badge-engineered product for India as the Toyota Glanza has been on sale for just over a year. The Urban Cruiser features a revised front fascia with a two-part grille taking inspiration from the Fortuner. And our walkaround video shows all the necessary changes you need to know.

The sharp LED projector headlamp cluster gets integrated LED Daytime Running Lights while the front bumper is brand new with sporty bezels for fog lamps. The overall dimensions of the Toyota Urban Cruiser are as similar to its donor including the bootspace capacity and the side profile gains a 16-inch diamond cut alloy wheel design.

The rear does not get any substantial updates too and the cabin remain the same except for the badge swap on the steering wheel. As for the performance, the compact SUV utilizes the 1.5-litre four-cylinder petrol engine with SHVS technology. It is good enough to generate a maximum power output of 104.7 PS at 6,000 rpm and 138 Nm of peak torque delivered at 4,400 rpm.

The mild-hybrid powertrain is paired with a five-speed manual as standard while a four-speed torque-converter automatic transmission comes as an option. Some of the highlighting features in the Urban Cruiser are a seven-inch touchscreen infotainment system with Apple CarPlay and Android Auto connectivity, cruise control, and multi-functional steering wheel with mounted controls.

The top-end variants also get the auto-dimming IRVMs, navigation, Bluetooth, engine start/stop, automatic climate control, reverse parking camera and so on. The deliveries of the Urban Cruiser will commence from the middle of next month across India.