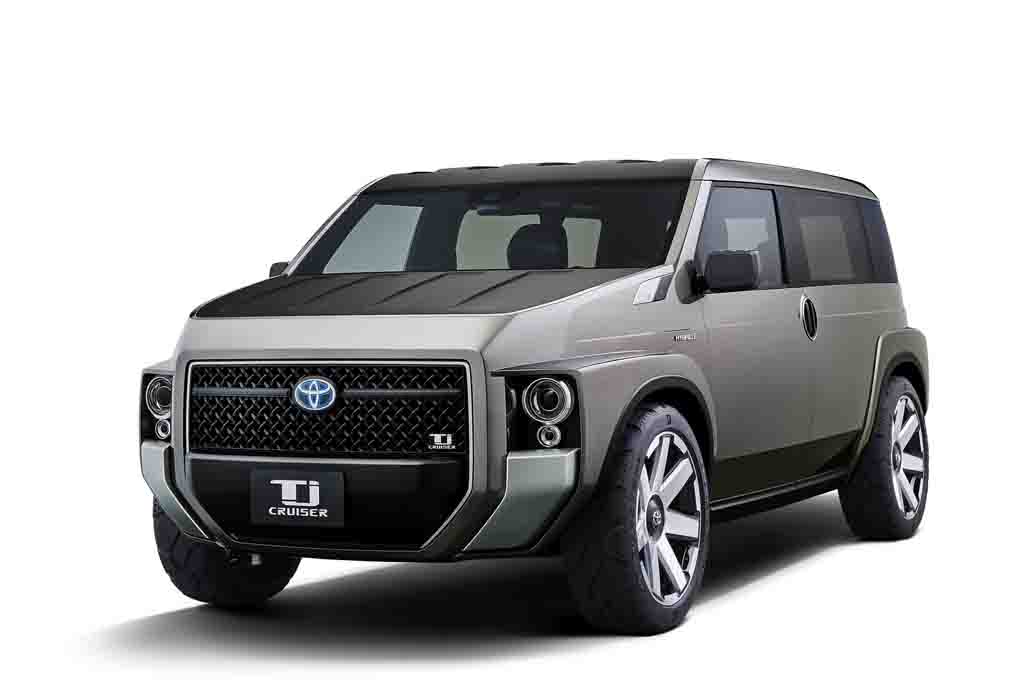 Toyota Tj Cruiser Concept comes with a rugged and boxy look; based on next generation TNGA platform

Toyota has unveiled its Tj Cruiser Concept at the ongoing Tokyo Motor Show. This concept vehicle is a blend between a SUV and a MPV. It bears perfect boxy shape with ruggedness and according to the Japanese auto major it has been designed for the drivers with lifestyles where work and play dovetail seamlessly.

As it appears, the Toyota Tj Cruiser concept could enter production in near future. No wonder, the production model, would appear little more conventional compared to this concept. Speaking about its name, the T and j stand for Toolbox and joy. The vehicle has been designed in such manner that it can carry several adventure sports equipments like surfboards, bikes etc thanks to numerous tie-down points and deck boards offering easy anchoring.

The Toyota Tj Cruiser concept model is based on the automaker’s TNGA (Toyota New Global Architecture) platform. The front fascia appears with a massive radiator grille with sleek chrome borderline. It is flanked by large projector headlamps with circular LED daytime running lights and neatly positioned round shaped fog lamps. Apart from that, there is a chunky and large bumper. The hood appears pretty muscular and carries a sloping appearance. Moving to the side profile, the concept model gets large 20-inch alloy wheels, wrapped with meaty wide tyres. The hood, flared fenders and roof wears special coating in order to stay protected from scratches.

The fully blackened glass area adds zing to the vehicle. The sliding rear passenger doors offer generous amount of space to enter the cabin. Moving to the back of the car, it gets round shaped taillights with chrome bezel around them. The back sports a complete flat look. Inside the cabin, it gets a futuristic and minimalistic design. There are an unique dual-side flattened multifunction steering wheel, wide fully digital instrument cluster and a touchscreen infotainment system at the centre console. Rear passenger seats can be folded down flat to load item with length up to 3 metre.

Power source for the Toyota Tj Cruiser concept is a 2.0-litre engine combined with an electric motor effectively making it a hybrid. Power and torque outputs of this petrol-electric unit are not known but it is said to have both front-wheel-drive and all-wheel-drive configuration.