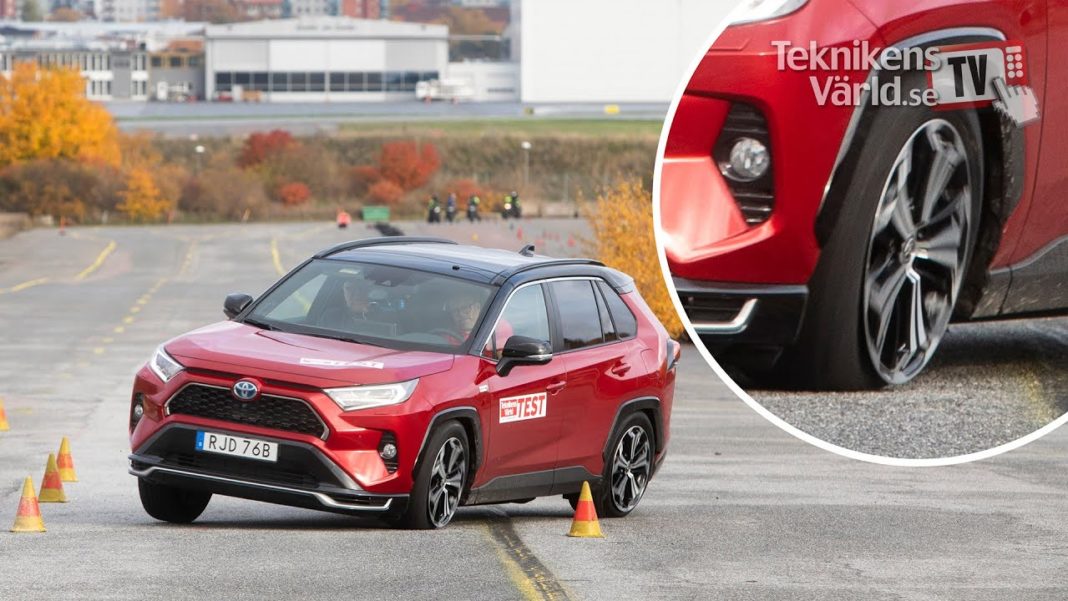 Check out how the Toyota RAV4 performs in a moose test, and how it holds up against its competitors in the European market

The evasive maneuver test, popularly known as the moose test, is the most famous test to access the handling of a vehicle. The test was devised during the 1970s in Sweden, to determine a car’s capability of handling sudden directional changes. Recently, Teknikens Värld released the moose test results of the Toyota RAV4 Prime (plug-in hybrid), which were less than ideal.

Entering the test course at 70 kmph, the Toyota RAV4 Prime’s handling loses composure upon quick steering inputs. In fact, it slides far too dramatically, as the test driver also pointed out. Same is the case at 68 kmph, 67 kmph, and 65 kmph. However, at 63 kmph, the car remains stable and planted when maneuvering through the course.

Thus, 63 kmph was determined to be the maximum speed at which the RAV4 Prime can manage to clear the course. Overall, the Toyota RAV4 Prime fails the moose test, just like its rivals, the Volvo XC40 T4 Recharge and Mitsubishi Outlander PHEV. Even the test driver points out that such SUVs aren’t very good handlers, and none of the vehicles in this segment have passed the moose test.

That said, both the Volvo and the Mitsubishi had managed higher speeds than the Toyota, and they didn’t run as wide when they lost traction. As such, the RAV4 ranks last among this trio. Teknikens Värld has previously also tested the Toyota RAV4 hybrid, which also failed the moose test quite badly initially.

After the publication had reached out to Toyota with its handling assessment of the RAV4 hybrid, the automaker updated the ESP, and the vehicle performed much better in a later test. With the RAV4 Prime, this might be the case once again. 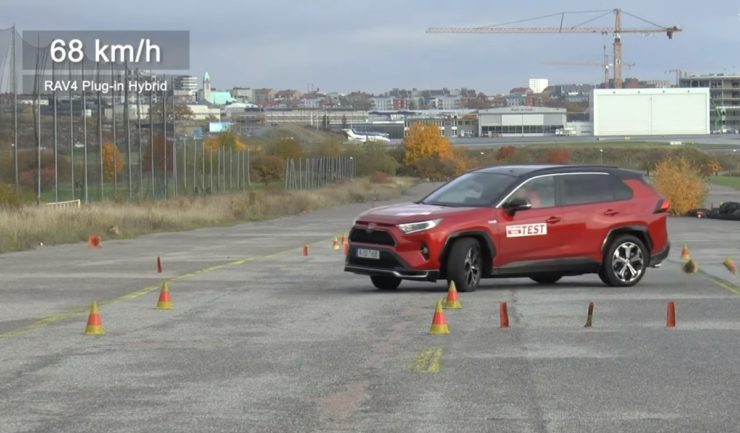 The Toyota RAV4 is a two-row, five-seater SUV, and is available with four powertrain options – two gasoline engines, one hybrid powertrain, and one plug-in hybrid (PHEV) unit. The RAV4 Prime is the plug-in hybrid variant, which draws power from a 2.5-litre petrol engine, paired to an eCVT. There’s also an 18.1 kWh battery on board, which drives two electric motors, one on the front axle and one on the rear. The combined power output is rated at 302 HP, making it the most powerful model in the RAV4 range.