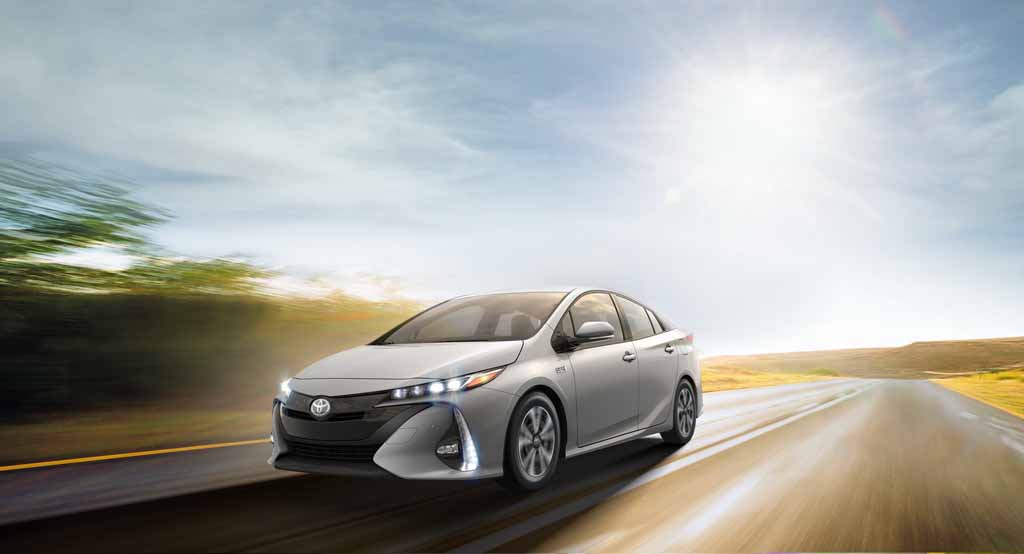 Toyota Prius Prime returns 133 MPGe over combined cycle in electric mode, which is higher than 124 MPGe delivering BMW i3

2017 Toyota Prius Prime plug-in hybrid has proved to be the most efficient electric powertrain equipped car by returning 133 MPGe, which has set a benchmark. The car has left behind several other electric cars like BMW i3, Volkswagen e-Golf, Nissan Leaf and Tesla Model S 60D.

Interesting fact is that, when Toyota unveiled the 2017 Prius Prime earlier this year, it said the efficiency could go around 120 MPGe. But, the car has proved to be more efficient in reality, as it can travel up to 1029km on a full tank, and up to 40km on just electric power mode only. The other electric cars, whom 2017 Toyota Prius has left behind delivers much lesser efficiency. BMW i3 returns 124 MPGe, Volkswagen e-Golf offers 116 MPGe, Nissan Leaf generates 114 MPGe, while Tesla Model S 60D offers 104 MPGe. While fuel efficiency for conventional fuel powered cars are calculated in MPG, MPGe is calculated around a car which runs on electric powertrain. According to the Japanese automaker, such an impressive efficiency is the result of th2017 Prius Prime’s streamlined design. The car has been design keeping the aerodynamic efficiency in mind. Also, it gets quad-LED projector headlamps, and LED taillights, which enhance the efficiency. Toyota is known for its continuous development in the hybrid and EV sector, and 2017 Prius Prime is certainly a benchmark project in terms of efficiency.