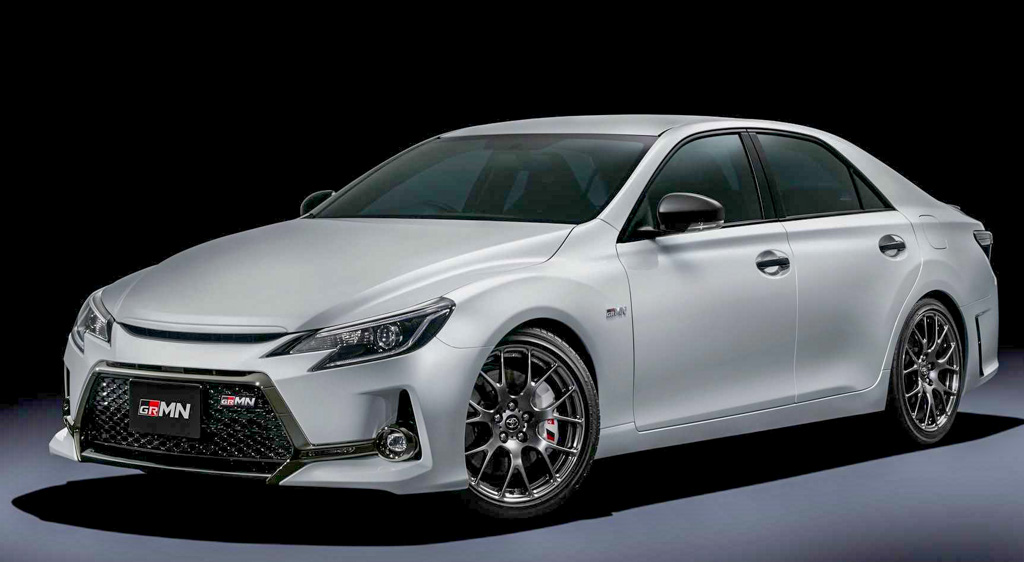 The Tokyo Auto Salon is where premiere Japanese manufacturers get to show off their new creations in the New Year and the place is no stranger to brining some of the wackiest cars and custom mods out there. At this years motoring exhibition, Toyota took it all in and decided to enthrall the spectators.

Alongside displaying the GR Supra GT Concept, Toyota has debuted a surprise entrant in the Mark X. Out of the box, visually it is like any other Toyota you could see in the global markets as the company sticks to the formula of why fix something that is not broken!

Looking at the Toyota Mark X, you could instantly notice that it is a big sedan. The auto major still boasts some of the top-selling sedans in its lineup across the world and the Mark X has the same body type backed up the naturally aspirated V6 powertrain to the enchantment of the traditionalists. 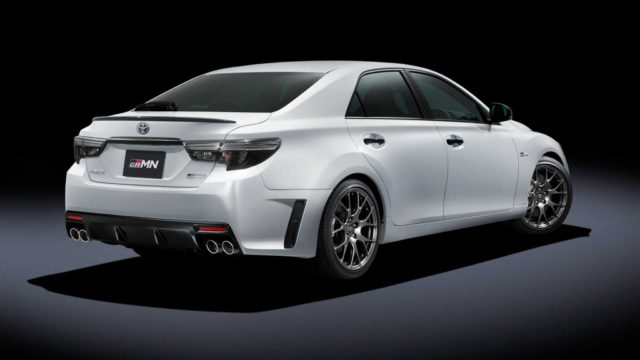 The Mark X does get GRMN treatment but it is unrelated to any typical modern day sports sedan. Toyota has utilised the 3.5-litre NA V6 engine, which is good enough to produce a maximum power output of 313 horsepower and 380 Nm of peak torque. It is connected to a six-speed manual transmission much to the exuberance of the authentic sedan lovers.

Moreover, all the power is exclusively transferred to the rear wheels. Toyota engineers have fine tuned the suspension bits to make it a responsive sedan with agile handling characteristics. The electronic stability control system has also been upgraded along with a tweak electric power steering. 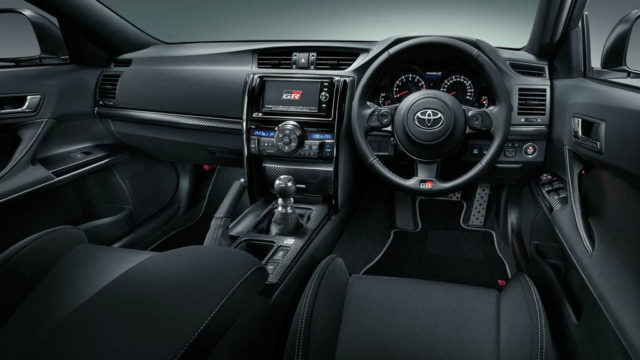 Customers can also choose the CFRP pack offered as option with the Mark X GRMN. It ensures reduced kerb weight by slashing 10 kilograms while the centre of gravity is also lowered for more committed driving dynamics. It also comes equipped with specially developed brake calipers.

The Toyota Mark X GRMN runs on 19-inch forged front wheels sourced from BBS and 19-inch rear wheels. Stepping inside the cabin, it will be easy to notice the new set of seats for driver and co-passenger, amidst the presence of alloy pedals and subtle carbon fibre garnishes enhancing the premium appeal. Toyota will only produce 350 units of the Mark X GRMN and it costs ¥5,130,000 (approximately Rs. 33.39 lakh).