Toyota hosted the global premiere of the long-awaited Land Cruiser 300 in 2021 and it has made its way to India courtesy of the showcase at the 2023 Auto Expo in Greater Noida. The bookings for the all-new model have been underway for some time now locally and the legendary off-road SUV’s latest iteration is expected to carry a sticker tag of around Rs. 2 crore.

The former is good enough to produce a maximum power output of 415 PS and 650 Nm of peak torque while the latter delivers 309 PS and 700 Nm. The India-spec variant is available only with the oil burner and is paired with a ten-speed automatic transmission, transferring power to all four wheels. It has a standard vehicle warranty of three years or one lakh km. 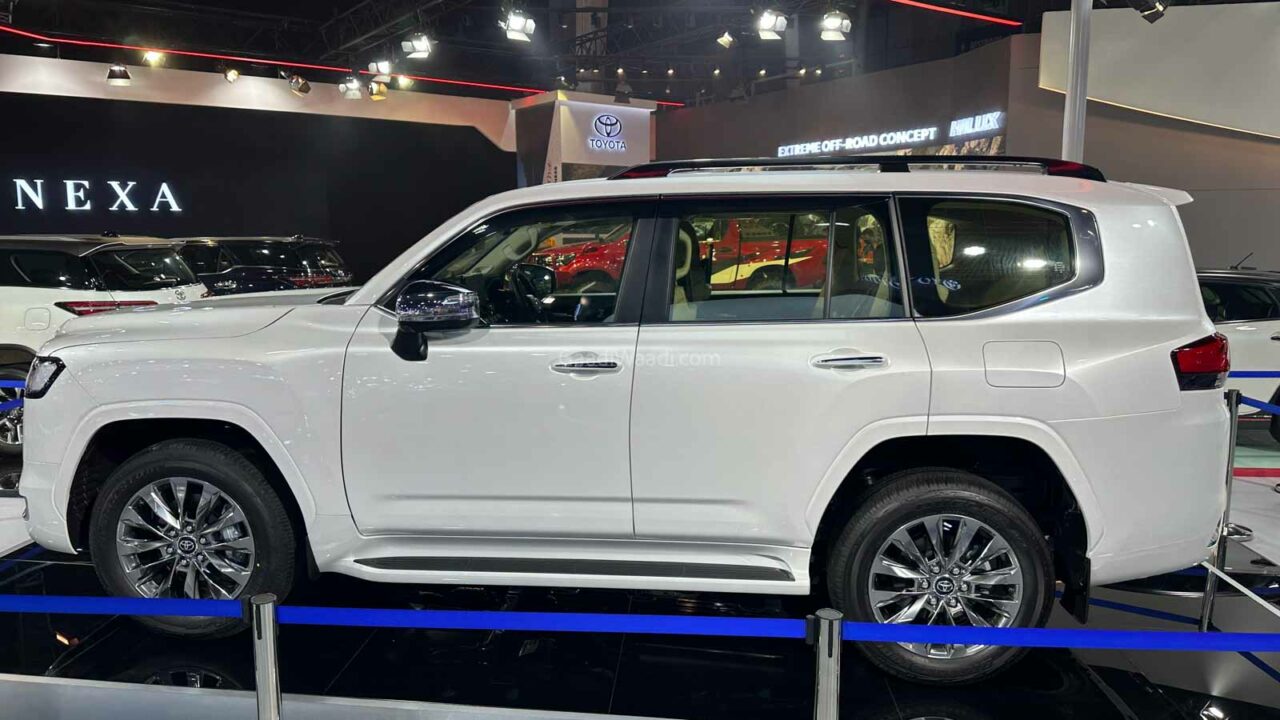 It sheds over 200 kg and has improved weight distribution as well as suspension capabilities. The improved wheel articulation further betters its off-road abilities. Employing the Electronic Kinetic Dynamic Suspension System has bettered the road holding too according to the brand. The LC300 has a ground clearance of 230 mm and the departure angle stands at 26.5 degrees. 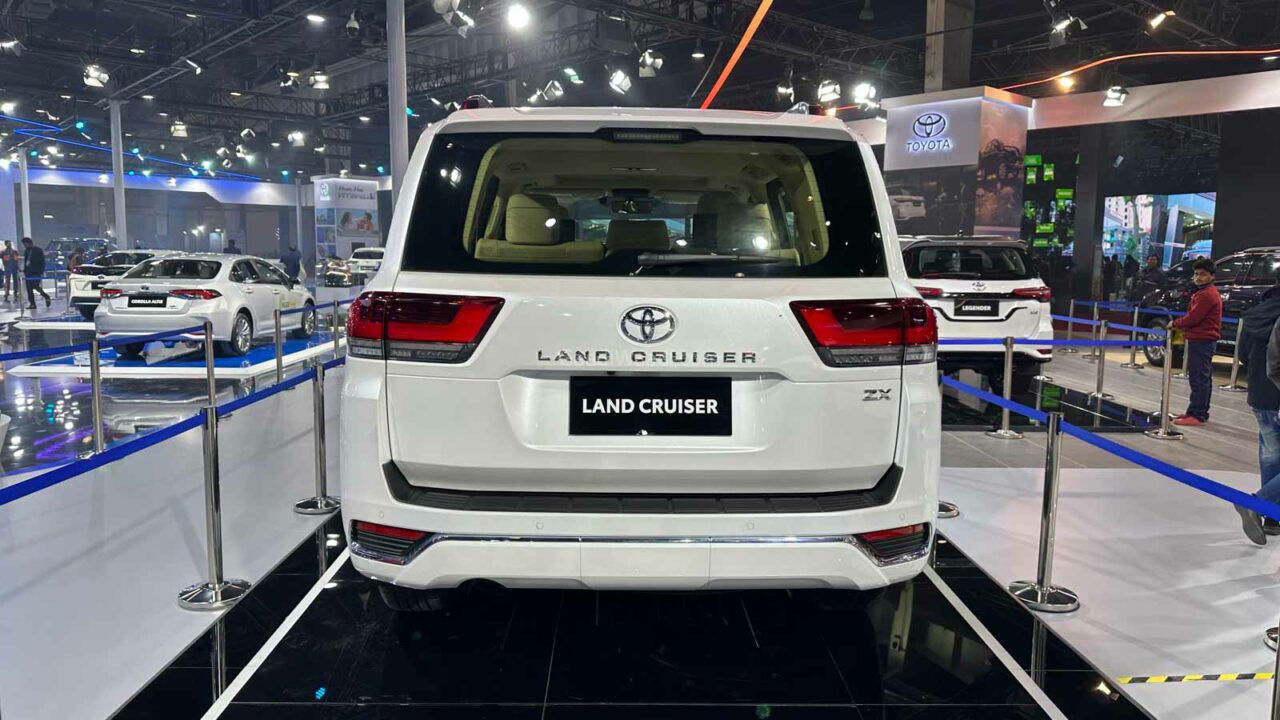 The evolutionary exterior styling retains the upright stature and tall pillars of the old model. The Toyota Land Cruiser 300 has been displayed alongside the cut section of the Toyota Innova Hycross, the GX variant of the same MPV, the Mirai fuel cell electric vehicle, and others.