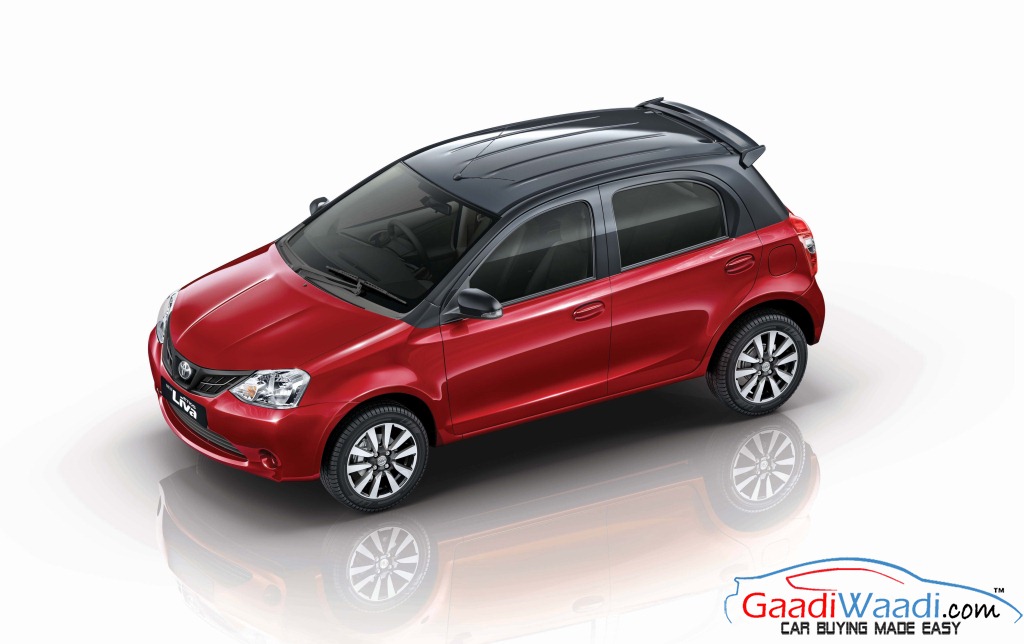 Toyota is riding high on premium cars in India that it sells worldwide. The Camry, Innova, Fortuner are all blockbuster cars in India as well as aboard. However, the attempt small car thought they could crack the market, but they couldn’t. Indian consumer is officially the most demanding customer in the entire world, he wants everything, at a value for money quotient, something Toyota doesn’t do easily. Toyota interiors are known to be plain and on the other side of luxurious, well, almost. Hence one of the reason despite being extremely practical and efficient the cars plain vanilla styling inside out did not help the company. However, Liva and Etios did not find much customers, but it found some one else who bought it happily, fleet owners.

To spice things up now,like any other manufacturer though, Toyota has made another attempt to make things work by introducing a segment, very MINI like approach and launched dual color Liva hatchback in the country at around the same price tag as before. Toyota has launched a lot of editions and proper hardcore stuff such as Cross version, which was lauded for its well lauded thoughts on the car, the car which was more popular than the car who started this segment. Coming back to the Liva, it gets a black roof, ORVM, rear spoiler painted in black, while the bottom of the car from glass house to the end is painted in contrast color such as Red and Silver in this case. 15-inch Diamond cut alloy wheels, along with a Bluetooth for Audio along with dual tone interior has been added to the kit.