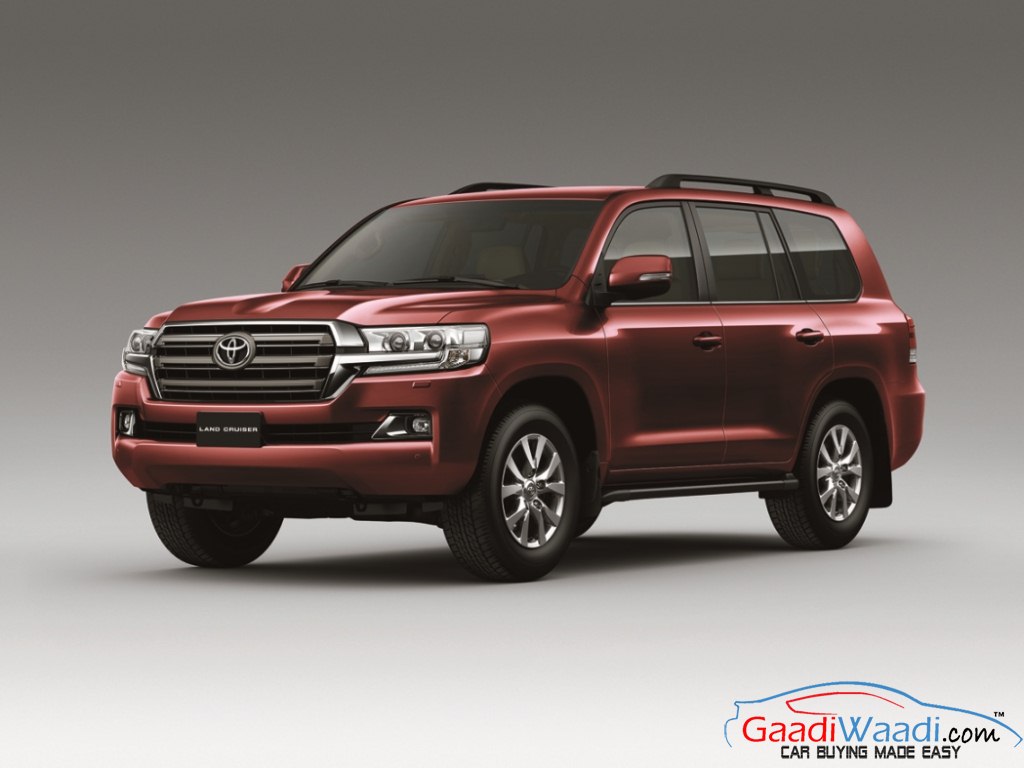 Priced at Rs 1.29 Crores, the 2015 Land Cruiser 200 facelift comes with refreshes cosmetic upgrades and gets more equipment on the inside

Toyota is one of the many manufacturers making the best use of the festive season this time around. After launching limited editions of small cars and other premium cars in the segment, which are either left to be upgraded and some of them are already out. The company did not spare this treatment to its king of their lineup when it comes to SUV. Yes, Toyota has facelifted its Land Cruiser, given it a new variant, plonked new and more equipment in the Land Cruiser 200.

The prices have gone up by Rs 10 lakhs is the first news. Secondly, on the inside the extra money gets you features such as newly designed steering wheel with heating function, LED Illuminated scuff plates System, Tyre Pressure Monitoring System, Enhanced Multi Terrain Monitor Cameras.

Power comes from the 4.4 V8 engine which makes clearly an insane 650 Nm of torque and 265 PS of power from its engine. Power goes through 6-speed automatic gearbox to all four wheels and it can claim, whichever terrain it wants until the tank runs out of juice.

Toyota being Toyota, is offering reliability, as always with their and the Land Cruiser 200 will come with a warranty of 3 Years / 100,000 kms whichever comes earlier.