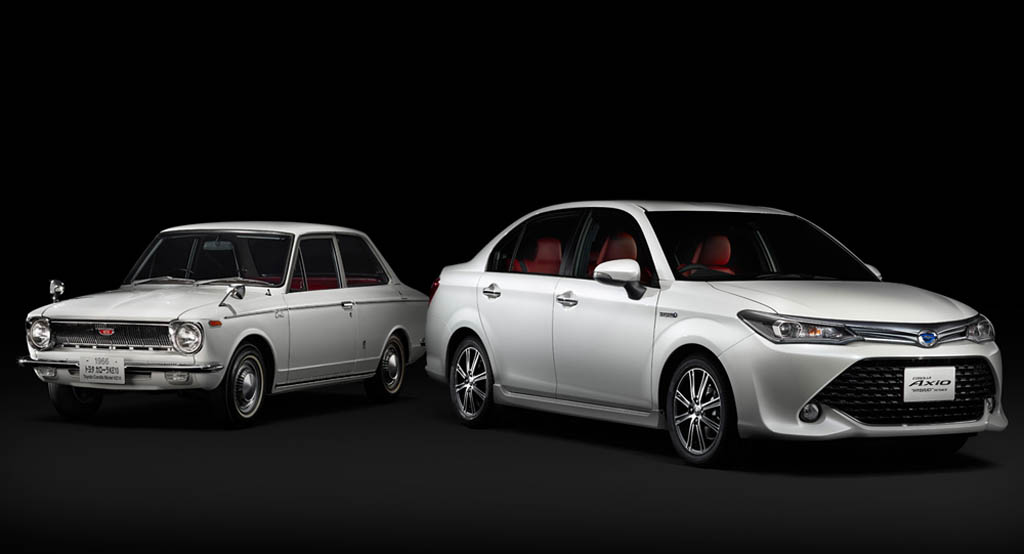 Toyota Corolla is one of the best selling and most popular models ever around the world. The first Corolla model was introduced 50 years ago in 1966. After that in 1974 the car became the best selling model in the world surpassing the Volkswagen Beetle. To celebrate the Corolla’s 50th anniversary the Japanese automaker is launching a special edition model christened as JDM Axio.

Last month in Russia Toyota unveiled the 13th generation model of the Corolla. The new Corolla will be sold in global market. But the special edition model is built for only Japanese domestic market. The car will be built in limited numbers, and it comes with some design elements derived from the very first Corolla model. The special edition model is based on the G hybrid version of the Corolla Axio. It will be available in two different colours, which are pearl White and Black Mica. Incidentally, the first Corolla model was produced in these two colour options. The interior of the special edition has been themed to give the retro feel as well. So, you only get the retro feel through the Black and Red contrast paint theme. The seats have been painted in Red, while the dashboard and door trims come featuring both Black and Red colours. Apart from the colours the special edition model also bears the retro badges. On the power front the car is equipped with a 1.5 litre DOHC VVT-o petrol engine combined with an electric motor. The same powertrain is available in the Toyota Prius C. Transmission duty is done by a CVT gearbox. The special edition model will be showcased at the at an upcoming classic car show in Japan. It will be priced at 24 lakh Yen.