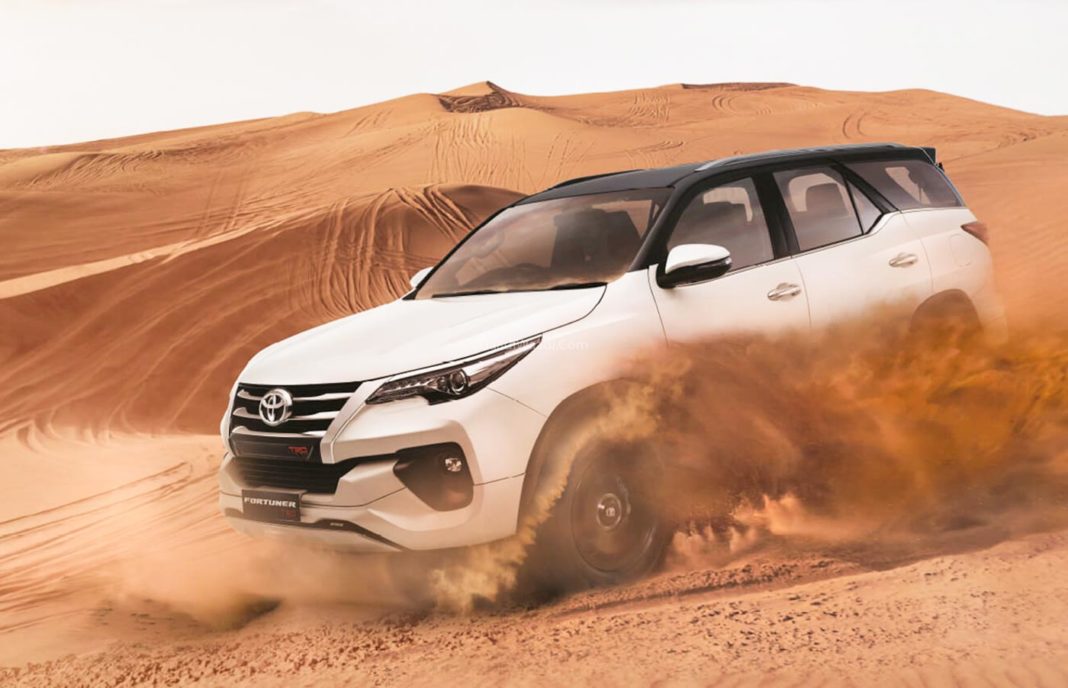 Toyota has introduced a new Special Technology Package for the Fortuner, which adds a few useful features to the SUV

Toyota Kirloskar Motors has added a new accessories package for the Fortuner, named ‘Special Technology Package’. This new accessories package was introduced alongside the launch of the limited edition Fortuner TRD, and is available at Toyota dealerships across India. The Special Technology Package includes five extremely interesting features, which we have listed below.

Head-Up Displays (HUDs) have recently become quite popular in premium cars, and is even considered to be an extremely useful safety feature. It consists of a small screen mounted at the top on the instrument console housing, which displays important info like speed and/or navigation instructions. Due to their placement, the driver doesn’t have to take his or her eyes off the road to look at it, thus improving road safety.

This is another safety feature that is gaining popularity among premium cars in our market. Tyre Pressure Monitoring System, or TPMS, does exactly what it sounds like- it monitors the air pressure in all four tyres, and flashes a warning if it detects low air pressure in any one of them. The system offered on the Toyota Fortuner has a dedicated screen, unlike other cars where the system displays its information in the MID in the instrument console. 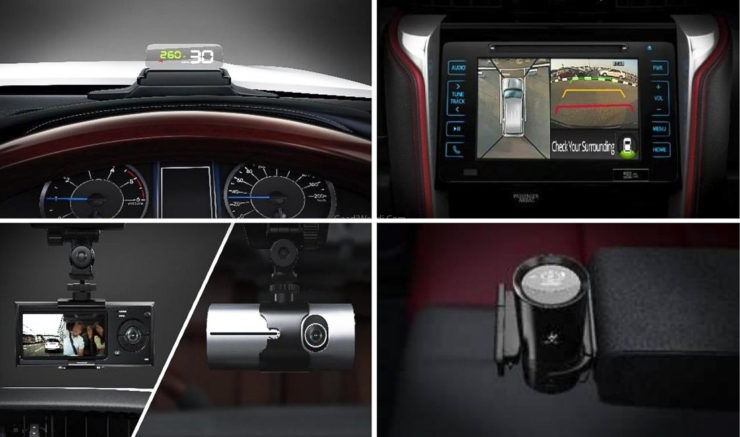 To avoid its occupants from accidentally stepping into a puddle or some other unfortunate object lying near the parked car, the Special Technology Package adds lights on the undersides of the SUV’s doors. The door light spells ‘Fortuner’ while illuminating the ground, which looks extremely cool.

Wireless charging pads are extremely useful features as they add convenience for the smartphone users who usually charge their phones on the go. Toyota has gone a step further though, with wireless charger availability for the rear passengers as well with these accessories. 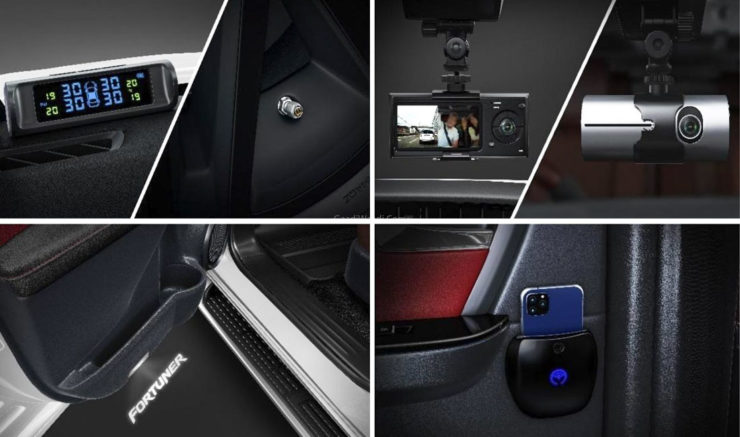 Also known as dash-cam, Digital Video Recorder is quite a useful tool for modern drivers. In the event of an accident, it becomes easier to defend yourself (if you’re innocent, of course!) if you have a dash-cam installed. Claiming insurance also becomes easier, as the same footage can also be shown as evidence.