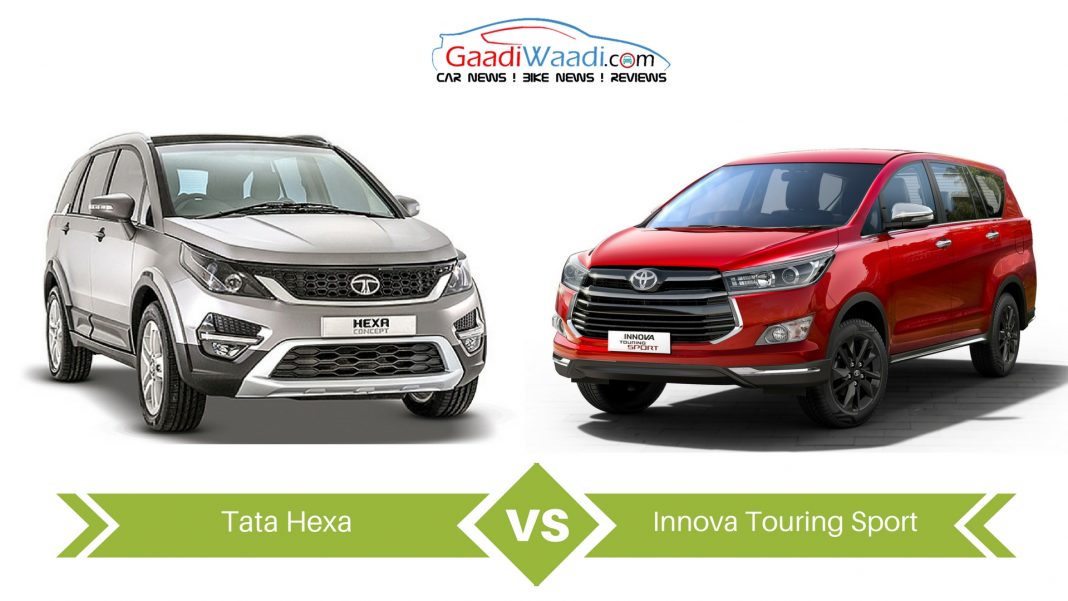 Toyota Innova Touring Sport comes wearing much higher price tags than the Tata Hexa but do the sporty changes worth extra spending? We will find out here:

Toyota has launched the sportier version of the regular Innova Crysta in India, christened as the Innova Touring Sport. Despite carrying the identical design and features as regular Innova Crysta, the Innova Touring Sport comes with additional sporty elements that make it distinctive compared to the standard model. No wonder, the Japanese auto major has tried to add zing to the premium MPV with the newly launched model.

Tata Hexa on the other hand is a very interesting looking, premium and appealing car from the homegrown auto major and it is basically the redesigned Aria. It has been heavily inspired by the Land Rover SUVs and brings freshness to the Tata Motors’ portfolio. The car appears very global and much more appealing than the Aria. Speaking about its rivals, the Hexa competes against the models like Mahindra XUV500 and Toyota Innova Crysta. 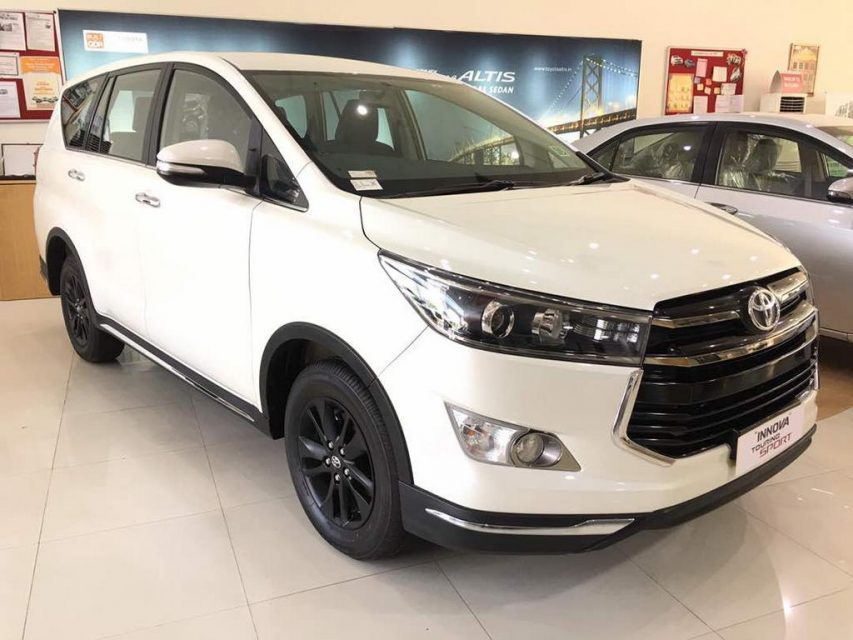 Categorically and price wise the Toyota Innova Touring Sport and Tata Hexa sit pretty far from each other, but here we will take a close look at the spec-sheet based comparison between these two vehicles and will try to figure out which should be better if you are looking to buy a large car with loads of modern tech and premiumness along with powerful engine under the hood.

The Toyota Innova Touring Sport comes with identical design and silhouette as the regular Toyota Innova Crysta. Only difference is that the Innova Touring Sport features extensive chrome garnishing in form of the smoked chrome trims around the all-black front grille and at the front bumper too. The headlamps and fog lamp bezel too wear chrome garnishing and the black body cladding gives it distinctiveness than the regular model. 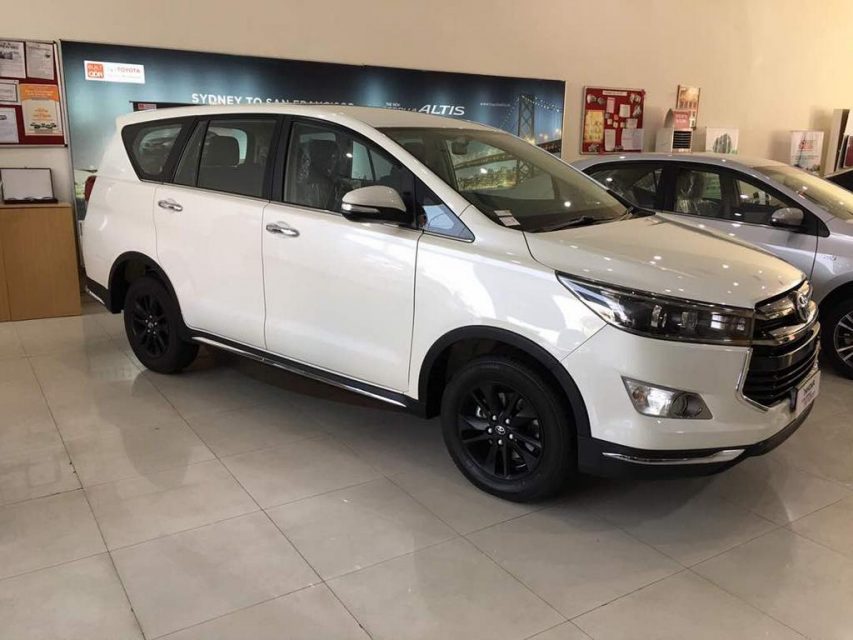 At the side profile, the Toyota Innova Touring Sport comes sporting black cladding on wheelarches and rocker mould with chrome inserts. The rear profile receives chrome trim at the black body cladding positioned at the bumper, but it doesn’t cover the full width of the vehicle. Apart from that, a thick shiny black bar is also there connecting the taillights and the reflector too boasts chrome highlighting. The Toyota Innova Touring Sport runs on 17-inch matte black alloy wheels compared to the regular Innova Crysta’s 16-inch alloy wheels.

At the side profile, the Hexa gets black moulding enhancing its toughness, alloy wheels, turn indicator integrated ORVMs. The D pillar is blackened out delivering a floating roof design, while the rear comes with wraparound wide taillights connected by a thick chrome bar, a chunky bumper with twin chrome tipped exhausts and a skid plate. Overall, both the cars appear very muscular and attention grabbing thanks to their respective designs. The Toyota Innova Touring Sport looks little sportier than the Hexa due to the additional elements over the regular Innova Crysta.

Dimensionally, the Toyota Innova Touring Sport comes identical to the regular model. It measures 4,735 mm in length, 1,830 mm in width, 1,795 mm in height and it has a wheelbase of 2,750 mm. It runs on 17-inch alloy wheels and it also has 174 mm of ground clearance along with a 65-litre capacity fuel tank.

Tata Hexa is clearly the larger and wider vehicle here with 53 mm of extra length and 73 mm of extra width. In terms of height, Toyota MPV is 4 mm taller and offer better headroom. But thanks to the additional length and 100 mm of extra wheelbase, Hexa offers better room to the occupants. Also, the Hexa gets 26 mm of extra ground clearance ensuring that it is better capable of tackling the rough roads compared to the Innova. 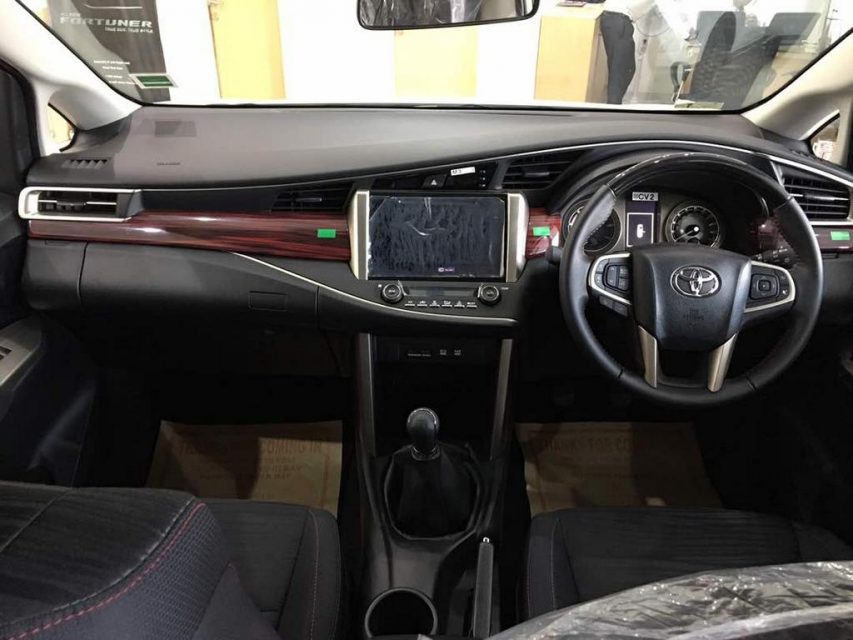 Inside the cabin, Toyota Innova Touring Sport appears similar to the regular Innova Crysta, but there are efforts to make it distinctive. It is available only in six-seater option and the Innova Touring Sport gets captain seats wrapped in premium black leather. Apart from that, it features multi-function steering wheel with black wood trim and sporty red contrast stitching as well.

The Toyota vehicle gets 3D design combination meter with large TFT Multi Information Display (MID), red wood trim on the dashboard, black wood finishing at inner rear door, tables positioned at the back of the front seats and on the console box as well. The seat, console box and gear shifter, parking brake lever wear sporty red contrast stitching. Apart from that, the space and overall design is same as the regular Innova Crysta. 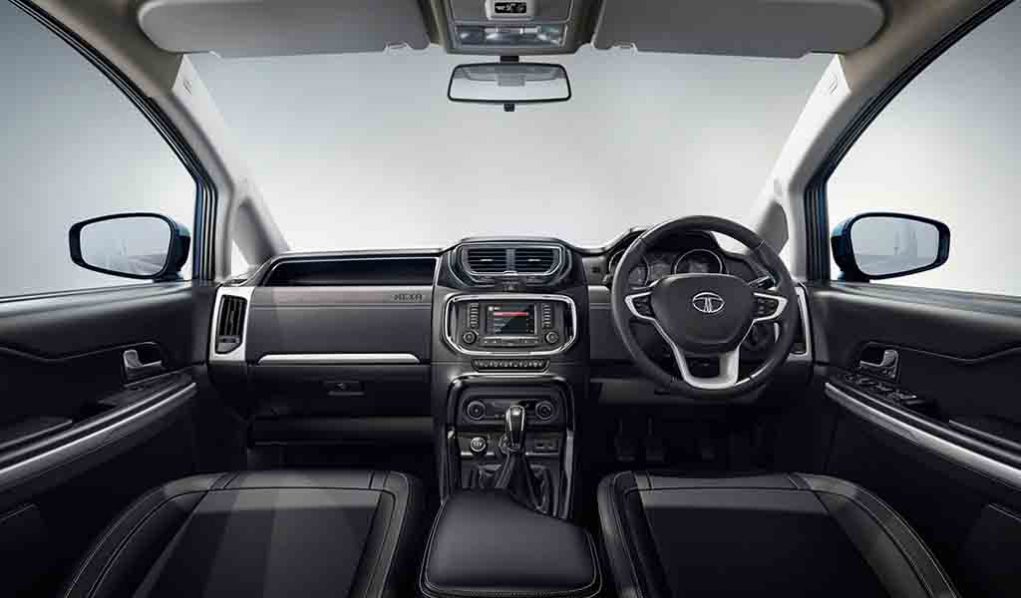 The Tata Hexa on the other hand, has borrowed its design inspiration from Land Rover vehicles. Interior of this car looks very upmarket and spacious. The Hexa gets a multi-function steering wheel, dual-pod instrument cluster with analog dials and digital MID. At the centre console, it sports a Harman developed touchscreen infotainment system.

The all-black interior theme truly enhance its appeal, while the Premium Benecke-Kaliko upholstery with contrast stitching and accentuated bolsters increase the premiumness. Tata offers 8 different colours for mood lighting option inside the cabin and the Hexa sports captain seats that make it very attractive indeed. Thanks to the 4,788 mm of length and 2,850 mm of wheelbase, it offers generous amount of space and comfort to the occupants.

Overall, both the Toyota Innova Touring Sport and the Tata Hexa come with attractive and upmarket interiors that are charming and appealing in their own respective way.

The Toyota Innova Touring Sport is available in both petrol and diesel engine options, just like the regular Innova Crysta. Engines are also same along with the power and torque output. Innova Touring Sport petrol draws power from a 2.7-litre VVT-i engine and it is capable of churning out 164 bhp of peak power at 5,200 rpm and 245 Nm of peak torque at 4,000 rpm. Transmission options include a 5-speed manual gearbox and a 6-speed automatic unit as well. The petrol manual model delivers 11.25 kmpl of fuel efficiency, while the automatic model returns 10.75 kmpl. 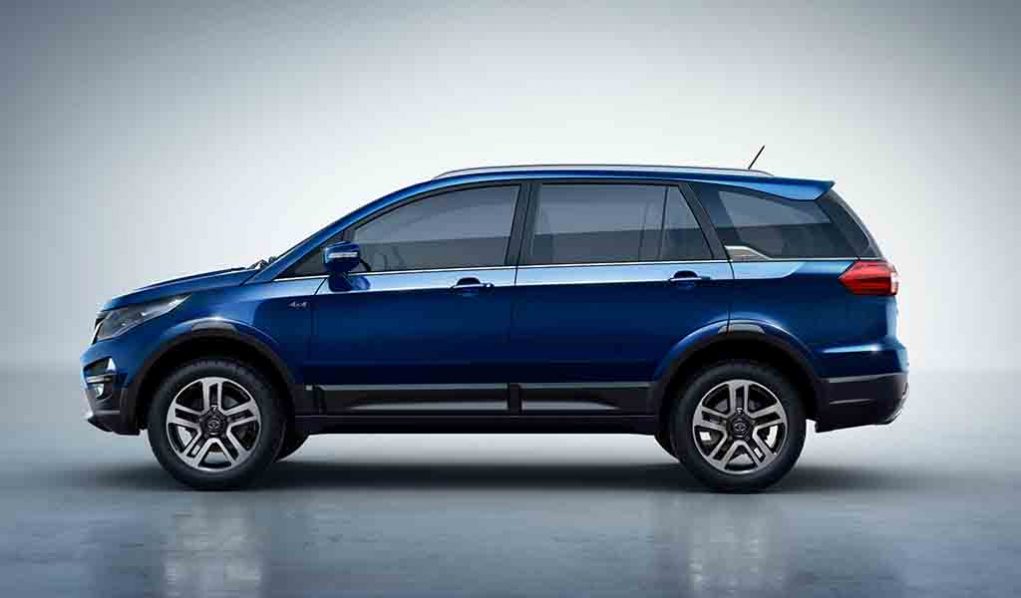 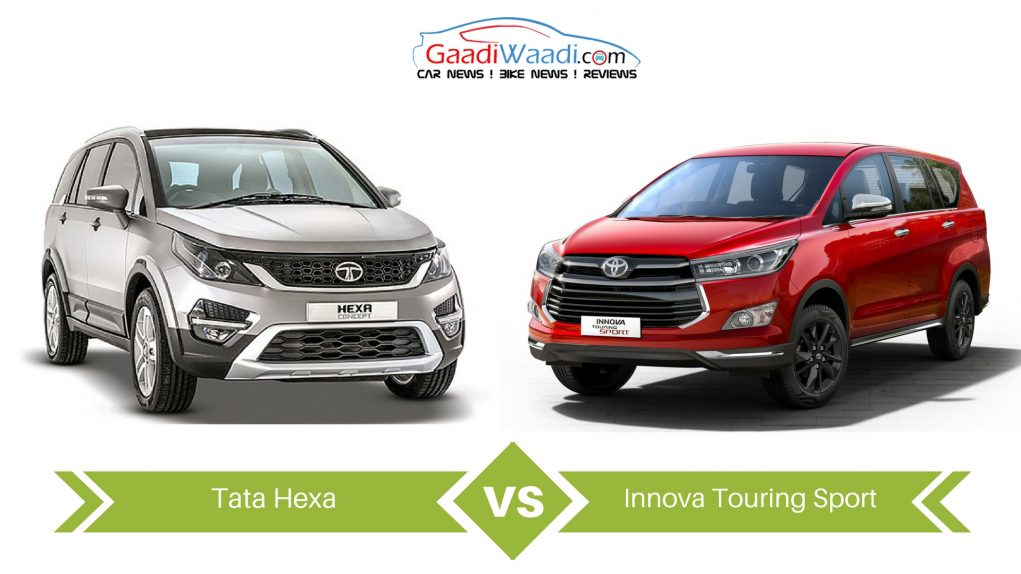 Innova Touring Sport is nothing but an accessorised and sportier version of the regular Toyota Innova Crysta, but there is no performance upgrade there. Therefore, it doesn’t seem very practical to spend some extra few lakhs just to get some cosmetic updates over the regular Innova Crysta. On the other hand, Tata Hexa comes with a single diesel engine option, but that’s pretty much powerful and there are a whole lot of interesting and high-tech features and premiumness on offer with this car and it seems much better option than the Innova Touring Sport.