Japanese car giant Toyota is currently working on the next-generation Innova, and the new MPV has been spied a few times during testing on Indian roads. Speculation suggests that it would launch in our market before the end of this year, likely around the Diwali festive season.

Toyota has trademarked the name ‘Innova HyCross’ in India, and we expect that this is what the next-generation Innova would be called. While Toyota has been tight-lipped about this upcoming MPV, plenty of details about it are already floating around the internet. The new model will drop the current ladder-frame architecture (IMV) in favour of a new monocoque platform (TNGA-C).

The new platform will allow the upcoming Toyota Innova HyCross to have better space management in the cabin. Also, recent rumours suggest that the new model could have larger dimensions than the existing one – wheelbase length could increase by 100 mm. There will be a lot more features and equipment on offer as well on the next-gen model. 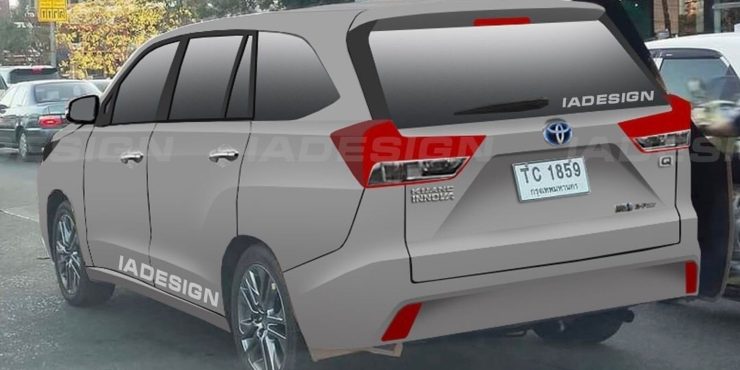 Toyota Innova HyCross will have a completely different design compared to the current model, likely to be inspired by other models in the brand’s global range, like Corolla Cross and Veloz. The interior design will be completely new as well. Thus, the new model is expected to look sleeker and be more upmarket than the current-gen model.

The forthcoming Innova HyCross is expected to be available with a new hybrid powertrain. This could be a 2.0-litre petrol hybrid powertrain, which reportedly entered production in India earlier this year. This electrified engine would be significantly more efficient than the existing petrol engine, and there likely won’t be a diesel option on offer on the new model.

As per previous reports, the current-gen model (Innova Crysta) will continue to be on sale alongside the new-gen model (Innova HyCross). In terms of pricing, there’s no clear verdict, with some suggesting that the new model could be priced similar to the existing one, not above it. Hopefully, we won’t have to wait too long to know for sure!