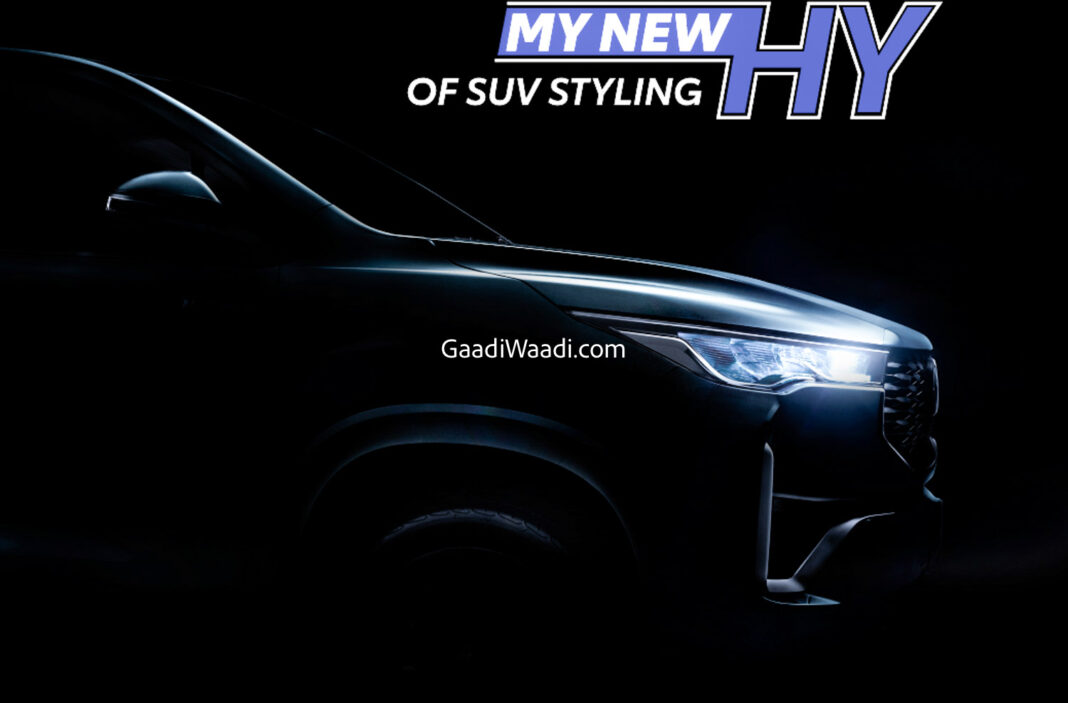 Toyota Innova Hycross will make its domestic debut on November 25 in India; to be powered by a strong hybrid petrol engine

Toyota’s Indonesian division has been teasing the new generation Innova, dubbed the Innova Zenix for quite some time now ahead of its global premiere in the coming days. And now, Toyota Kirloskar Motor (TKM) has joined the party as what will be christened the Innova Hycross has been teased for the first time in India.

The Japanese auto major will host the local debut of the Innova Hycross (almost certainly confirmed by the HY name in the teaser) on November 25, 2022 and its prices are expected to be announced at the 2023 Auto Expo in January. Toyota has released a partly shadowed image of the upcoming MPV but some details of the front fascia and the side profile can be seen.

The Toyota Innova Hycross gets a more muscular forward-dipping bonnet structure with sharper creases while the more prominent LED headlamp unit, part of the redesigned front grille with new inserts and a new front bumper section with a wider air intake having triangular housing on the edges, angular A-pillars, etc can be clearly noted.

Toyota has endorsed: “The legend has elevated itself to a new HY, with muscular SUV stance and glamorous yet tough styling” The Innova Hycross does have a more appealing styling compared to the existing Innova Crysta, which will be sold alongside it. It sits on the modular TNGA-C platform and will switch to a front-wheel drive layout.

The monocoque chassis will make the premium MPV roomier and its dynamic abilities are expected to be improved as well. The Innova Hycross will be offered in multiple seating configurations across the range and it will be powered by a 2.0-litre naturally-aspirated four-cylinder petrol and a 2.0-litre four-pot strong hybrid petrol engine.

The interior will have similarities with the Voxy MPV and the equipment list will boast a bigger touchscreen infotainment system with wireless Apple CarPlay and Android Auto compatibility, a 360-degree camera system, an electric tailgate, powered seats, a panoramic sunroof, an updated instrument cluster, a layered dashboard, Ottoman function for the captain chairs in the middle and so on.